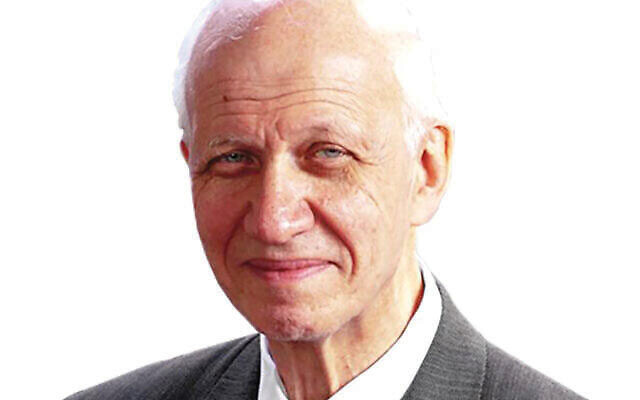 Our hearts go out to the members of the charedi Orthodox community in Israel and worldwide. Charedim are found in disproportionate numbers among the sick and the dead of the coronavirus epidemic. They are civilian casualties of the cruel, unrelenting war on all humanity being waged by Covid-19.

Numerous people have angrily blamed the charedim for the high losses in the community, arguing that initially their leaders rejected medical instructions. Various charedim have continued religious gatherings and Torah learning after health authorities called for social isolation. Those religious activities spread the disease much more in their midst.

Bad judgment does not justify rejection or hatred of innocent victims. Before the Shoah, many chasidic leaders told their followers not to go to Israel or America. During the catastrophe, many advised against flight (especially when done in cooperation with Zionists) and strongly opposed resistance. The outcome was a much higher percentage of deaths among charedim, perhaps 90 percent of those who chose to stay. But nobody would think of condemning the victims for following bad advice and policies. The charedim are flesh of my flesh and bone of my bone and of the Jewish people. They deserve compassion and care at this time of their troubles.

Proper understanding of the charedi situation includes acknowledging the legitimate factors that increased their vulnerability to the pandemic. Charedi families are larger and they typically live in tight quarters, which leads to increased contagions. They live a rich, more intense religious communal life. But these experiences multiply unintentional transmission of the virus.

At the same time, respect for the truth — and the commitment to prevent a recurrence — require that we critique the flawed charedi theology that leads to greater losses in these communities. First and foremost, they follow a biblical model in which God controls and does everything in history. They firmly believe that as long as humans please God by doing mitzvot, God will defeat their enemies and grant them victory (see: the Exodus and the splitting of the Red Sea). They are oblivious to the main rabbinic interpretation of the Bible’s covenant idea: that God has self-limited. In this interpretation, God has asked humans to take a more active role in history. See, for example, the Talmudic interpretation of Purim in which Exodus/redemption would not have happened unless Esther and Mordechai executed their plans to defeat Haman.

When asked whether charedi schools should be closed to prevent infection, Rabbi Chaim Kanievsky, a leading authority in Israel, replied: “God forbid. Learning Torah protects and saves” the Jewish people, citing Talmud Sotah 21a. He dismissed medical considerations because God controls every detail of history. This is the same theology that undergirds the charedi refusal to let their youth serve in the Israel Defense Forces. Not tanks and jet fighters but the exempted students learning Torah are the real defense force of the Jewish state.

In reality, the 90 percent of Israelis who serve in the military and sometimes give their lives save the fervently religious from the folly of a theology that makes the Torah unlivable for a whole society. In the case of coronavirus, this interpretation proved devastating.

The second serious misinterpretation in charedi theology is to see sickness and natural catastrophes as divine punishment for sins rather than as natural phenomena. Kanievsky was quoted as saying that the virus is a punishment for lashon hara (harmful gossip); if people would stop and repent, the plague would stop.

The flip side of punishment for sin is the charedi teaching that if you are doing a religious act, God will keep you safe. “Those who are agents doing a mitzvah will not be harmed,” R. Elazar asserts in Talmud Pesachim 8b. Some charedim, like many Evangelicals, allowed themselves to be exposed to coronavirus under the belief that God would protect them. This is nothing but magical thinking, and the Torah treats magic as abhorrent. The Bible insists that no Divine action can be compelled by human gifts, behaviors, or tricks. Magical thinking also disrespects God’s miraculous creation by claiming to override the objective and dependable system of natural processes and laws.

Pre-modern, magical thinking is the sad outcome of the lack of a secular education. To protect people’s religiosity, charedi rabbinic leadership inhibits secular education and excludes most uses of the internet as well. As a result, charedi Jews are seldom equipped to participate in the science and medical fields that are key to preventing and finding cures for dangerous pandemics, and the average charedi Jew lacks understanding of the serious threat of coronavirus and the urgency of taking preventive actions. Unfortunately, the Gedolim — the Torah greats — who make these rulings are as uninformed as their followers. The community has paid a terrible price for its leadership’s ignorance of science and secular knowledge.

In the last century, when they opposed Zionism, the charedi Gedolim, overall, were guided by the same defensive, insular theological thinking and lack of secular information. As a result, the Jewish community in pre-state Palestine became more secular, while the fervently religious in Europe were exposed to the catastrophic Nazi assault. Their leaders should have been turned out of office (as would happen in a democratic political system) — or they should have begun integrating modern thinking and Jewish religion. Instead, in the name of preserving the religion, they were granted unlimited authority. We can only hope that the reality check of the plague will lead to new directions in their religious thought and their attitudes towards to the rest of society.

All Jews are responsible for each other. The proper response is not blame or rejection but to consider together how to end the political coalitions and manipulations that have provided funding and special privileges to keep the charedi community unaccountable and on its current path. The sad outcome is an expanding, sometimes even inspiring community, but one deprived of essential knowledge, often mired in poverty and now vulnerable to disease. Everyone, together, must draw the lessons of this disaster to prevent a future repetition.

Rabbi Yitz Greenberg is a public intellectual and communal activist and the author of forthcoming “The Triumph of Life,” from which this column is adapted.