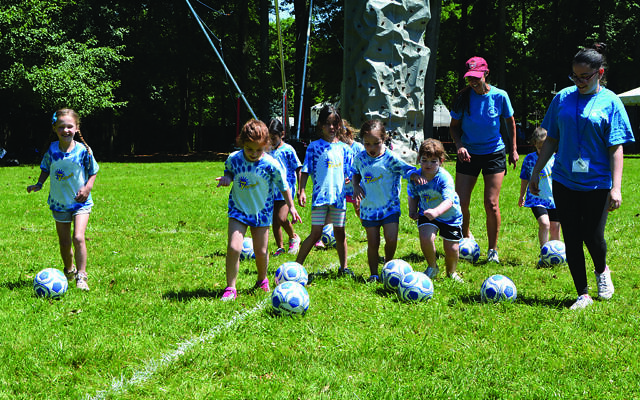 Rabbi Avi Friedman, of Congregation Ohr Shalom-Summit Jewish Community Center, knows all about the inclusion programming at the JCC of Central New Jersey in Scotch Plains. After all, his only son, Jonah, 19, has Down syndrome and has benefitted from the many such programs the JCC offers.

“It has been fantastic for Jonah,” said Friedman, who also has three daughters. “He attended the JCC’s Camp Yachad when he was younger, helped by the Camp Shadow program,” which pairs individuals with special needs with a buddy to facilitate all campers’ participation in the programming.

Jonah now works at Camp Yachad as a waterfront and sports specialist.

“In the winter, he attends social groups and feels like anyone else when he’s at the JCC,” said Friedman. “Their efforts with special needs individuals are just marvelous.”

It should be, according to JCC of Central New Jersey executive director Michael Goldstein, as inclusion is one of their core values. “We are so proud of the vital programs, services, and accommodations we offer to individuals with unique needs, and we continually try to address increasing demand,” Goldstein told NJJN in a telephone interview. “We feel like we’ve made a profound difference, and we know there’s so much more we can do.”

These inclusion programs, many conducted at the Wilf Community Campus, are about to go to the next level, coinciding with the observance of February’s Jewish Disability Awareness and Inclusion Month.

JCC of Central New Jersey was one of 15 JCCs across the country invited to participate in an endeavor such as J-Embrace, a project offered by a Jewish philanthropic foundation called PRESIDE that is offering a matching grant challenge for facilities with established inclusion programs. The funders of PRESIDE are anonymous.

The planning for J-Embrace started two years ago under Goldstein’s predecessor Jennifer Mamlet. Goldstein said that the J-Embrace fund-raising goal at the JCC of Central New Jersey is $750,000, with all eligible donations automatically increased by 50 percent through PRESIDE — for example, a $100 donation would net $150. PRESIDE will match donations until August.

“Our needs are growing, and the group we serve in our community is growing,” said Goldstein, who also said these types of programs aren’t new to the JCC. For example, Camp Yachad has had inclusion services since 2000.

Other special-needs areas the JCC of Central New Jersey focuses on include inclusion training for staff and volunteers, vocational training for young adults, caregiver support, and services for seniors with an emphasis on combating loneliness.

“We will be able to enhance our program in all areas” through J-Embrace, Goldstein said.

To take full advantage of the grant, the JCC appointed Beth Mitchell, a Westfield resident, to the position of director of inclusion and diversity. Mitchell, who will assume her new role March 1, is working part-time on the J-Embrace project. “Beth has extensive experience in all the areas we are focusing on to oversee the development of the program,” said Goldstein. “She will work with our objectives, train staff, anticipate developments, and work with the community,” along with other professionals.

Mitchell has served people with special needs at every age and stage of life for over 15 years. She has experience in early intervention for infants and toddlers, and worked as a speech pathologist for children and adult populations in rehabilitation centers, nursing homes, and hospices.

A member of Temple Sholom in Scotch Plains, she has a bachelor’s degree from Ithaca College and a master’s in speech-language pathology from Case Western Reserve, along with a master’s-level certificate in gerontological studies.

Mitchell told NJJN in a telephone interview that she is “excited” to be part of the programming after observing the JCC become “a leader in supporting people in the community with special needs.” 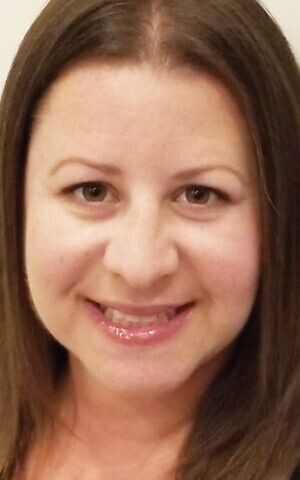 Starting next month, Beth Mitchell of Westfield is the director of inclusion and diversity at the JCC of Central New Jersey. Photo courtesy Beth Mitchell

“The JCC of Central New Jersey has been building an inclusive community for years and is a valued partner,” said Wanatick. “Additional staff and bringing in a person such as Beth will only enhance their programs.”

Goldstein said that J-Embrace will be immersed in Jewish tenets while programming remains open to all members of the community regardless of their faith.

“J-Embrace is done in an intentionally Jewish setting and seen through Jewish lenses, culturally and philanthropically,” he said. “With the matching grant, we can do so much more.”