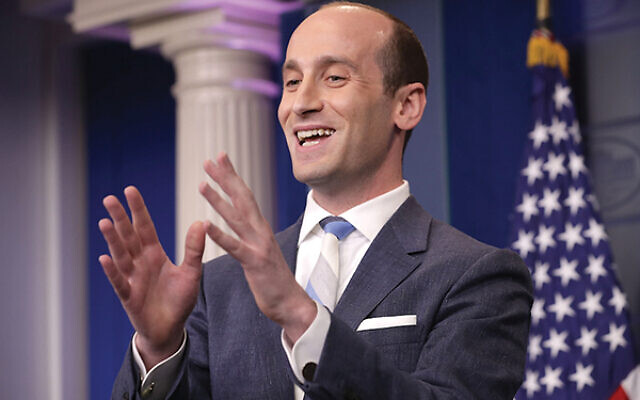 The senator was no right-wing firebrand, but New York’s Democratic Chuck Schumer, today’s Senate minority leader. His remarks reflect a time when right and left shared concerns about illegal immigration, and it was possible to imagine bipartisan legislation that would provide legal status to millions of illegal immigrants already in the country while beefing up security at the U.S.-Mexico border.

Those days are long gone, another casualty of the deep polarization within Congress (as opposed to the electorate, a majority of whom support a path to citizenship and agree that immigrants strengthen our country).

In the absence of compromise steps in Stephen Miller, President Donald Trump’s top aide on immigration, who has rejected any spirit of bipartisanship in pursuit of an immigration strategy that is notable for its cruelty and capriciousness. Worse, he appears to have injected ideas into the debate, if not cabinet meetings, that once sat at the very fringes of the nativist far-right, challenging the very assumptions that ours is a nation of immigrants. (It was Miller who famously argued that the Statue of Liberty is not a symbol of welcoming immigrants.)

A trove of leaked emails, obtained by the Southern Poverty Law Center, suggest an even more sinister side to Miller’s uncompromising anti-immigrant attitudes. They show him sharing with staffers at Breitbart News, prior to the 2016 presidential election, anti-immigrant material pushed by VDARE and other websites that traffic in white nationalist ideas. He also recommends “The Camp of the Saints,” a French novel the warns of  a “white genocide” at the hands of Muslims and people of color migrating to Europe. “White genocide” and its close cousin, “the great replacement,” are central tenets of the white supremacist movement. Seeing how Miller trafficked in this literature casts a new light on administration policies that he had a strong hand in crafting, from the “Muslim ban” to  the “zero tolerance” policy that separated immigrant children from their families at the southern border to efforts to make it more difficult for asylum seekers to gain protection in the United States.

The White House pushed back against reports about the leaked emails in the most cynical of ways, calling it “clearly a form of anti-Semitism to levy these attacks against a Jewish staffer.” Miller’s Jewish identity has nothing to do with the anger over his deep dive into propaganda that consistently demonizes Hispanics and other people of color. It has everything to do with the way these ideas distort what could be a sane, reasonable discussion about immigration, and how they have informed policies that have made it all but impossible for Americans to address our flawed immigration system in a spirit of compromise.