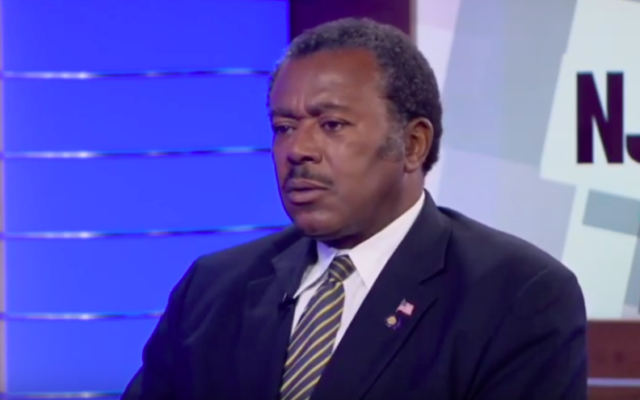 James Harris. chair of the New Jersey Association of Black Educators and the chair of the Montclair NAACP’s education committee. Source: Screenshot via JNS.org

James Harris, chair of Montclair’s NAACP and president of New Jersey Association of Black Educators, apologized for anti-Semitic comments he made at a Montclair community forum on Dec. 30, according to a letter on TAPinto Montclair.

In his apology letter posted Jan. 6 on Montclairlocal.news, Harris said, “I would like to express my sincere regret and apologize for the remarks I made about the Hasidic community …  My personal statement was meant to focus on the impact of gentrification on lower socioeconomic communities in Montclair, NJ…. Unfortunately I used terms and examples that have been interpreted as anti-Semitic.”

The apology was released on the same day that a private conversation between local African American and Jewish leaders was convened by Montclair Mayor Robert Jackson. Jackson did not provide further details but said that a statement from participating clergy members is forthcoming.

The following day, Jan. 7, the NAACP announced that it was removing Harris from his leadership position for the next six months, according to Montclairlocal.news.

According to TAPinto Montclair, during the December meeting, Harris, who spoke not on behalf of the NAACP, said the Jews living in Lakewood “control the Board of Education and the City Council” and suggested that the new chasidic community in Jersey City received preferential treatment in a neighborhood rife with violence. “Is there a situation where some lives are worth more than others’ lives?” he asked. “Because I didn’t see the governor … hanging up there … when these other shootings go down, so I think that we have to have an honest conversation.”

Rabbi David Greenstein of Congregation Shomrei Emunah reprimanded Harris at the community forum. According to TAPinto Montclair, he said, “If you take the word ‘Hasidics’ out and replace the word with ‘blacks,’ this whole room would be in an uproar.” He added, “Let’s recognize that calling groups of people with that type of superficial, stereotypical language is part of what has created the powerful injustice that everyone in this room knows so well.”

Greenstein confirmed his participation in the Jan. 6 conversation with the mayor to NJJN.