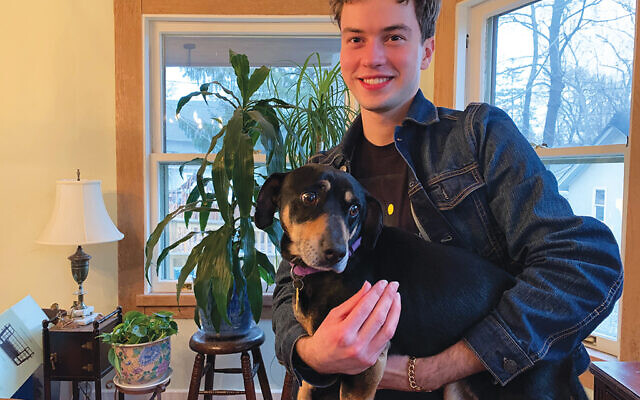 Along, long time ago, before coronavirus took over the news, way back at the beginning of February, it was Jewish Disability Advocacy Day, and a local group from Jewish Federation of Greater MetroWest NJ headed down to Washington, D.C., to lobby on Capitol Hill.

Arguably the star of the group was Ezra Rifkin, 20, of Montclair, who was the first to address each of the legislators.

In an interview with NJJN, he said, “I am speaking up not just for others who need these laws to pass but also for myself. There are wonderful people advocating for disabled people every day, but it is powerful when the person with disabilities is the one asking.”

Ezra, a 2018 graduate of Montclair High School, never lets his autism get in the way of advocacy.

With his floppy dark curly hair, easy smile, and boy-next-door good looks, it’s easy to be charmed by him. No matter that for a March 6 interview at his dining room table (before Covid-19 social distancing guidelines were common), he preferred reading his responses to questions provided in advance than answering off the cuff, or that even a simple conversation takes time and some patience as he formulates his answers. These efforts pay off in seeing him share his passions: to make life more fair and more inclusive for those with disabilities, and to end gun violence. 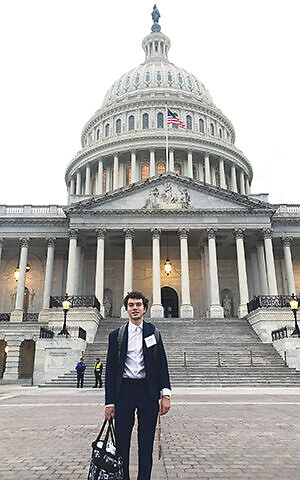 “My favorite slogan is ‘Nothing about us without us,’” he said. “People with disabilities should always have a voice and a seat at the table — don’t make any decisions about them without them. We understand what we need and what is best for us.”

He has lobbied politicians in Trenton and Washington, overcoming fears and anxiety about speaking in public to do so.

Linda Scherzer, director of federation’s Community Relations Committee, called him a “tremendous addition” to the advocacy teams for both gun violence and disability. “He’s laser focused, and so passionate,” she said. “He brings integrity and eloquence to everything he says.”

On gun violence, an issue he first took up after the shooting in Newtown, Conn., he said, “No one should feel afraid of being shot or killed in their church or synagogue, at a concert or supermarket or school.”

When the 2018 shooting at Marjory Stoneman Douglas High School in Parkland, Fla., started a wave of gun control activism, he participated in the club that got started at Montclair High and served as one of the speakers at the school’s walkout. He joined a group of teen advocates from federation in Trenton, led by Scherzer, where they met with politicians to advocate for seven specific gun violence prevention bills and then stayed to watch the legislators cast their votes. All seven bills passed that day.

“My dream to act out against gun violence had finally come true,” Ezra said. “I got to go inside of Trenton, New Jersey’s capital building and that was awesome.”

Later that year, the group traveled down to Washington. If the advocacy around stopping gun violence was trickier and perhaps met with less immediate success there, the impact on Ezra was no less profound. “Every time I speak up as an advocate it is practice for the next time I will speak,” he said. He was the only one of the teens with a disability, and the first of the group to sign up.

The February trip marked his second time participating in Jewish Disability Awareness Month (JDAD); he had joined the federation-led group of advocates that headed down to Washington for JDAD in 2019. Once again Ezra was the only member of the group with a disability, and the only young person. “I know what it is like to be underestimated and I want to use my voice to speak up for all people with disabilities so that we can have equal civil rights,” he told NJJN. 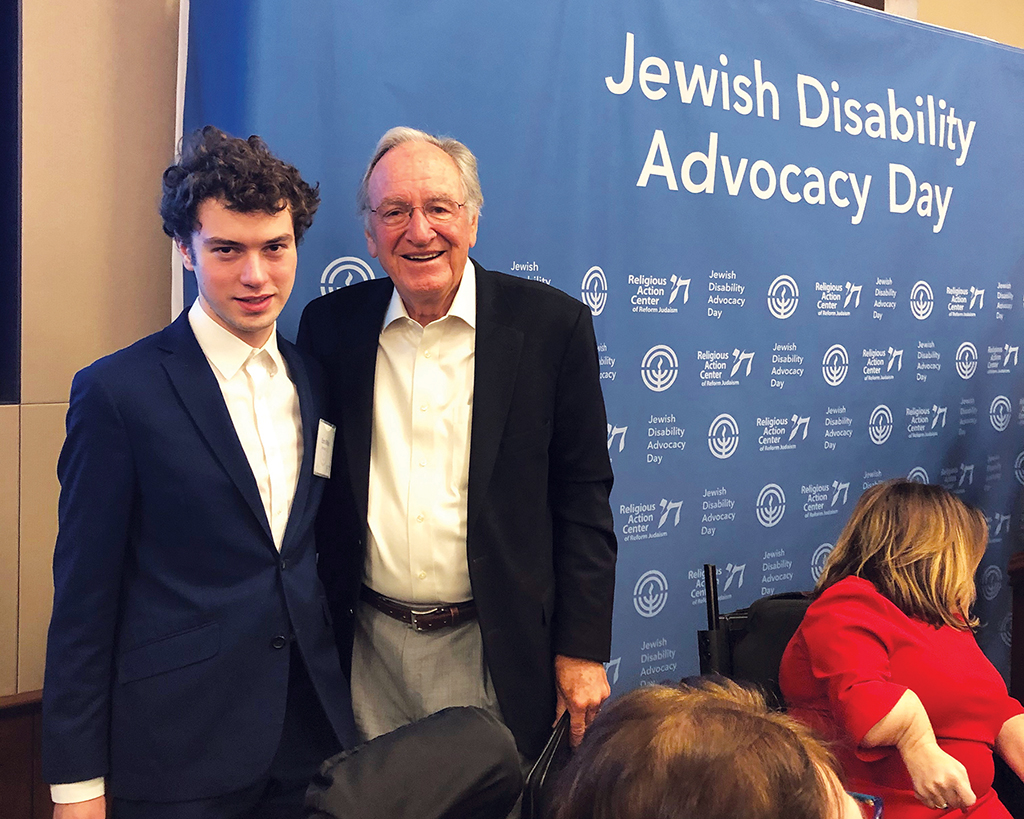 In 2017, he spoke out for the first time for JDAD at his own synagogue, Bnai Keshet, a Reconstructionist congregation in Montclair. He’s spoken there twice since, and this year, for the first time, at a second nearby synagogue, Temple Sholom of West Essex in Cedar Grove. He talks about his own experience, tries to relate his message to the weekly Torah portion, and reminds congregants that “people can and should engage with people with disabilities, hire them for jobs, talk to them, and get to know them.”

“Sometimes people are uncomfortable talking to people with disabilities; they might look different or communicate differently,” Ezra said. “People need to move through their discomfort and get to know us, what we think and feel.”

For example, he said that it can be hard when people speak or teach in a way that doesn’t work for how he learns and understands things. On the other hand, “When people take their time and try to understand how I communicate and learn, then I am able to participate in everything.”

He explains his motivation by quoting Hillel, who said, “If I am not for myself, who will be for me? But if I am only for myself, what am I? And if not now, when?”

He acknowledged that “sometimes it feels very scary and stressful to speak in public.” Still, he pushes himself to overcome his nerves and his anxiety. “If I do not participate, then I have no genuine purpose,” he told NJJN. “As Jews, we are supposed to stand up for justice.”

Before the shutdown Ezra had been taking classes part time at Montclair State University. He was also accepted into the Autistic Campus Inclusion Leadership Academy, sponsored by the Autistic Self Advocacy Network, a national grassroots disability rights organization for the autistic community. It’s motto: “Nothing About Us Without US!”