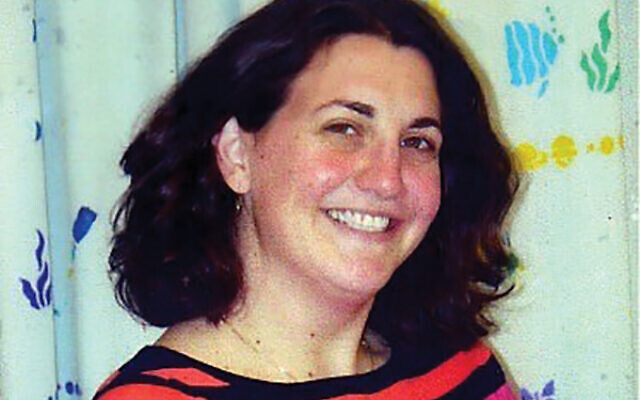 The spotlight rarely found Leah Hammerman. There were few if any public accolades, no dinners held in her honor. But she had a way of affecting people, quietly. Photo Courtesy Stephanie Carmel

Leah Shoshana Hammerman of South Orange was one of those people the community could count on. She taught, comforted, and played with our children; she made our minyans, read Torah and haftorah, even offered counsel to rabbis. She knew how to show up and say, “Hineni,” “Here I am,” with joy and presence. She had the ability to interact with youngsters in exactly the way they needed. To her, each child was sacred.

According to Rabbi Jesse Olitzky of Congregation Beth El in South Orange, where she was a member (as is this reporter), every year, right before Rosh HaShanah, Hammerman would send a check to Beth El with a note in the memo line: “In honor of all the babies born this year.”

She taught at institutions all over the community, including day schools like Golda Och Academy, Joseph Kushner Hebrew Academy, and Solomon Schechter Academy of Monmouth and Ocean Counties in Howell (which later became the Jersey Shore Jewish Academy before closing in 2010); afternoon religious schools across New Jersey; and at Camp Ramah. She also tutored students individually.

Her first religious school teaching job, according to her brother, Rabbi Eytan Hammerman, was at the Jewish Community Center of Long Beach Island, when she was just 14. It helped that Eytan was the principal, but even though he himself was only 16, he must have known what he was doing — at least in hiring his sister.

Rabbi Francine Roston of Whitefish, Montana, who for nine years, until 2014, was religious leader at Beth El, eulogized her close friend. She talked about Hammerman’s special affinity for children.

“She could play with them and speak their language. She could comfort them and celebrate them in all their vulnerability and courage,” said Roston. “Morah Leah was the one whom kids went to if they needed a hug or a listening ear, if they were sad or anxious.”

She was the kind of person whose care often went unsung, even unnoticed. Years ago, a child at Beth El had a panic attack. Hammerman was the one who comforted her.

“She hugged me and hugged me until I felt better,” she recalled upon hearing of Hammerman’s death. That young woman, now 19, is my daughter, and this was the first I had heard of the interaction.

The spotlight rarely found her. There were few if any public accolades, no dinners held in her honor. But she had a way of affecting people, quietly. In her eulogy, Roston talked about Hammerman’s love of walking — in parks, on mountains, and especially on the beach. “When we picture Leah, many of us can see her walking,” Roston said. “She was always moving. Some of this was shpilkis and the Hammerman impatience…. Most of it was her desire to be outside, to feel the power of her body moving her across this earth, free and independent.

“She walked through parks and forests, across beaches and the South Mountain Reservation, down the streets of Jerusalem and the streets of South Orange,” said Roston. “When Leah was too tired or in too much pain for a long walk, she took a short walk. When it was too much to go outside, she walked the halls of her building.”

Above all, said Roston, “Leah lived a life that mattered.”

It was not without challenges, and the stage-four lung cancer diagnosed three years ago proved insurmountable. She never married and did not have children, though Roston said that just before Hammerman was diagnosed she had decided to raise a child.

Hammerman was born in Point Pleasant and grew up in Toms River. She graduated from Toms River North High School and earned a bachelor’s degree from Monmouth University in West Long Branch. The daughter of a rabbi and sister to two rabbis, she provided a perspective to clergy that others rarely could. She became, Olitzky said in his eulogy, “rabbi to the rabbis.”

“She was someone who always offered to be there when I needed someone to talk to, as a congregant, as a friend, and as someone who understood what this life meant,” he said.

Her impact could be seen not only in the Jewish community, but in all of the communities she touched, including the Gaslight Commons apartment complex, where she lived and where residents said she seemed to know everyone, especially the children.

The funeral, at Beth El on Jan. 21, was attended by an estimated 400 people. Burial, with arrangements by Belkoff-Goldstein Funeral Chapel in Lakewood, was at B’nai Israel Memorial Park in Toms River.

Donations in her memory may be made to the Mercaz Special Education Fund in Memory of Leah Hammerman at Congregation Beth El, or the Leah Shoshana Fund for Children at the Jewish Communal Fund of New York.