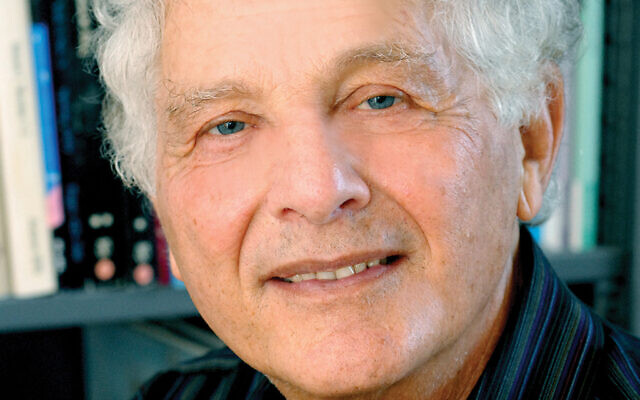 Even in his youth, said Robert Alter, “Hebrew spoke to me in all kinds of ways, including its extraordinary style.”

Robert Alter didn’t plan to translate the entire Tanach. In the 1990s, he received a request from an editor at Norton Critical Editions to edit a volume either on Kafka or the Bible. Alter suggested instead that he translate Genesis, and would apply his own, distinctively literary, vision.

“I’d been reading the Bible in Hebrew since my late teens, and the Hebrew spoke to me in all kinds of ways, including its extraordinary style,” said Alter, a professor in the graduate school and emeritus professor of Hebrew and comparative literature at the University of California, Berkeley.

He told NJJN in a mid-February phone interview that he thought a proper translation of the books of the Hebrew Bible should impart more “stylistic subtleties and the power of the Hebrew into English.”

Alter continued to translate biblical books in separate volumes for Norton, and four or five years ago he realized he had completed nearly two-thirds of the Tanach. So he decided to finish the job.

The complete work was published — to wide acclaim; it won the PEN Center Literary Award for Translation — in a three-volume set, “The Hebrew Bible: A Translation with Commentary,” in December 2018.

With his literary bent, Alter’s translations focus on issues of language, syntax, and stylistic techniques.

“I paid a lot of attention to Hebrew syntax, which is different from modern English syntax, but not that different from certain writers,” he said. That meant following “the expressive and eloquent use of the Hebrew word order in English.”

The terseness of the Hebrew in biblical narratives, Alter said, means there is “rather more weight to the single word than, say, in a novel of 150,000 words.” The Hebrew “generates certain distinctive, compact rhythms,” which is why he chose shorter words rather than multisyllabic ones in his translation; for example, he would use “fire” rather than “conflagration.”

Alter also recognized the importance of preserving repetition, “a subtle literary instrument in Hebrew writing that modern versions [of the Bible] strenuously avoid because they think it is boring, and they vary terms all over the place.”

As a primary source, Alter used the “Biblia Hebraica,” published in German in the 1960s, which, he said, is “not perfect, but has the advantage of giving you textual variance.” Alter said he doesn’t trust biblical lexicons because they sometimes miss subtleties. He also consulted modern scholarly commentaries and, from time to time, medieval Hebrew ones.

“My most helpful tool was a concordance to the Hebrew Bible,” he said. “If I wanted to get the particular connotation of a word, the general meaning of which is known, I would look at all the different occurrences of the word and then draw my conclusion.”

In his translation, Alter said, he tried to get back to the worldview of the biblical writers by “scraping away all the accretions of post-biblical Jewish and Christian traditions.” 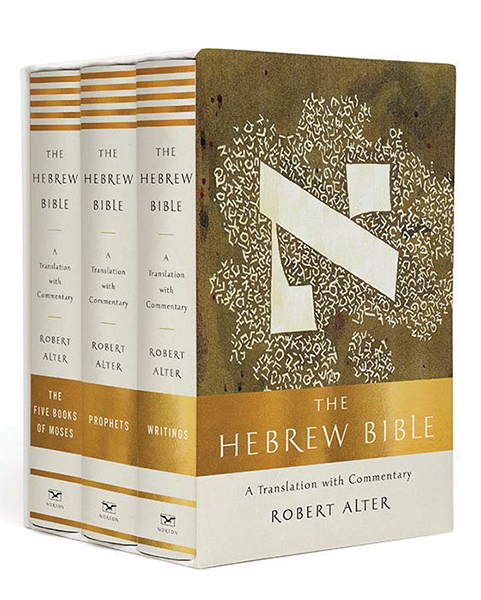 Nonetheless, he claimed that this work is in many senses a “Jewish” project, “partly because I had always related to Tanach as a Jew, and — especially in doing a commentary alongside the translation — I felt like I was latching on to an age-old Jewish form of expression and [way of] relating to the Bible.” And, of course, the order of the book and the divisions into Torah, Nevi’im, and Ketuvim follow the Jewish canon.

For one thing, Alter’s approach meant retranslating loaded theological terms according to their meaning in the biblical context. “Yeshua,” usually translated as “salvation,” biblically means “to get someone out of a tight fix.” So Alter translated this pragmatic, worldly term as “rescue.”

The word “nefesh” is often translated as “soul,” but biblical Hebrew, Alter said, had no conception of a split between body and soul, so he rendered it as “life breath” or, by extension, “throat” or “neck.”

Initially Alter envisioned his commentary as translator’s notes, in which he would point out an obscure word or an untranslatable Hebrew pun. But soon he realized that because the biblical world might seem vastly different, even strange, to modern readers, he would need to explain far more: marriage practices, conceptions of society, and the roles of men and women, for example.

He also became aware that the Bible’s literary techniques — its narrative styles and heavy focus on dialogue — needed elucidation as well.

In keeping with Alter’s practice of taking literary technique into account in his commentary, he talks about a convention of biblical narrative in which the first words spoken “are a way of laying out the character of that particular figure.”

He gave as a prime example the opening words of Jacob and Esau when the latter returns from a hunting expedition. Esau feels he’s on the brink of death and is willing to sell anything, Alter said. “In fact, Esau is so ravenous that he says, ‘Let me gulp down some of that red, red stuff.’ He is totally inarticulate and can’t think of the Hebrew word for porridge or stew. You immediately get a picture of Esau as a man of impatient appetite.”

By moving away from translations that reflect a particular ideology and instead opening the door to the Bible and its worldview, Alter leaves any theological interpretations to his readers.

He said, “I convey narrative technique, then I let the reader do the work about the conclusions about religious vision.”