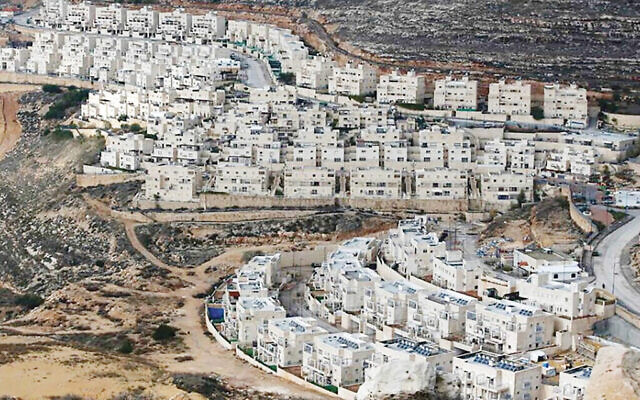 An Israeli settlement on the West Bank. Photos by Getty Images

President Donald Trump, fulfilling a campaign promise and providing a symbolic jolt to the pro-Israel community, moved America’s embassy in Israel from Tel Aviv to Jerusalem. He froze U.S. aid to the Palestinians. He recognized Israel’s sovereignty over the controversial Golan Heights. And he pulled the U.S. out of the Iran nuclear deal, a position Israeli Prime Minister Benjamin Netanyahu had been vigorously pushing for years.

But for all that, the president had not stepped directly into the highest-stakes question of Israeli-Palestinian politics, one that has increasingly come to define the widening gap between Israel and American Jews: the West Bank settlements.

It is still unclear whether the announcement Monday by Secretary of State Mike Pompeo that the U.S. would no longer consider the West Bank settlements as illegal — a reversal of a decades-long American policy — constitutes an official green light for Israel to annex the settlements or simply a continuation of the Trump administration’s friendly approach to the Israeli right as it inches toward unveiling an elusive peace plan.

Aaron David Miller, a veteran Middle East analyst in Democratic and Republican administrations and a senior fellow at the Carnegie Endowment, sees the announcement as representing the “last piece in a reframing exercise” undertaken by the Trump Israeli-Palestinian peace team. 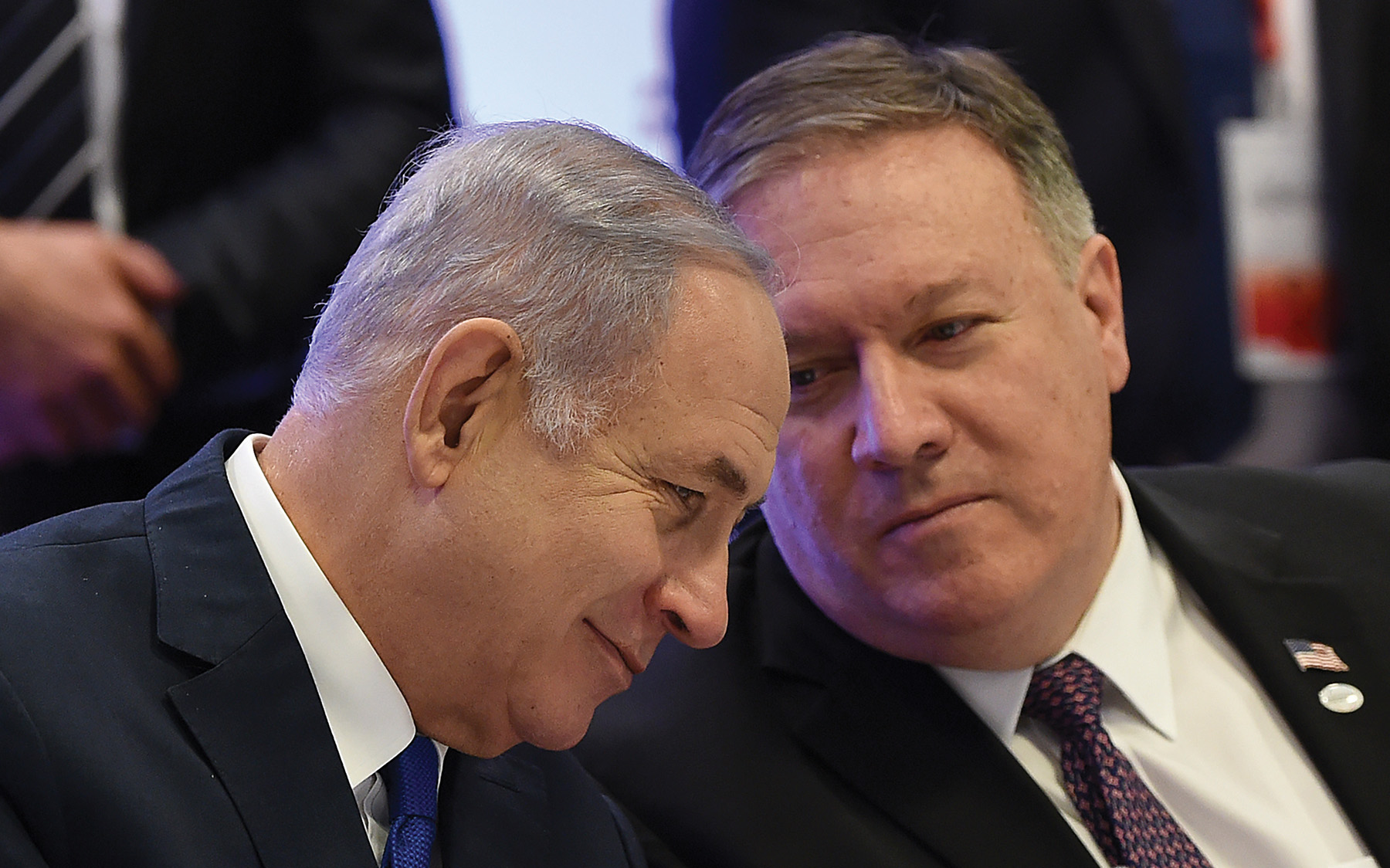 “What the Trump administration has done is clearly a break with traditional policy,” said Miller of the announcement in the context of the administration’s previous moves regarding Israel. “This was largely done because it’s easy, because it firms up the president’s base, and because there are members of this particular peace team” — including Jared Kushner, Mike Pompeo, and David Friedman — “who, I think, want to reframe U.S. policy toward a Palestinian state.”

A gift to Netanyahu

In Israel, the announcement will likely serve as a lifeline for Netanyahu, who failed to assemble a governing coalition after the country’s second election in one year and who may face a third election this year if a coalition is not assembled this week.

Netanyahu stressed, in a triumphant visit to the Etzion settlement bloc on Tuesday, that the announcement was a policy that “we have greatly worked for,” reminding the country, at the very moment its political future hangs in the balance, that he is the leader who gets results from Trump.

The move is not the first announcement the Trump administration has made in a way that would help Netanyahu at the polls. Just a few weeks before Israel’s election on April 9, Trump announced that his administration would recognize Israeli sovereignty over the Golan Heights. The timing was seen as boost for Netanyahu in a tight race with Benny Gantz’s centrist Blue and White party.

But in a statement on Twitter, Gantz thanked Trump for the settlements announcement. “I applaud the US government for its important statement, once again demonstrating its firm stance with Israel and its commitment to the security of the Middle East,” wrote Gantz. “The fate of the settlements should be determined by agreements that meet security requirements and promote peace.” 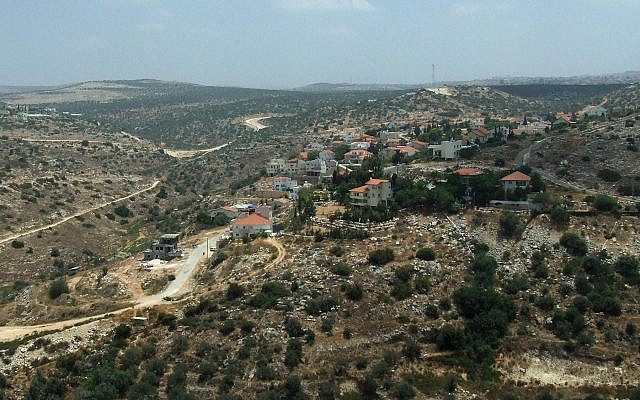 Ten years ago, pro-annexation voices weren’t a part of the main right-wing discourse. Today, they are a staple of the right and part of the prime minister’s agenda. With Washington seeming to warm up to the idea of annexation, Nimrod Novik, Shimon Peres’ longtime adviser, told NJJN that it’s hard for Israeli politicians to say that annexation is still on the fringes.

Novik, who is now the Israel Fellow at the Israel Policy Forum, believes that Pompeo’s statement “can’t affect international law but it can change the dynamics of Israeli politics.”

The policy shift widens the gap between U.S. policymakers and the rest of the world, which tends to view the settlements as illegal. It comes after the European Court of Justice ruled that products made in Israeli settlements in the West Bank must be labeled as produced in settlements.

Michael Koplow, policy director at the Israel Policy Forum, says Pompeo’s announcement is unlikely to convince other nations to shift their positions on Israeli settlements. “But it will have an impact in Israel in giving ammunition to the folks wanting to expand settlement construction and to extend sovereignty to the West Bank,” said Koplow. 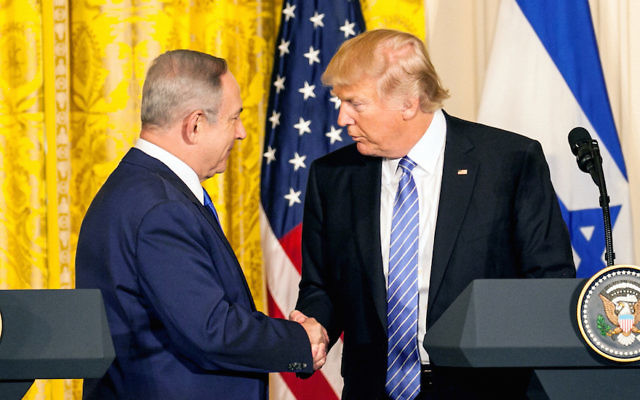 Israeli Prime Minister Benjamin Netanyahu, left, and President Donald Trump shaking hands after a joint news conference at the White House, Feb. 15, 2017. The two have long shared a mutually beneficial relationship. Some say the move by the Trump administration to legalize the settlements was to prop up support for Bibi in Israel. Getty Images

“The question will be whether an Israeli government takes this as a green light,” said Koplow. But he noted the impact the announcement would have on any future peace negotiations between the Israelis and Palestinians. “The next time Israel negotiates, it is going to have a bunch of new things that it will hold up as a new baseline.”

Sen. Amy Klobuchar was the only major Democratic presidential candidate to respond to the announcement, writing on Twitter that “Donald Trump is playing politics and taking us further away from a path to a two-state solution.” Still, the announcement may add fuel to the Democratic candidates for president’s campaigns — including Sens. Bernie Sanders and Elizabeth Warren as well as South Bend, Ind. Mayor Pete Buttigieg — who said they would consider conditioning foreign aid to Israel on ending the occupation of the West Bank. The announcement was expected to push the candidates to address the settlements issue in this week’s debate.

Israel’s settlement-building activity has long irked American Jews, especially younger ones. Pompeo’s remarks elicited a cacophony of predictable responses, most of them along partisan lines.

Groups on the left condemned the move, saying it would open the door to unlimited settlement building and, eventually, total annexation of the West Bank and the end of the Jewish democratic state.

Halie Soifer, executive director of the Jewish Democratic Council of America, said the announcement constituted “a green light for Israeli annexation of the West Bank, which will permanently impede prospects for a two-state solution.” 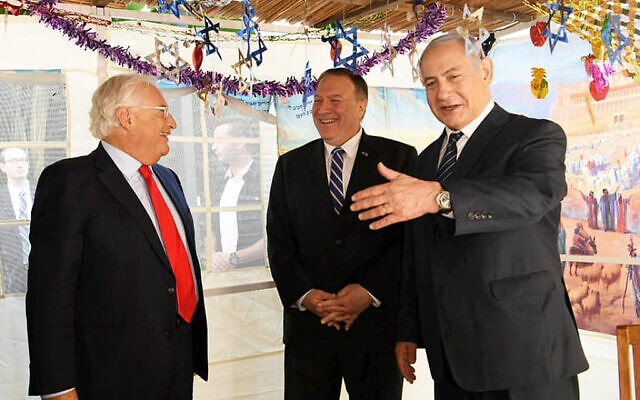 US Secretary of State Mike Pompeo visits the prime minister’s Sukkah, during talks with Prime Minister Benjamin Netanyahu on October 18, 2019. At left is US Ambassador to Israel David Friedman (Amos Ben Gershom / GPO via TOI)

Groups on the right voiced their gratitude for the move.

“We applaud the Trump Administration’s very pro-Israel policy announced today,” Norm Coleman, the Republican Jewish Coalition’s national chairman, said in a statement. “This is a historic decision by the Trump Administration, one that recognizes the facts on the ground and the necessity of a negotiated peace between the parties to the conflict.”

The National Council of Young Israel, the Orthodox synagogue association, thanked the Trump administration for the announcement, calling it “a validation of our enduring belief that Israeli citizens have an absolute right to make their homes there” and “a direct rebuttal to the false assertions that they are an impediment to peace.”

The Orthodox Union sounded a similar note, calling the announcement a “common sense statement” and thanking the administration. “This important policy statement has been necessary since the prior Administration and serves as a testament to the United States’ support of Israel, its most important ally in the Middle East,” said Nathan Diament, director of public policy at the OU.

The American Jewish Committee, representing a decidedly centrist stance, expressed hope that the announcement would “prompt a long overdue correction in international perceptions” but warned that the move should not “serve as a predicate for increased settlement activity beyond the established blocs widely expected to be recognized as part of Israel in any conceivable two-state compromise.”