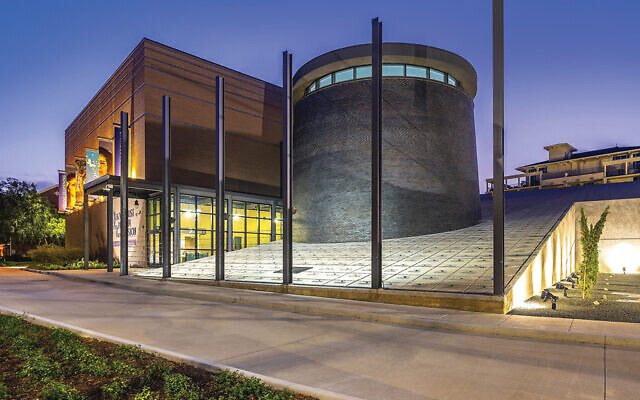 Houston — In this sprawling, increasingly Hispanic city, the only “fully bilingual” Holocaust museum in the country recently hosted Dolores Huerta, the 89-year-old cofounder with Cesar Chavez of the United Farm Workers Union.

A few hours up Interstate 45, the newly expanded Dallas Holocaust and Human Rights Museum shines a light not only on the murder of Jews during the Shoah but also on the mistreatment of Native Americans and atrocities committed in China, Cambodia, and Rwanda.

And half a world away in Johannesburg, South Africa, when leaders of a newly opened Holocaust and genocide center wanted to mount an exhibit about the Rwandan genocide, local Holocaust survivors balked. “They didn’t make a connection with our own [Jewish] history,” the institution’s director, Tali Nates, told NJJN in a telephone interview. “It took time to explain.”

Making that connection increasingly explicit — between the Holocaust and the mistreatment of farm workers and Native Americans, the cruelties of the slave trade and apartheid, and other genocides the world over — is the hallmark of the new Holocaust museum.

Kelly Zuniga, CEO of the Holocaust Museum Houston, which reopened last year after a $34 million expansion and reorientation, explained the new multicultural, inclusionary, and intersectional approach of institutions like hers.

In a recent interview with NJJN at the museum, she said, “By examining the history of the Holocaust and establishing connections to modern-day society — whether it be the rising tide of anti-Semitism or hate crimes against targeted groups — we can begin to think critically about the role we play in society and how our individual and collective choices impact others.”

Seventy-five years after the liberation of Auschwitz and with the annual Yom HaShoah (Holocaust Remembrance Day) commemoration set for next week, Holocaust education is being transformed from Texas to New York, and it is reaching new audiences in a demographically changing nation.

“Holocaust education is the foundation of our museum,” Zuniga said. “And while we are committed to educating the public about this history, it is crucial to consider how the themes and lessons of the Holocaust remain relevant in our lives today.”

To that end, all of the exhibition panels in the Houston museum contain text in English and Spanish. There are Spanish-speaking docents, the videos have Spanish subtitles, and the modest gift shop offers many books in Spanish.

In Albuquerque, Leon Natker, executive director of the New Mexico Holocaust Museum, leads an institution that presents exhibits on slavery and the Rwandan and Armenian genocide. He told NJJN that a show on the Native American experience is in the planning stages. “Our mission always included [education about] acts of bigotry and genocide beyond the Holocaust,” he said. “It not only doesn’t diminish the uniqueness of the Holocaust — if anything, it sets it apart as possibly the greatest example of man’s inhumanity to man ever documented.”

This sense of inclusion in Holocaust museums around the country “is inevitable — it’s necessary,” said Menachem Rosensaft, a son of Holocaust survivors who is active in activities related to the so-called Second Generation. By ignoring the tragedies of other groups, “We’re building a wall against ourselves,” he said. “If we don’t care about other people’s suffering and tragedies, how can we expect other people to care about ours?”

Part of this shift can be attributed to a rise in anti-Semitism and hate crimes against other minority groups in the United States and abroad over the last few years. A growing number of Holocaust museums are redefining their missions to deal with the contemporary ramifications of prejudice as well as the Shoah’s historical aspects.

“We all have greater multicultural sensitivities,” said Holocaust authority Michael Berenbaum, citing books by Jewish authors that include or concentrate on non-Jewish victims of the Third Reich.

In Manhattan, subtle shifts are taking place at the Museum of Jewish Heritage – A Living Memorial to the Holocaust in Battery Park City. The current, ambitious show, “Auschwitz. Not long ago. Not far away, ” highlights the death camp experiences of such non-Jewish victims as Gypsies, Poles, Jehovah’s Witnesses, people of color, and LGBT people.

“Over the years, the museum has presented programs, for example, on the Armenian and Rwandan genocides, Nazi persecution of gay men and the contemporary fight for equality, and multiple programs on the rise of white nationalism,” said Joshua Mack, the museum’s vice president for marketing. Last week, in a sign of its “commitment to social justice,” Mack said, the museum presented an online concert marking International Roma Day.

The museum is also beginning to focus more fully on anti-Semitism in the wake of the attacks in Pittsburgh, Jersey City, and Monsey, N.Y., its new CEO, Jack Kliger, told NJJN recently. As part of New York City Mayor Bill de Blasio’s response to the uptick in anti-Semitism, the museum is hosting tours of its facility for eighth- and 10th-grade public school students from the Brooklyn neighborhoods of Williamsburg, Crown Heights, and Borough Park; the “Never Again” message, but now with a contemporary urgency, is reaching a new generation of non-Jews.

Not everyone is on board with the more inclusionary approach, reflecting a debate that has taken place in recent years. Steven Katz, former director of the U.S. Holocaust Memorial Museum (USHMM), is a strong advocate of emphasizing the uniqueness of the Holocaust.

Katz, founding director of the Elie Wiesel Center for Judaic Studies at Boston University and author of “The Holocaust in Historical Context” (1994), said he objects to the “new field of genocide studies [that] has been successful in promoting the idea that the Holocaust is one among many genocides in history.”

Another former director of the USHMM, Walter Reich, has also objected to what he called the urge by museums to dilute the uniqueness of the Holocaust and to “hitch Jewish experience” to universal lessons about “intolerance.” “But intolerance isn’t what animated Hitler to murder the Jews,” he wrote in an essay in the online magazine Mosaic. “[W]hat animated him was a vicious form of anti-Semitism.”

Recognizing other tragedies emphasizes the unique nature of the Shoah and does not weaken its memory, countered Berenbaum, the one-time project director of the USHMM. “When uniqueness is irrefutable, analogies need not be feared, since they cannot be mistaken for equivalents,” he said. “Only by understanding the fate of other groups, detailing where it paralleled Jewish treatment and, more importantly, where it differed, can the distinctive nature of Jewish fate be historically demonstrated.”