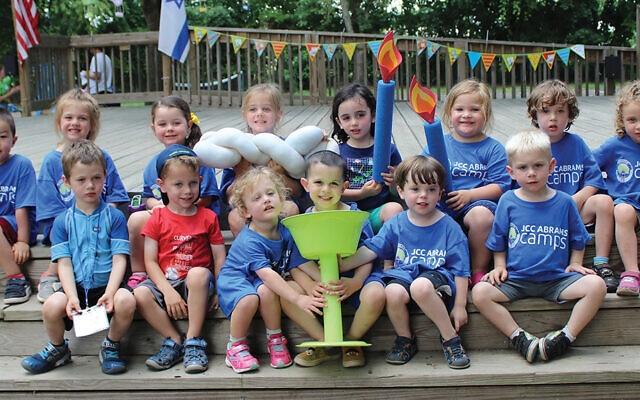 JCC Abrams Camps in East Windsor has yet to announce its opening, but executive director Wendy Soos said they are “planning vigilantly and remain hopeful for our 60th summer.”Photo from jccabramscamps.org

Like so many parents, Amir Goldstein, a West Orange father of three, said his family is anxiously waiting to learn whether camps will be permitted to open this summer. If they are, he plans to send his kids. But he’s not optimistic.

“It will be a big burden on parents and kids to not have that time away,” said Goldstein. His kids, ages 10, 14, and 15, were signed up for a combination of Camp Nesher of NJY Camps, Camp Moshava, and Achva East. His only contingency plan is to make use of his backyard. “It’s going to be a complete disaster, but at least I have a backyard.”

Many camps have already sent families letters explaining that because of the coronavirus they are awaiting government permission to open and to learn what restrictions, testing requirements, and guidelines will be imposed by the government and their own medical committees. And late last week, as first reported by JTA, the Union of Reform Judaism (URJ) announced that all Reform summer camps, including Camp Harlam in Pennsylvania, would be cancelled for the upcoming summer. Conservative Camp Ramah Darom in Georgia, according to the same report, will be closed as well.

Still, most others told families they are preparing to open.

“Regardless of external circumstances, we are moving forward with our priority, as always, of protecting the health and safety of our community members,” according to a letter from Camp Ramah in the Berkshires.

Doron Krakow, president and CEO of the JCC Association of North America, which represents 150 Jewish day camps and 25 overnight camps with 100,000 campers and staff, spoke to NJJN before the URJ announced its decision to close for the summer. He said he expects “the first decisions will be bellwethers for the field.”

“Camps are working closely with their medical advisory committees, and those whose summer seasons start early will be compelled to make decisions and we’ll hear of deferred openings,” he said. “I would not be surprised to hear announcements that affect the entire summer. It’s possible there will be announcements about delays and potential cancellations.”

Krakow added that the “calculus is different for day camps that work week-to-week, and those that run on the grounds of the JCCs have a relatively short lead time. I heard some execs say they could operate camps with 48 hours’ notice.”

But the novel coronavirus is threatening to derail, curtail, or at the very least restrict camp activities this year. JCC Abrams Camps, a day camp in East Windsor that is a beneficiary of the Jewish Federation of Princeton Mercer Bucks, has yet to announce a decision for 2020. When reached by text, executive director Wendy Soos wrote that she was “unable to share any additional news other than the JCC Abrams Camps is planning vigilantly and remain hopeful for our 60th summer.”

If camps are allowed to open, one parent said she fully expects to have to sign a waiver saying she will not sue should her child contract Covid-19.

“At this point, there are more questions than answers,” said Janet
Fliegelman, interim executive director of NJY Camps. “But we are planning for camp. That’s what our staff is doing, and that’s what we’ve shared with families.” Part of that planning, she said, involves evaluating every piece of the camp program, deciding what will work and what may need to be changed. It also includes planning for different scenarios, such as a late opening and reducing the number of campers. Like everyone else, she’s hopeful, and said the camp is even receiving some new inquiries from families not already signed up.

While some parents, like Goldstein, expressed their intentions to send their children if camps open, others are more cautious. Erika Handler of Scotch Plains, whose two daughters, ages 8 and almost 11, are signed up for NJY Camps’ Nah-Jee-Wah, said she would need to evaluate certain safety measures, like whether intercamp games are cancelled, whether campers are staggered so they aren’t piled on top of each other, what the camper-to-counselor ratio is, what counselors are doing on their days off (are they confined to the camp?), and what medical staff will be on premises through the summer. Still, she said, “Every night, I say a little prayer” that it will open.

The Centers for Disease Control and Prevention (CDC) is expected to publish guidelines for summer camp operations. A draft copy reportedly calls for camps in states that are in phase one of the Trump administration’s reopening plan to be restricted to the children of essential workers. Those in phase two would be permitted to serve only children who live in the local area. And states in phase three would be restricted to those from limited transmission areas. 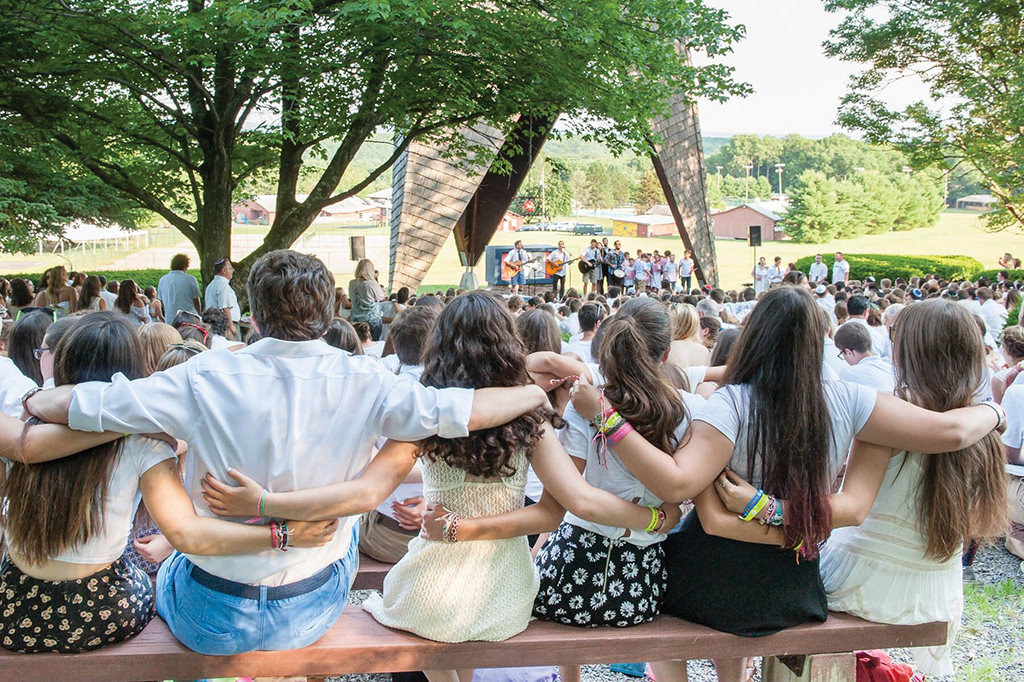 But Jeremy Fingerman, CEO of the Foundation for Jewish Camps, stressed in a statement that those are just draft suggestions that might only apply to day camps.

In addition, it is not known what phase New York state or New Jersey will be in when camps are slated to open, said Susi Lupert, executive director of the American Camp Association of New York and New Jersey. (There are no Jewish overnight camps located in New Jersey.)

“These are just guidelines and have nothing to do with the Department of Health licensing of camps,” she said. “We’re talking about something 60 days away; the world has changed in the last 30 days. That’s a long time. We believe that if the infection rate goes down as it has been there is hope we can see summer camps happen. I believe they will be able to open in some capacity.”

Two-thirds of overnight camps in the Northeast are scheduled to open on June 30 or later, according to Fingerman, giving them “another three or four weeks before they have to make a final call. The American Camp Association has been working with the CDC” and it is expected to operationalize the guidelines for camps.

Once they both issue guidelines, it would be up to the states to review them and “come out with certain mandates by mid-May that would say here is how to do camp this summer,” said Yoni Stadlin, founding director of Eden Village Camp, a Jewish farm-to-table sleepaway camp with locations in New York and California. “And those mandates might dictate to camps whether to open or not.”

Logistical difficulties, such as getting travel permits and U.S. visas, may prevent Jewish camps from hosting Israeli shlichim or emissaries who, in partnership with the Jewish Agency for Israel, come to the U.S. to serve as a central resource to increase campers’ Jewish identities and connections to Israel. Helene Drobenare Horwitz, executive director of Young Judaea Sprout Lake Camps, said their camps usually host 35 to 40 shlichim each year. She said she is “still optimistic for some sort of [camp this] summer. We’re not giving up. Nobody wants it more than us. We would move heaven and earth to make this happen because we all understand that for everyone’s mental, emotional, and social health, we all need it.”

On the whole, stressed Rabbi Mitchell Cohen, national director of Camp Ramah, “summer camps are very healthy places — outdoors and away from technology and filled with people who are at low risk for the virus, assuming we screen out those who are at high risk.