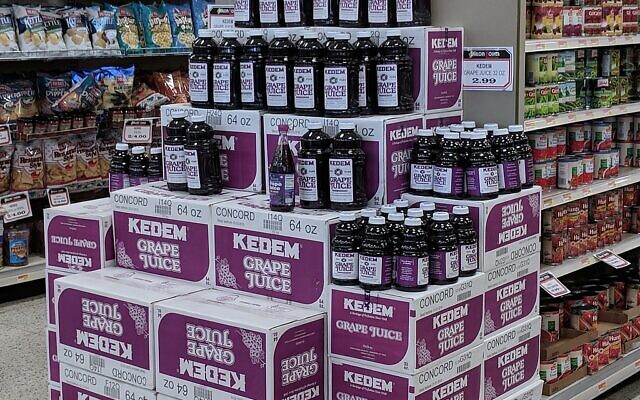 It’s in bulk! And on sale! Wikimedia Commons

Jewish food can be the stuff of jokes or sentiment, but when kashrut enters into it, sentiment gives way to sanctity. When tragedy enters into it, in the form of a hate-filled attack that killed three at the JC Kosher Grocery in Jersey City, we start thinking of these “ordinary” neighborhood kosher groceries in the words of a mourner’s hymn: old friend, we hardly knew ye.

After the murders in the Pittsburgh shul there were vigils all over the country. Jews all over America, some who rarely go to synagogue, went to shul on the Shabbat after the killings in solidarity with the Tree of Life victims, in defiance of the fear. After the Dec. 10 attack, there was an interfaith vigil at a Reform synagogue in Jersey City and of course funerals for the victims. But imagine the kosher grocery as a scene for communal grief and defiance. As a woman posted on Facebook after the murders, “I’ve been trying to figure out … why and how a kosher grocery store feels just as — and maybe more, to me, sometimes — Jewish and safe and holy… as shul.”

The grocery feels like shul, perhaps, because the holy life happens as much in the everyday as in the pews, if not more so. As the baseball manager Earl Weaver used to snarl, “This ain’t football. We do this every day.”

Nothing is more “every day” than the neighborhood kosher grocery.

Ramshackle kosher groceries are to corporate Jewish enterprises what the wallflower is to the popular kids in high school: ordinary and overlooked. And yet, kosher groceries have lately been moving from the advertising pages to the front pages. In Paris a few years ago, four Jews were murdered in the Hypercacher kosher grocery. In 2018, on the anniversary of those murders, another kosher grocery near Paris was burnt to the ground — arson.

A ne’er-do-well kosher grocery worker was the subject of the recent Yiddish film “Menashe,” the story of a sweet “shlepper” who spends his days stacking shelves and making deliveries. Menashe loves the Holy Books but he’s the kind of chasidic Jew who’d happily drink malt liquor in the back room with the Latino grocery workers, confiding in men with whom he has little in common except the brotherhood of blue collars.

Miguel Douglas Rodriguez was one of those brothers in real life. Miguel, a worker at the Jersey City kosher store, was murdered while helping Jewish customers escape through the back. 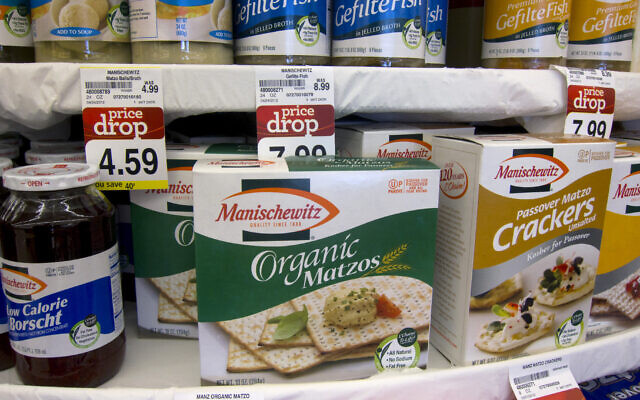 An ode to the kosher grocery, where matzah can be found year round. Pxhere

Modern supermarkets might have more products, but the small kosher grocery guarantees that everything within it is on the kashrut up-and-up.

These places are open late Thursday nights, the young woman posted, because “that’s when you’re up cooking late for Shabbos.” In these groceries, “you can feel, in the chaos of Erev Shabbat, that these people — so often women — are doing holy work as they buy what they need to feed their families for Shabbat, creating memories of special ‘Shabbos foods’ that their children are going to grow up associating with kedushah [holiness] and Judaism and Shabbos” every bit as much “as the melodies they hear in shul.”

Like Ralph’s Pretty Good Grocery in Lake Wobegon, if your neighborhood kosher grocery doesn’t have it, you probably don’t need it. They sell Shabbos candles, yahrtzeit candles, one-dollar tin menorahs, obscure Israeli foods, meats for Shabbos, and chickpeas for “shalashudos” on a late Shabbos afternoon. Not to mention egg challahs, water challahs, raisin challahs, pull-apart challahs, round, and rectangular, and you never have to think about them stocking whatever you want, until hate comes to a neighborhood near you, and the place may never reopen.