This Melton class meet at Temple Beth Shalom in Livingston in 2019.

The Florence Melton School of Adult Jewish Learning, which calls itself the “largest pluralistic adult Jewish education network in the world,” opened in 1986. Since then, it’s taught more than 50,000 adults around the world.

Many of them remain fiercely loyal to the program and the way it exposes them to Jewish life, thought, and history. That’s because Melton understands that its students are adults, with all the life experiences and sophistication they’ve gained throughout their lives, instead of the children they might have been the last time they undertook any serious (or at least long-term) course of Jewish study.

There are about 50 Melton schools across the world, in 47 regions. One of them is in West Orange, where Melton’s headquarters are at the JCC MetroWest. There is a Melton course offered at the JCC; there also are seven other places — all synagogues — where students could enroll this year.

Now, Melton’s New York-based international headquarters has appointed a rabbinic council; seven rabbis, all long-time Melton teachers, from around the country (plus one, exotically, from Cape Town, South Africa), representing a range of Conservative and Reform synagogues.

One of those seven rabbis is Matthew Gewirtz of Congregation B’nai Jeshurun in Short Hills.

To be clear, Rabbi Gewirtz loves the Melton program.

“I’ve been here at B’nai Jeshurun for 16 years, and I’ve been teaching Melton for at least 13 or 14 years,” he said. “I was approached to do it my first or second year, and I said that I had too much going on, there was too steep a learning curve. I had just become the senior rabbi of a pretty big place and I didn’t think it would be smart to take on such an intensive weekly responsibility.

“They thought I was blowing hot air, but I said, ‘I’m not putting you off. Nothing means more to me than teaching, and Melton has extraordinary significance and depth. So please give me a year.’

“And they did. They came back the next year, expecting me to blow more hot air, but I was ready.”

Before he started, Rabbi Gewirtz wanted to make sure that there would be enough students to make it a worthwhile effort. “I said I won’t do this until at least 10 members of my own community decide to take the course,” he said. “The program is open to the community. We had, I think, 30 people sign up, and 18 of them were our members.” 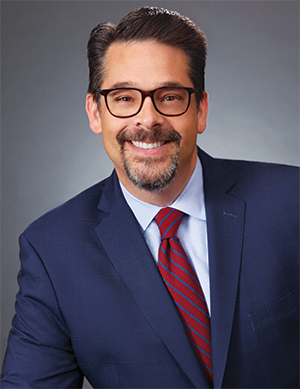 So the program was on at B’nai Jeshurun.

Over the course of the years he’s been teaching Melton, “about 150 have come through the program,” Rabbi Gewirtz said. It’s changed over the years. There used to be a two-year foundation course that students had to take first. That’s no longer the case.

There’s now a core of about 25 students “who come every week, even during the pandemic,” when the program was moved online, Rabbi Gewirtz said. He usually went to the empty synagogue building to teach the class, however; he’s not sure why, but he found he got something intangible from being in that place.

In order to begin the Melton program, a learner has to commit to two years of study. (That’s a toothless threat, of course; no one will come after a Melton drop-out. But leaving the program in the middle, despite the commitment, is rare.)

When he looks back at the more than 150 people who have studied with him in the Melton program, Rabbi Gewirtz once again is impressed by them. “These are people who are studying 30 weeks a year, from one to two and a half hours a week. They have to pay tuition and buy books.

“They are so committed to each other, and to the process, that they don’t want to miss anything.”

Rabbi Gewirtz now is teaching the Book of Leviticus “in depth,” he said. “We’re really digging into the major stories, and the commentaries. I have taught theology, mysticism, the Holocaust, Genesis, Exodus, and Deuteronomy. I have taught ethics generally, and business ethics specifically. I’ve taught about the Middle East conflict.”

Students, at least at B’nai Jeshurun, come from a wide range of backgrounds, he said. The youngest usually are in their late 30s; the oldest are, well, far older than that. Some of them are retired, some between jobs, some working from home, some parents of pandemic-beached young kids.

All need commitment to the active job of learning.

“Melton was fashioned so that the teachers wouldn’t just be talking at people,” Rabbi Gewirtz said. “The idea is to help people understand the value of chevruta study. It’s not just what you know, but the discipline that you bring to the material.

“In a really good Melton class, it’s an hour long but you as the teacher have spoken only for about 20, 25 minutes. The students all dig in. 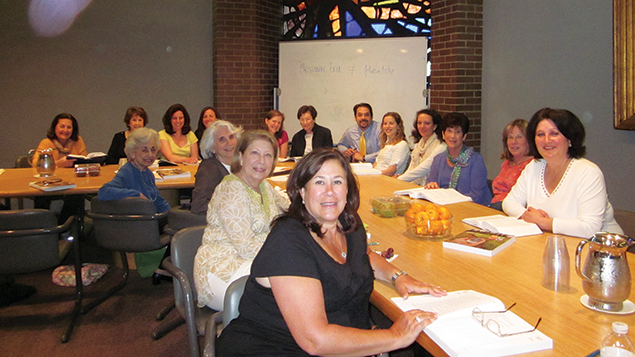 “You don’t have to know Hebrew, but we do a lot of etymological work, and we are exposed to the Bible plus 2,000 years of commentary.

“Our students really are exposed to a lot.”

The rabbinic council “can help grow Melton to really reach Jews in more ways than a lot of the Jewish world does now. It gives an infectious sense of what Jewish study can do; the cabinet is made up of rabbis who believe in the system.

“Rabbis have a lot of responsibilities, yet I never stop teaching an hour or so of Melton a week. When I first agreed to teach, my mother said, ‘Why are you taking on something else?’ And I said, ‘This is why I became a rabbi in the first place.’ It’s the ability to reach people’s minds, and their spirits. This and the Torah study every Shabbat morning keep me grounded.

“We want to really sell Melton, and Jewish learning. We want to get it to as many people as possible.”

Melton brings in students from across the Jewish world, he said. “In every class, I have people from Conservative and Reform synagogues, and every year I always have someone from one of the Orthodox synagogues. That is one of the brilliant parts of Melton. Each of the students share their backgrounds, and the Orthodox students don’t necessarily know more than the Reform students, although everyone assumes that they must. It all depends on how Jewishly educated you are.

“This is klal Israel. This organization actually brings people together.”

Rhonda Lillianthal is the director of the JCC MetroWest’s Center for Jewish Life, and she oversees the local Melton program. She’s been doing it since 2006, and she’s developed “very longstanding collegial relationships with the head rabbis and educational directors at all the sites,” she said.

Although there are classes offered at the JCC, it’s not surprising that people tend to go to their own synagogues for them, she said. “We find that students like learning at their own synagogues and building relationships with their own rabbis.” In fact, she added — and Rabbi Gewirtz agreed — sometimes students who come to classes at a synagogue and become part of the community go on to join it formally, as dues-paying members.

“So we are building local communities all around MetroWest,” Ms. Lillianthal said. “We’re creating communities of learners.”