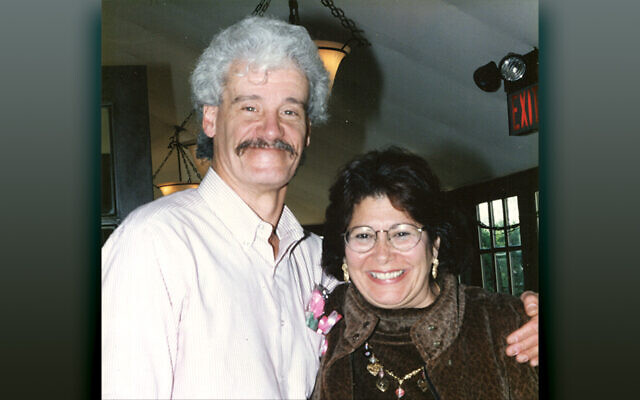 Jonathan Lazarus before, with his wife, Gail.

Transitions are a continuing part of our lives. Some are seamless, others jarring, many positive, a few heartbreaking. Recently, as I’ve come to the cusp of 80, I’ve been forced to contend with a transition not of my own making, but one imposed by health challenges. That’s hardly unusual for a person my age, although it’s a bit more complicated facing it during the pandemic, even one that’s seemingly winding down.

In the months ahead, I will continue to mask and maintain social distancing as those about me are shedding their protection and cozying up to friends and loved ones. While restaurants, concert venues, and congregations begin to re-acquire the trappings of the old normal, I will be maintaining my distance — no, it’s something more than that, a measured apartness — as my immune system copes with chemotherapy treatments for lymphoma of the spleen. The only relatively close contact with others will occur during appointments for infusions and assessments at Cooperman Barnabas Medical Center in Livingston. When I’m at the supermarket, I practice defensive cart-wheeling in every aisle. And although I’ve returned to the JCC MetroWest for light workouts, gingerly trying to coax back some muscle tone, I’ve made sure to exercise in wide-open spaces.

For the past two years, my wife and I adjusted to covid restrictions as they unspooled, often ambiguously, always in flux, sometimes in contradiction. Both of us are vaccine and science advocates, and have been ever since we queued up for polio shots as youngsters in our Newark school playgrounds decades ago. And we are fully vaxxed and boosted. As delta and omicron variants intruded, our family canceled a vacation and several holiday gatherings out of an abundance of caution — just like millions of others. Because we are retired empty nesters and mutual caregivers, our stress factors during the pandemic were considerably less than couples working remotely while their children sat (or roughhoused) in the next room during virtual classes, or those dealing with elderly loved ones living with them or sequestered in a nursing home.

As a result of my chemotherapy, I recently received two doses of Evusheld to strengthen my covid resistance. The new drug has been authorized by the FDA on an emergency basis, but the process hasn’t gone smoothly. According to a recent New York Times article, some doctors and patients didn’t know the medication existed while other physicians were unfamiliar with the two-shot, twice-repeated regimen and didn’t advocate for it. The government has yet to provide guidelines on who gets Evusheld, with most hospitals reserving it for cancer and transplant patients, while others are using first-come first-served lotteries. And adding to the confusion, the treatment is offered as prophylaxis for recipients without covid, not as a curative for those who’ve already contracted it.

The Evusheld uncertainty also confronted me with a painful reality. My stepson Michael was diagnosed with MS nearly 20 years ago. The autoimmune disease affects neural transmissions and requires him to take twice-a-year infusions. Mike is a model patient and an activist in the MS community who exhibits a steely determination not to let the condition dominate his life. But the pandemic presented him with an additional hurdle. Although he received both vaccine shots and the booster, he could not develop sufficient antibodies against covid. For the past two years, Mike has rarely ventured from his home at the Shore. He works remotely, fulfills his parental duties as creatively as he can, and maintains an even, optimistic disposition despite the extra burdens. 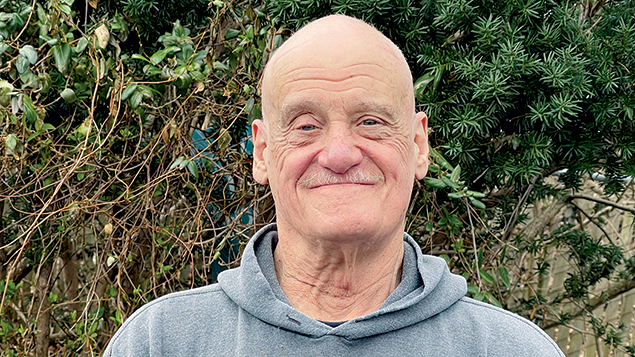 As of this writing, Mike had spent two months attempting to obtain Evusheld through contacts in his medical and MS networks, but to no avail. I reached out to my Barnabas treatment center and the MS office and was told that only cancer or transplant patients were receiving the shots. Finally, Mike’s proactive persistence paid off. After using a website and contacting area hospitals again, he was able to have the necessary preclearance paperwork faxed to his doctor’s office and now has a date-certain appointment to receive the shots at Jersey Shore Medical Center. According to the Times report, the federal government has bought hundreds of thousands of Evusheld doses from AstraZeneca that sit in warehouses awaiting distribution. The disconnect feels doubly frustrating when a family member is involved and is forced to go to such great lengths to obtain the drug.

Meanwhile, my treatment for lymphoma proceeds along a well-ordered schedule. Like all cancer patients, I have a personal narrative, and it’s one that I choose to share beyond family and friends in this public space. Symptoms began presenting late last year with a rapid drop in weight, extreme fatigue, loss of appetite, night sweats, and balance issues. After confounding my GP and two specialists for weeks, my wife and I went to the emergency room at Cooperman Barnabas, where my oncologist (observing me for several years for a much less acute lymphoma) immediately ordered a battery of tests and scans. After a spleen biopsy confirmed cancer in that organ, I began chemotherapy and remained in the hospital for 13 days.

The most difficult part of my stay was not being able to see my wife or have visitors as part of the covid protocols. Fortunately, Gail and I and Dr. Robert Grossman had an early, three-way phone call where the diagnosis and course of treatment were discussed in detail and unanimity. Although the void of not being able to interact with loved ones can be terrible at times, let me offer unstinting praise to the professionals and support staff at Cooperman Barnabas for trying to cushion their absence.

From the custodians to the food servers to the gurney transporters, to the chaplaincy representatives (a rabbi with a Shabbat kit, a Catholic layman with empathy), to the nurses and on up to the physicians, an atmosphere of caring and concern predominated. I was fortunate enough to have a single, freshly remodeled room in the oncology unit. While the medical regime was sometimes grueling, the human interactions were always pleasant and often uplifting. As a patient, I never felt ignored or had a request denied. All the praise directed at these front-line responders, especially during the pandemic, still doesn’t do justice to their demanding tasks.

For the next several months, the rhythm and choices of my life will be dictated by my outpatient chemotherapy every three weeks. Each session lasts about six hours when a mix of drugs is dripped or injected into my body through a port implanted in my upper right chest. I will feel a bit queasy for three or four days before a normal feeling returns and lasts until it is time for the next round. Three infusions completed, three to go. Since starting treatment, I’ve gained back weight and lost hair. For someone extremely proud of his full head of gray matter (quite literally), the experience was slightly disconcerting until I told my wife to take the clippers and remove what little remained. Samson shorn? Hardly. But I’ve escaped baldness for so long that the Daddy Warbucks look takes some getting used to.

I feel fortunate and blessed for many reasons during this transition, including family love and support, excellent medical care and coverage, and encouragement of friends. I also feel a kinship with other cancer patients that bonds us in ways real and mystical that were unimaginable just a few months ago. My doctors expect an excellent outcome and I’m going to hang my hat (which I now wear constantly) on that.

Jonathan E. Lazarus of West Orange, a retired editor at the Star-Ledger, is a copy editor at the Jewish Standard and the New Jersey Jewish News.