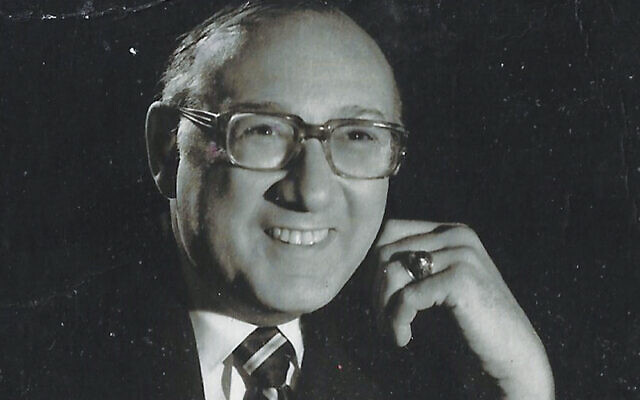 Mr. Sterling began attending New York University in 1941, and interrupted his studies to join the United States Army in 1943, where he served as staff sergeant and wrote for “Stars and Stripes.”

After graduating from NYU, he worked as a manager for Buxton Manufacturing Company. In 1951, he began attending Yale Law School.

In 1954, he graduated from Yale Law School with honors, receiving the Robbin’s Prize for the highest grades in third year and the LaRue Munson Prize for proficiency in service to the public defender of New Haven.

After law school, he began working at the law firm of Lum, Fairlee, Foster in Newark, and then became counsel for Tishman Realty and Metropolitan Structures. He then founded and served as CEO of Sutton Construction Company. This role was followed by positions as CEO of Berkley Realty Group, counsel at Wilentz Goldman Spitzer and Rothe Johnson Fantacone, and founder of B4 Development Co.

He was also heavily involved in New Jersey’s health-care community. From 1972 to 1978, Sutton Construction executed all of the construction projects for Newark Beth Israel Medical Center, where he then served as a trustee. In 1995, he became chairman of the board of Orange Memorial Hospital and later of St. Michael’s Medical Center. His other philanthropic activities included serving as the chairman of the building committee of Temple B’nai Abraham, overseeing construction of the congregation’s new facility in Livingston in 1973.

He enjoyed art and architecture; playing football, basketball, and baseball; and jazz.

He is survived by his wife of 66 years, Elaine (Druckman); his children, Robin Wasserman (Kelly Stup) and Brian (Linda) Sterling; and four grandchildren.

Arrangements were handled by Bernheim-Apter-Kreitzman Suburban Funeral Chapel, Livingston. Memorial contributions may be made to Yale Law School.