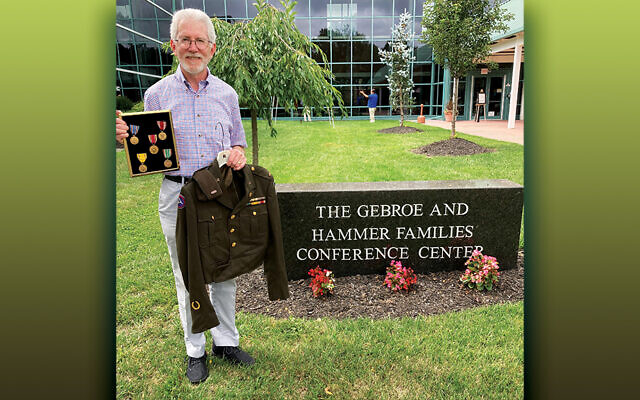 Irwin Buckman enlisted on September 6, 1940. He served in the 1st, 78th, 79th, and 86th infantries and at the headquarters of the 1st Airborne Army and reached one of the highest rank available to non-commissioned officers.

The JHS’ collection of what is called “militaria” serves to document the role that Jews have played in America’s wars. The society also welcomes additions to its collections from men and women who served in Korea, Vietnam, and Afghanistan. To donate, email Linda Forgosh at lforgosh@jfedgmw.org.