She said she and her husband “are very proud of our grandson, Itai. He works very hard to support Israel’s national team. He is very dedicated and is a wonderful ambassador for the State of Israel.”

The 19-year-old shortstop’s father, Josh Goldner, grew up in Maplewood and made aliyah in 1996, when he was 24. Itai is the oldest of his three children.

“Having an American dad, we’d visit the States and go to Yankees games and play ball in the backyard,” Itai Goldner said. “When I was 8, I asked my dad if I could join a team, and he found one in Tel Aviv.”

That team was run by the nonprofit Israel Association of Baseball, founded in 1986. Baseball then was relatively unknown in Israel, which favors soccer and basketball. Then and now, the leaders of IAB come from an American background, as do many of the players — even those born in Israel. 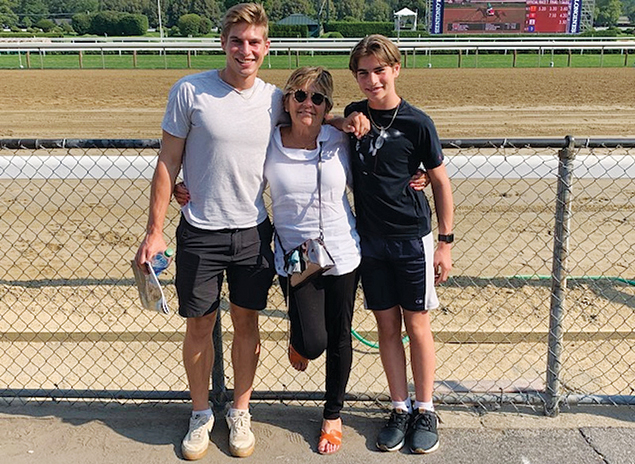 Itai stands with his grandmother, Ellen, and his brother Asaf.

“Until high school, I played both baseball and soccer, and then I decided to go all in for baseball,” Mr. Goldner said. “I just really love playing the game.” He joined a national team when he was 11.

When Mr. Goldner was drafted into the Israel Defense Forces last February, the IAB recommended that the army classify him with an “outstanding athlete” designation, which enables talented soldier-athletes to continue training and competing in their sport during their military service. Right now, he is one of four outstanding baseball athletes in the army. “I go to my base in Tel Aviv a few hours every day, depending on my schedule,” he said. (Because Israel is such a small country, many soldiers commute from home rather than live on base. Mr. Goldner splits his time between his dad’s residence in Tel Aviv and his mom’s in nearby Herzliya.)

Baseball has taken Mr. Goldner to Italy three times and to the Czech Republic and Sweden twice each.

“It’s always a super fun experience,” he said. “It’s a week or 10 days of just baseball with your friends. To be doing that and representing Israel is pretty awesome.”

Over the summer, he helped set up a summer baseball league in Richmond, Virginia, at the behest of University of Richmond assistant baseball coach Nate Mulberg, also one of the baseball coaches for Israel’s Olympic team. Mr. Goldner was hosted by two local families through the Jewish Community Federation of Richmond.

He went to New York in July to train with the national team before Israel’s Olympic debut. Although he was on the extended roster of 44, he was not among the 24 players chosen to go to Tokyo. Instead, he got up super early in the morning in Richmond to watch his teammates compete. 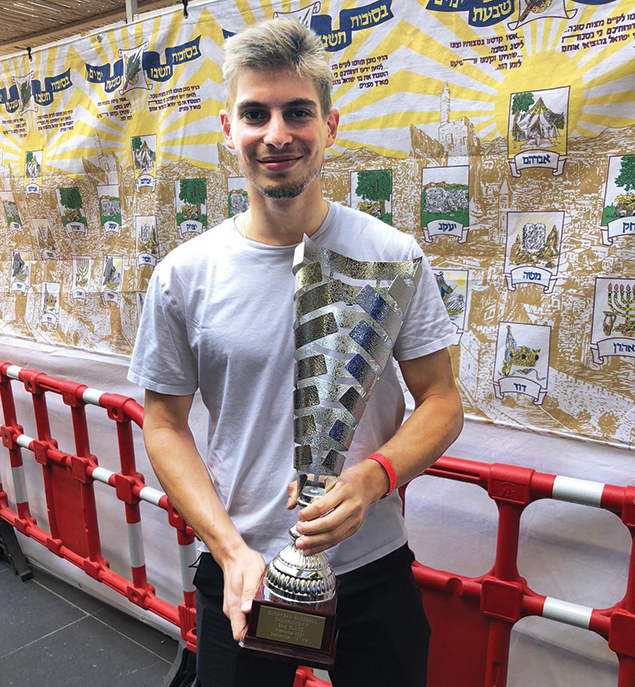 “The team’s goal was to get a medal, which unfortunately didn’t happen,” he said. “But I was excited to see my friends in the game.”

Mr. Goldner said that Israelis perceived the Olympic baseball team that competed under the blue-and-white flag with some disinterest, or even disdain, because all but four of the players were Americans whose Israeli citizenship was on paper only. In contrast, the national team generated “an insane amount” of Israeli coverage, support, and pride for its appearance at the European Championship in September. “It was broadcast live in Israel, and there was a lot of excitement,” he said. “This was a team with a lot of sabras, Israeli born and raised, with names Israeli kids can relate to, like Asaf and Tal and Itai.

“It’s cool for someone like me, who plays baseball, to see Danny Valencia” — a former Major Leaguer — “play for Israel in the Olympics, but it was not as relatable for Israeli kids.”

At 19, Mr. Goldner was the youngest Israeli player to start in all six of the European tournament’s games, giving him a rare spotlight.

“The first three games, I started as designated hitter and in the three playoff games I started in the outfield, a position I haven’t played much,” he said. “But the team needed me, so I had to step up, and it was fun knowing I could help the team in that situation.”

His personal highlight was in the quarterfinal match against the Czech Republic. 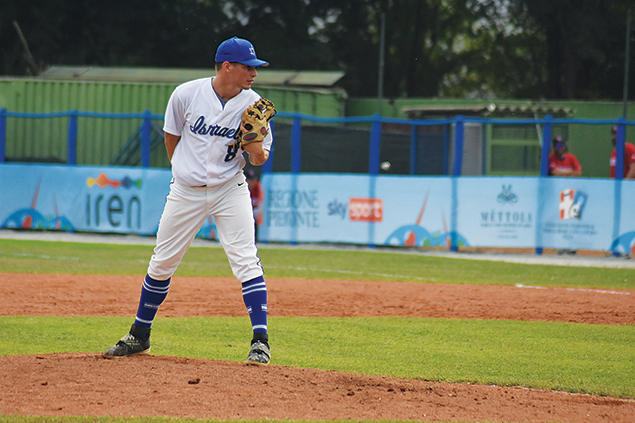 “I came up to bat in the bottom of the ninth with two outs and nobody on base. I hit a single and advanced to second on an error, which was followed by Joey Wagman hitting a single and me scoring the winning run.

“That was a surreal feeling. The emotion was incredible. “

Mr. Goldner, who also dabbles in professional modeling, finds time to coach for the IAB. He works with a young team in Tel Aviv and is assistant coach for the under-18 and under-15 national teams. His brother, Asaf, is on the latter squad.

“Baseball is a great sport,” he said. “It is not as developed in Israel, but we’re making strides with homegrown Israel talent. A lot of that is through American support. I’d love to connect with other baseball enthusiasts to help us develop it. I’m happy to have this opportunity to represent Israel and any support is greatly appreciated.”

When he was in the United States over the summer, he realized that “there was a lot of misinformation and ignorance about Israel, and that really harms us. I’m 6,000 miles away, so there’s not much I can do, but I would say to Jews in America to just keep an eye out and see that this stuff doesn’t get out of hand because it affects you as much as it affects us — if not now, then in the future.”

As for his own future, he is not sure what path he will pursue after finishing his military service in August 2023.

“College baseball is an option, but it’s two years from now, and you never know where you might end up,” Mr. Goldner said.