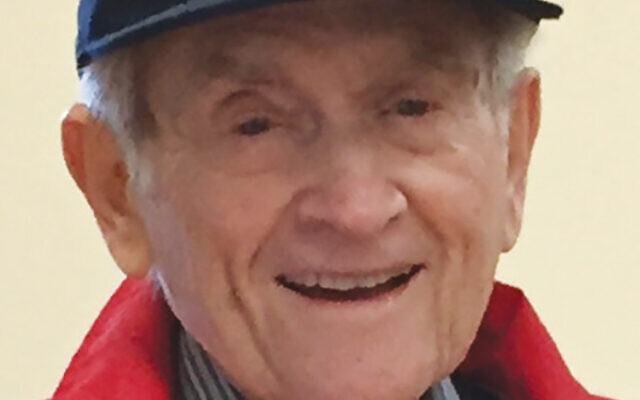 Jack Gartenberg, 93, of Parsippany died October 26, 2019. Born in Brooklyn and raised in the Bronx, he lived in Parsippany for the past 40 years.

He graduated from City College of New York with a degree in mechanical engineering.

He served his country as a member of the 4th Division of the U.S. Marine Corps during World War II, where he was wounded in the Battle of Iwo Jima and earned a Purple Heart.

During his retirement, he enjoyed being an avid stock and bond trader. He was an enthusiastic reader and collector of books about World War II and became a sought-after speaker at veterans’ groups, organizations, and schools. Over the years, local newspapers interviewed him for feature articles about his wartime experience.

He took on leadership roles in several veterans’ organizations, serving as commander of Morris County Chapter 246 of the Military Order of the Purple Heart for the past 15 years; earlier, he was president of the 4th Marine Division Association, Garden State chapter. He was also a life member of the Marine Corps League Slattery Detachment in Whippany, the Jewish War Veterans in Livingston, and American Legion Post 43 in Florham Park.

Predeceased by his wife, Bernice, in 2005, he is survived by his daughter, Barbara; his son, Michael (Lisa); and two grandsons.