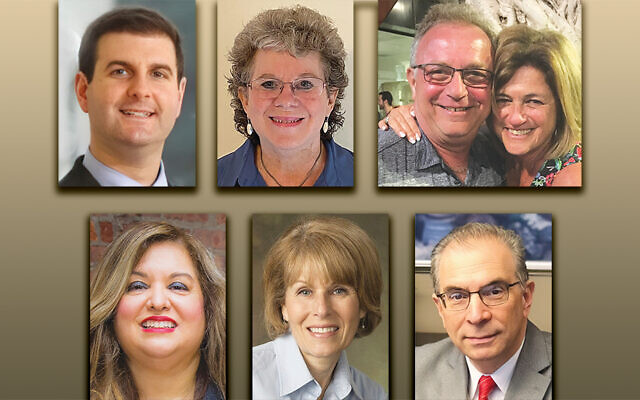 The Jewish Family Service of Central New Jersey’s annual gala dinner is its main fundraiser; funds from the evening support its work, including mental health, homecare, Keeping Older Adults Safe, and food insecurity programs serving the Union County community. This year, the gala, which will be online, is set for Tuesday, December 14, at 8 p.m.

Community partners have all come together to support the agency’s many programs, including the modifications JFS has instituted for safety during the pandemic, and they will be honored. The Janoff family granted JFSCNJ use of the event spaces at the Crystal Plaza in Livingston to film parts of the event.

Harrison Till of Hoboken will receive the Lilly K. Gottlieb award for his work in helping to expand the JFS Charlotte Shak Food Pantry to allow it to keep up with the increased demand it experienced during the pandemic. Mr. Till, a private wealth advisor, sits on the Young Leadership Cabinet board of the Jewish Federation of Greater MetroWest. He and his wife, Ariel, are the parents of Addison. According to Harrison Till, “I’m always interested in supporting Jewish causes where I can make an impact.”

Phyllis Reich of Elizabeth, who has devoted the second part of her career to working in and improving Elizabeth, will receive the Miriam S. Karch award. She also has helped the JFS to grow its marketing and social media presence while connecting the agency to other community resources and organizations.

Elyse and David Deutsch of Scotch Plains have been longtime leaders the organizations with which they have been involved during the 31 years they have lived in Union County. Ms. Deutsch, who works to alleviate food insecurity in the community, became a JFSCNJ board member in 2016. After they retired, both Elyse and David Deutsch became active JFS Charlotte Shak Food Pantry volunteers.

Marian Z. Stern will receive the Community Partner award on behalf of the NJ Pandemic Relief Fund, which gave JFS a $70,000 grant to buy food for the JFS Charlotte Shak Food Pantry during the pandemic. Ms. Quitano was a team leader for the NJPRF’s committee that screened and prioritized applications for the fund.

Ed Palmieri, Jr. of Fanwood, who has spent his career as a group medical insurance and retirement plan professional, working with various municipalities, counties, and school boards, will be the first recipient of the JFS Business Leadership award. Mr. Palmieri was a Union County Commissioner in the mid-1980s, serves on boards of various other Union County-based boards, and was a founding member of the Greater Elizabeth Chamber of Commerce.

Everyone who registers and attends the dinner will have a chance to win Judaica donated by the Adir Gallery of Edison; two courtside tickets to a Knicks game, date TBD, donated by David and Lori Moore; Apple AirPods donated by the Pekarsky family; and signed Vikings memorabilia donated by the Wilf family. Winners will be notified and announced on JFS social media. No cash substitutes for prizes.

Sponsors will be listed on the Scroll of Honor and in all publicity. To donate or to register to watch the gala, go to jfscentralnj.org/dinner or call (908) 352-8375.