Lisa Schwartz thinks she knows who is responsible for the shout that New Jersey State Assemblyman Gordon Johnson of Englewood (D.-37) has called “a disturbing incident of antisemitic bias.”

The shout — Congressman Josh Gottheimer (D-NJ Dist. 5) heard a protester scream “Jew” at him; it’s accurate, in that he is proudly Jewish, but it was not meant with love — was hurled in September, as he was concluding a visit to businesses in Glen Rock to promote the federal infrastructure bill. He was confronted by protesters from the Working Families Party of New Jersey, who were upset by his refusal to vote for President Joe Biden’s Build Back Better bill until after the infrastructure bill had passed. They worried that the bill that Mr. Gottheimer championed, which had won support from 13 House Republicans, would be passed and the rest of the president’s agenda would languish. This so far has turned out to be the case, with Senator Joe Manchin (D-West Virginia) so far refusing to vote for the broader agenda despite repeated negotiations with the White House.

As Mr. Gottheimer recounted the incident in in a speech at Rutgers University about antisemitism in December, “I held an event in my district to talk about the benefits of the bipartisan federal infrastructure bill, only to have members of the Working Families Party disrupt the event by screaming ‘Jew’ at me. What has our country come to?”

In the wake of the speech, the Working Families Party immediately denied the story of the shouted insult. New Jersey Working Families Party State Director Sue Altman issued a statement saying “We believe Rep. Gottheimer has gotten inaccurate information and respectfully ask that he retract it. He may not totally align with our politics, but that doesn’t make it right to mislead a group of students about where we stand.”

Mr. Gottheimer disagrees; he heard what was shouted at him, and it is as disgraceful to deny it as it was to indulge in such hatred in the first place. “This was not a misunderstanding, and that slur is hateful,“ he said. “Instead of denying the incident, they should join me and reject hate speech.

“I just don’t understand why they don’t take responsibility or, at the very least, acknowledge the incident, recognize it’s unacceptable, and move forward.” 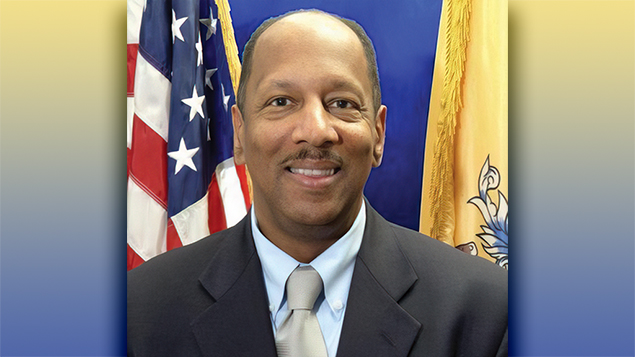 The New Jersey Working Families Party, unlike the New York Working Families Party that inspired it, does not run candidates for office; the difference between the state’s election laws makes third parties in New Jersey far less viable than in New York. It does, however, endorse candidates. And in 2020, it endorsed Mr. Gottheimer’s opponent in the Democractic primary, Arati Kreibich.

Ms. Schwartz, who lives in Teaneck, was at the September 20 demonstration in Glen Rock.

She had canvassed for Mr. Gottenheimer’s congressional campaign in both his 2018 and 2020 campaigns, though she had voted against him in the 2020 primary.

But like the other protesters, she was disappointed in his failure to support the full Biden agenda — as well as his failure arrange for a town hall-style public forum to take questions from the public. 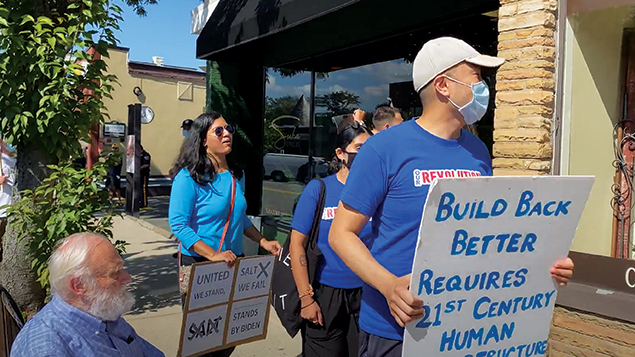 And that’s when she shouted — as she heard on the video — “This is your cup of Joe, Josh!”

She was referring to the “Cup of Joe” meetings the congressman holds periodically in the district, where he will chat with people in a diner or a restaurant “rather than doing town hall meetings,” she complained.

“I’m wondering if that is what he misheard,” she said. “That’s the only thing I can figure out, having looked at the video a couple of times.” 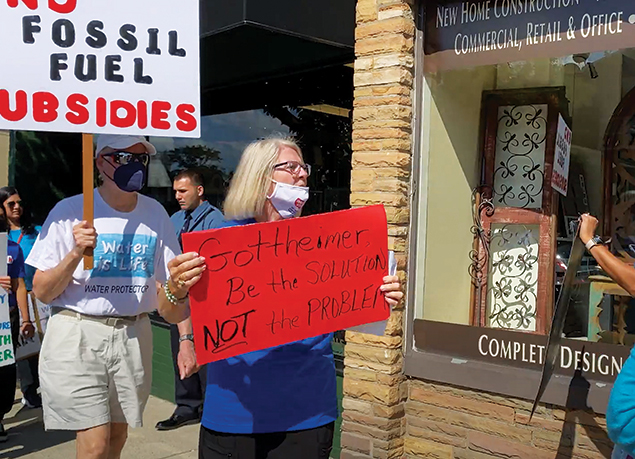 Why would she yell that?

In December, after answering several questions about the Rutgers speech, Alexandra Caffrey, the congressman’s press secretary, did not reply to a follow-up email concerning the Working Family Party’s denial that anyone had called out “Jew” at the demonstration.

Two weeks later, she emailed a link to a New York Post report that Commerce Secretary Gina Raimondo, who had accompanied the congressman on his Glen Rock visit, was vouching for Mr. Gottheimer’s account. According to the report, the congressman told the Post that Ms. Raimondo heard the remark too, and that she had reacted with disgust. “She couldn’t believe it. I remember looking at her,” it quoted him as saying. It further reported that Ms. Raimondo said she, too, “heard the hateful jeers.”

“Antisemitism is wrong, reprehensible and unacceptable,” the Post quoted Secretary Raimondo as saying. “I join Congressman Gottheimer in condemning these hateful attacks that have absolutely no place in our politics.”

“Most of the original founders were probably all Jewish,” Ms. Rosenstein, who was the board chair for about 10 years, said.

Last week, Mr. Johnson, the assembly member, weighed in on the matter, telling David Wildstein, a former Livingston mayor and later Bridgegate-linked Port Authority official who now runs the New Jersey Globe blog, that the failure of Working Families Party to admit to shouting “Jew” is itself an act of bigotry.

“To deny hate speech is to give bigots and racists power — whether against people of color or members of any faith,” Johnson was quoted as saying by the Globe. “By denying the hate speech against Congressman Gottheimer ever occurred, despite the courageous confirmation by a member of President Biden’s cabinet, the WFP leadership and their allies truly empower haters.”

He added that by “essentially calling Secretary Raimondo a liar and refusing to offer any apology, they add more hate to an already dangerous time.”

He said he had asked the Bergen County prosecutor to investigate the incident.

“I call upon the Bergen County prosecutor’s office to conduct an investigation into this disturbing incident of antisemitic bias,” the Globe quoted him as saying.

A spokesperson for the Bergen County prosecutor’s office declined to comment to the Globe, noting that the office can neither confirm nor deny the existence of an investigation.

It is not clear how a protester could be prosecuted for shouting “Jew” at a government official during a legal protest, even if there were clear evidence they had done so. Under New Jersey’s hate crime statute, “bias intimidation” enhances an already existing crime; if the underlying speech is legal, the hate crime statute doesn’t apply.

For her part, Ms. Altman said that she had reached out to Mr. Gottheimer after the Rutgers speech and received no reply.

Mr. Gottheimer knows what he heard — the word “Jew,” slung at him as an insult — and he has had enough.

“To be honest, it’s difficult for me to engage with someone who has refused to acknowledge the incident and continues to claim and attack me publicly for fabricating such a hateful incident — even after the Commerce Secretary confirmed that she heard it,” Mr. Gottheimer said.

“We welcome any leads or information the congressman may have,” Ms. Altman said. “I’ll gladly sit down and watch videos with him, so we can figure out what exactly occurred that day, when and where; what he heard or thought he heard, and what we saw.

“I hope we are united in our interest to get this figured out, so we can get back to passing voting rights protections and the elements of the Build Back Better agenda that now hang in the balance.”