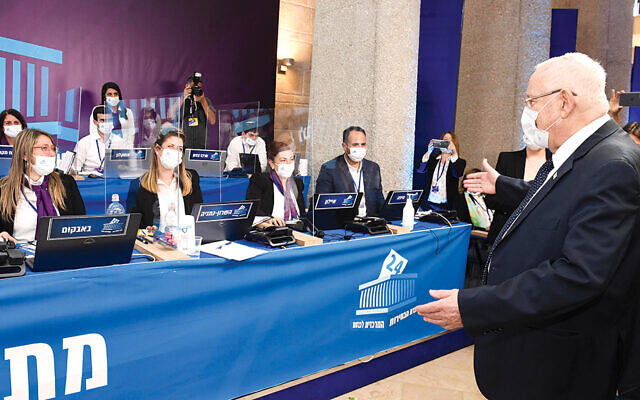 The best thing I can say about having to go to the polls four times in two years is that Election Day is an official day off work, no matter how often it rolls around.

Aside from that bonus vacation day, the only positive aspect of voting (too) often is the opportunity to socialize with neighbors while waiting in line to cast our ballots.

To be sure, voting is a privilege and not to be taken lightly. I am thankful every day for living in Israel and for our democratic system of government. It is flawed and dysfunctional, but lusty and lively.

We recently had our first Shabbat lunch guests in about a year, and I announced even before serving the appetizer that two topics were going to be forbidden at the table: corona and politics. I am thoroughly sick of discussing them both.

So, I’m not even going to reveal for which party I voted. I will say, however, that I voted for a different party in each of the last five elections. And in keeping with my usual track record, each party I voted for failed to make a strong showing.

In case you didn’t know, in Israel we vote for the party, not for the candidate at the head of that party.

We must choose from a huge mishmash of parties; 39 of them ran in the election on March 23. Every election includes new parties, rehashed and renamed parties, and special-interest parties perched on precariously narrow planks, such as the legalization of recreational marijuana or greater rights for senior citizens.

Essentially, all that these splinter parties accomplish is siphoning votes from those that have a realistic chance of ruling. For example, the Pirate Party — a break-off from the Green Leaf Party founded by former members of the Holocaust Survivors and Grown-Up Green Leaf Party — received 850 votes that could have gone to a serious contender.

Each party’s goal is to capture as many seats as possible in the Knesset, our 120-seat Parliament. (Fun fact: the reason it has 120 seats is because the Anshei Knesset HaGedolah, the Great Assembly of the Second Temple period, was comprised of 120 sages. That’s also why our parliament is called the Knesset.) 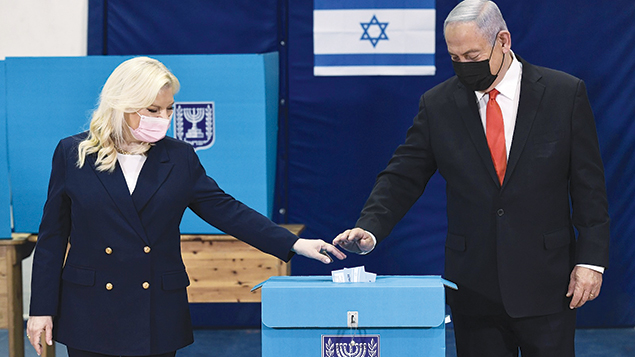 The party winning the most seats usually gets the mandate to choose a prime minister from among its ranks. But since no party has ever won a majority — meaning 61 seats — the leader must approach lesser parties to assemble a coalition equal to at least 61 seat-holders.

This process of horse trading leads to some mighty strange bedfellows and is usually the source of much governmental dysfunction. Coalition-building is why leaders of parties with mediocre election results can find themselves as kingmakers.

And because Prime Minister Netanyahu’s Likud party has won all the recent elections by a relatively thin margin, the coalitions have fallen apart within months. I fully expect that will happen again.

Meanwhile, somehow or other this little miracle of a country continues to function — not nearly as well as it could, of course, but remarkably well given the chaotic political situation.

Doing their best to assure that the expensive and too-frequent elections are run smoothly and fairly, despite all the chaos, are the good men and women of the Central Elections Committee.

We don’t have voting machines or online elections here. We use old-fashioned paper ballots. Behind a screen, you are presented with a slotted tray full of slips of paper representing each party. You take the one you want, seal it into an envelope, and deposit it into a blue cardboard box. If you accidentally put two slips or no slips in the envelope, your vote is invalidated.

I used to think this was ridiculously Mickey Mouse for a country that prides itself on cutting-edge technology, and ridiculously wasteful of paper. While the paper waste continues to concern me, I’ve come to understand the paper ballot reduces the likelihood of voter fraud. Still, it’s a lot of work for the people who set it all up and oversee the balloting and the vote counting.

As President Reuven Rivlin said to members of the Central Elections Committee on March 23, “The Israeli people stands behind you and puts its faith in you. In the midst of this political roundabout and the uncertainty regarding health that we are all in, you are an anchor of stability, of seriousness. Keep on doing your work with the level of devotion it deserves, with responsibility, and with your characteristic attention to detail. Without fear or favor, except for the law.”

President Rivlin acknowledged that the logistical planning for these latest elections proved challenging in a pandemic. “In recent weeks, you have been working around the clock to provide creative solutions to ensure that every Israeli will be able to exercise their right to vote,” he said.

It may be true, as my husband jokes, that whatever party I vote for ends up with few seats, if any, and probably doesn’t even get a key to the Knesset bathrooms. Nevertheless, it’s a privilege to be part of the process.

Abigail Klein Leichman, a long-time Jewish Standard correspondent, lived in Teaneck for 20 years. She and her husband made aliyah in 2007 and live in Ma’aleh Adumim. Since 2010, she’s been associate editor of ISRAEL21c, a website about Israeli innovation.At the ballot box, again