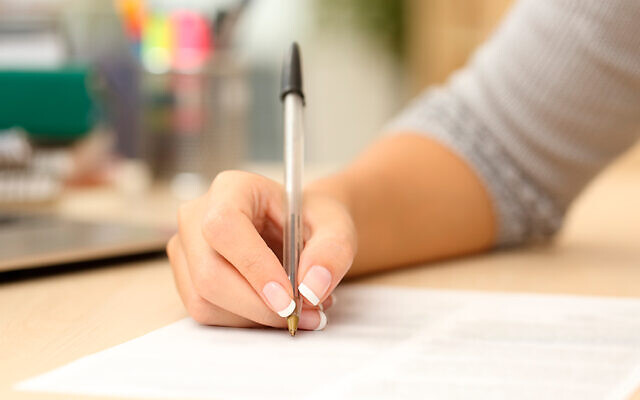 About Ben and Jerry’s decision

In Martin Levine’s “The cherry on top of the sundae” (Aug. 6), I question the statement “The occupation and the settlements create unbearable hardships for the Palestinians, and they stand in the way of a negotiated two-state solution, which, despite widespread skepticism, remains the only viable solution to the problems of the Israelis and the Palestinians.”

The two state option was attainable on a number of occasions and all options were refused —without offer of alternative options to provide basis for negotiation. We know that the West Bank could have been in Palestinian hands more than 21 years ago, when Clinton, Ehud Barack, and Arafat met. Arafat chose no, then comes a two year intifada. Why? Perhaps peace with Israel and recognition of the State of Israel were simply not acceptable conditions? Not then, and apparently still not now.

Turning away from multiple opportunities is what stands in the way of a negotiated two-state solution — turning away is not negotiating.

What is negotiation? Webster’s Dictionary states “To confer with another so as to arrive at the settlement of some matter.” This means putting two heads together. This does not mean one side making an offer and the other side saying no.

Each side in a negotiation has a responsibility to participate actively in the process. If one side makes an offer, and the other side does not accept the offer, not having meaningful discussion to understand and acknowledge issues, that is holding your position. That is not negotiating. So if there is no negotiating when there is negotiation?

What stands in the way of a “negotiated two state solution” is the refusal of one side to participate with intent in serious negotiation. If one of the two sides does not come forward with an offer that can be met, by definition there is no negotiation.

There has been, and continues to be, a missing player from the scene.

The “unbearable suffering of the Palestinians” is the outcome of their leaders’ unwillingness to work with the situation to care for their own people. I understand that people in the West Bank suffer from restricted access to employment, and life is difficult for many. This arises from the refusal of their leaders to work constructively with the situation. In reality there are also young, educated people in the West Bank who work in IT and other types of jobs outsourced from Israeli-based hi-tech companies, and these young people are eager to work with the Israelis. I’ve learned that Ramallah, expected to be a place of rubble and poverty, is a place with jewelry and dress shops, cafes, and fancy chocolate and coffee shops. Much like Tel Aviv, it is a bustling city. If resistant leaders decide to work directly for the benefit of their own people, forward movement is possible.

I can’t do Ben and Jerry’s now. It doesn’t taste good anymore.