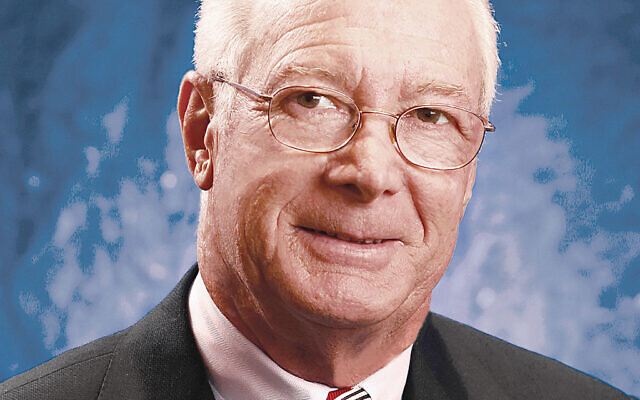 Martin R. Siegel of Palm Beach Gardens, Fla., and New Hope, Pa., died Dec. 17, 2019. Born in Trenton to Irving and Alice (Novros) Siegel, he resided in the Mercer County area his entire life, having lived in Trenton and Yardley, Pa., for 26 years and Princeton for 33 years.

Mr. Siegel attended lower schools in Trenton, Milford Academy in Connecticut, and Duke University before serving in the U.S. Army Artillery in Germany in 1953-54.

He joined his father as the second generation of his family to work at the heritage fine jeweler, Hamilton Jewelers, where he was elected president in 1968. Hamilton grew from a local store to a nationally recognized industry leader with clients from all 50 states and around the world. A pioneer in launching new products to the local market, he was among the first in the United States to order special Rolex timepieces from Switzerland with rare gem-set cases, bezels, and stone dials for the clientele in Palm Beach.

He continued to serve the firm as chairman from 1994 until his death, a role that allowed him to mentor hundreds of Hamilton employees.

He was an active athlete, being an avid soccer and tennis player as a child, continuing his passion for tennis and, in later years, golf. As a young man, he excelled in tennis, having won the Trenton Junior tennis title in 1951 at age 18, played on the Duke University team, and later served as chair of the Tennis Committee at Greenacres Country Club for many years.

He served and supported hundreds of Mercer, Bucks, and Palm Beach County organizations throughout his life along with his wife, Denise. He was a trustee for 18 years at Helene Fuld Medical Center in Trenton, and a board member of The United Savings and Loan Company for 12 years. In 1982 he received the Crusade Citation from the American Cancer Society for his leadership. In 1984 he worked to found a diabetes educational and informational center at Princeton Hospital, and was recognized for his contributions to the field of diabetes education. He received a citation from Trenton’s City Council for his dedication to the Trenton Little League, which he supported for over 50 years. He also sponsored foster children in Latin America for over 20 years.

In 2003 the Greenwood House Home for the Aged recognized the Siegels for their leadership at a gala where President Bill Clinton spoke, and honored them for their longstanding involvement with the home.

Also in 2003, the State of New Jersey Senate and General Assembly passed a joint legislative resolution honoring him for his “meritorious record of service and leadership,” citing that “by his deeds and by his example, he has earned the respect and admiration of all who know him as a man of remarkable character and exceptional determination.”

In 2005, the Martin Siegel Community Fund of the Princeton Area Community Foundation was established to commemorate his 50th year at Hamilton Jewelers, in order to benefit local educational, medical, and arts organizations in the region.

In 2011, National Junior Tennis and Learning of Trenton, an organization which enriches the lives of under-resourced youth by combining tennis and education, dedicated a tennis court located at Cadwallader Park in Trenton in his honor. Last May, Greenwood House once again honored the Siegels for their community leadership.

Services were held Dec. 20 at Adath Israel Congregation, Lawrenceville, with arrangements by Orland’s Ewing Memorial Chapel, Ewing. Memorial contributions may be made to The Martin Siegel Community Fund of the Princeton Area Community Foundation, or Greenwood House in Ewing.