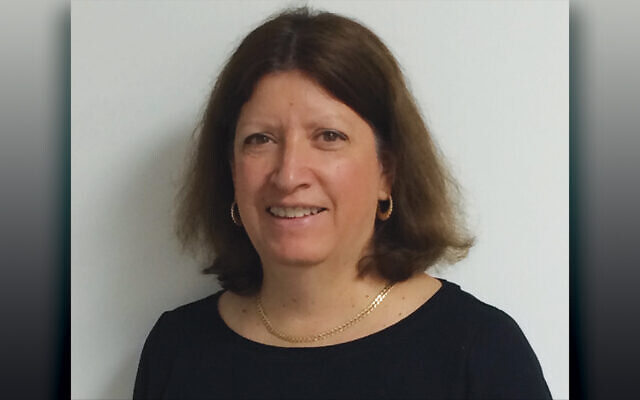 Because it is Breast Cancer Awareness month, October is a big deal for Sharsheret, the Teaneck-based breast cancer support and awareness organization.

This year, Sharsheret is using October to spread the word that it may be time for another round of genetic screening.

“When testing was first available, it was done with a PCR test,” she said. That’s polymerase chain reaction; it’s the technology now underlying covid tests. “PCR would go through the DNA one piece at a time. Next-generation testing looks at a lot of pieces of DNA at the same time, so for much less money you can look for way more genes.”

The first wave of genetic testing for the Jewish community was exemplified by the “Ashkenazi Jewish Genetic Panel,” which looks for the genetic markers for several genetic diseases common among Ashkenazi Jews, including Tay-Sachs, Gaucher, Canavan, and cystic fibrosis. These illnesses are caused by recessive genes, so inheriting them from one parent does little damage. But when a child inherits the gene from both parents, tragedy can result.

The new tests, though, can discover more varieties of genetic damage.

The best known of the genes the new tests look for are the BRCA genes, which dramatically increase the likelihood of developing breast and other cancers.

The previous generation of genetic tests were limited in how many mutated genes they could detect. It made sense, therefore, for one test to look only for mutations common among one ethnic group — in this case, Ashkenazi Jews — while other tests looked for mutations common in other ethnic groups. The new tests can search for far more pieces of mutated DNA, so “now we have big pan-ethnic panels that cost way less than the test we used to use,” Ms. Cottrell said. These tests will look for the mutations most common among Ashkenazi Jews — as well other mutations common in other subgroups.

As a result of the technology upgrade, Ms. Cottrell advises people who were tested 20 years ago to consider being retested.

“People should ask their doctor or genetic counselor if their test was good enough, or does it need to be repeated,” she said. Or they can send a copy of their old test to Sharsheret, and Ms. Cottrell will let them know whether it’s time for a retest.

Sharsheret does not offer testing, but will refer people to JScreen, a Jewish organization specializing in making genetic testing available for the Jewish community.

“JScreen is now offering a cancer screening panel and it’s very affordable,” Ms. Cottrell said. “You get a saliva test in the mail. You spit in the tube and send it back to them.” It’s a pan-ethnic test, she said: “You don’t need to be Jewish to utilize it.”

That’s the cancer test. JScreen also offers a reproductive test for carrier genes, and there are discounts if you order both at the same time.

Why two separate tests? Because the implications of the results of the two tests are very different.

“If I find out I’m a carrier of genetic disease, it’s only important if I’m having children with someone who is a carrier for the same thing,” Ms. Cottrell explained. If a test reveals a tendency toward cancer, however, that can be less theoretical; there’s also more that you can do about it. “It changes your life, because there are things you can do to reduce the chance you’ll die from cancer,” she said. “Your doctor might recommend extra screenings or maybe prophylactic surgery. It allows your doctors to take better care of you in a way that could save your life.”

As a genetic counselor, Ms. Cottrell is happy to discuss your test results to help you understand them and how to present them to your doctor. “All the conversations I have with anyone who calls us are confidential and free,” she said. “Nobody pays to speak with me. One of my favorite things about this job is I never say, ‘We don’t take your insurance.’”