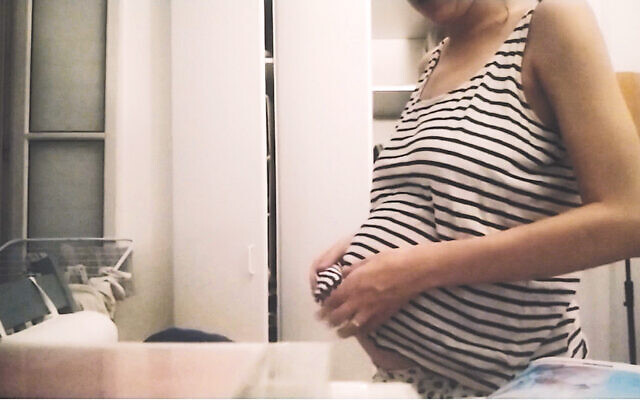 In 1952, David Perlov, 22, moved from Brazil to Paris, where he found a job as a projectionist at the Cinematheque Francaise while he studied filmmaking. The Cinametheque had been founded in 1936 to collect films; its name was modeled after the French word for library, bibliotheque.

When Mr. Perlov moved to Israel with his wife, Mira, in 1958, he was able to find work as a filmmaker, but soon he discovered that the films he wanted to make were not the films the country’s bureaucrats wanted to fund. He began filming on his own, with a 16 mm silent camera rather than a professional’s 35 mm model. In the 1970s he found work teaching film at Tel Aviv University; when his self-funded films eventually were released, they hailed were as masterpieces. By 1999, he was hailed as one of Israel’s most visionary film makers, and he received the Israel Prize for his body of work.

In 2016, Dr. Etti Inbal started her Israeli American Community Cinametec to screen Israeli films at the Kaplen JCC on the Palisades in Tenafly, taking its name from the French institution by way of its Tel Aviv and Jerusalem imitators. For the last year, with the JCC theater closed by covid restrictions, the Cinametec has orchestrated online events featuring short films and discussions with their directors. On Sunday, the featured director will be David Perlov’s granddaughter, Alma Ben Zeev, 30, who will talk after a showing of her first film, “Nine Moons” about the months of her first pregnancy. (See below.)

Ms. Ben Zeev’s life on screen began as an actress; she played a main character in the teen television drama “Rosh Gadol” for three years, starting in 2004, when she was 14.

The character “was the cool girl, very open, like an artist, saying everything on her mind. I was the opposite — I was very shy and very quiet,” Ms. Ben Zeev said. “It was really like a school for me, to wake up at five o’clock every day in my summer vacation to study the scripts. It was an experience.”

Even today, the show still plays on Israeli television, and she’ll meet teenagers who recognize her from it. Looking back, she’s grateful that she didn’t face the challenges of being a teen celebrity in a social media age. “It was before the time of Instagram,” she said. “It was kind of simple. I could live my life as usual though I was on TV.”

Her film “Nine Moons” could only exist in the time of smartphones, however; she filmed most of it on hers. She was pregnant when she created the film, which was her response to an unexpected, unpleasant side effect of the pregnancy: bad dreams. 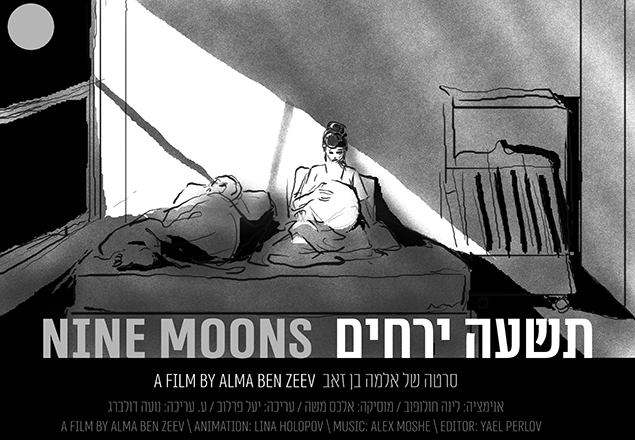 “I couldn’t sleep. I had just awful nightmares,” she remembers. As she talked to friends and family about them, “I understood it’s a widespread phenomenon, and not only me by myself at night.

She began to record her visits to her doctors, and herself, in bed and around the house. She figured that this, along with a diary she kept of her nightmares, would be the raw material from which she would later create a movie.

But after she gave birth, a year and a half ago, she decided that this original footage— supplemented with illustrations and animation — would give her all that she needed.

She drew inspiration from her grandfather, to whom she dedicated the film, who died in 2003, when she was 13.

“I understood you can make a film with just a few things if you really want it, if you really believe in it,” she said. “My grandfather made this film, ‘Diary,’ a six-hour movie that’s really only with his little camera without sound — he did all the voice-overs afterward. He didn’t get funds from the government. Really, he just wanted to make this film.”

Ms. Ben Zeev’s mother, Yael Perlov, has a nearly 40 year career as a film editor. Her first credit was as one of several editors of her father’s “Diary,” in which she also appears. She worked with her daughter to edit “Nine Moons.”

“Since I’ve been a little child I’ve been in the editing rooms with her,” Ms. Ben Zeev said. “It was so interesting to look at my mom in a different perspective, to really understand her job and her work and what she was doing. 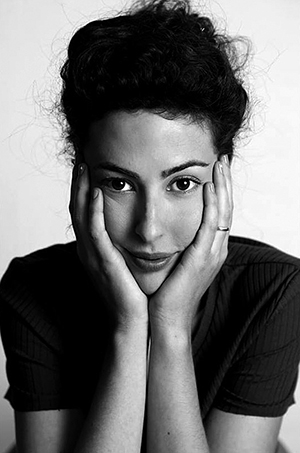 “It was very emotional for both us. Because of my child, Nina, I became a mother and she became a grandmother, and for the first time we’re working together on a film. I think the technical part helped us understand the emotional part.”

Ms. Ben Zeev has strong memories of her grandfather.

“He and my grandmother were very strong characters in my childhood,” she said.

She’s working now on a documentary film about her grandmother, which will be based on recorded phone conversations. (One such recording is included in “Nine Moons.”)

And she is working on a short fictional movie, based on her experience “after I gave birth. My first shower after the birth was with an Arab nurse. I’m going to make a film about this situation, with Jewish and Arab young women and the connection between them.”

She is also working with her husband, Lev Brodinsky, who is also a filmmaker and actor. His first two short films were set in an immigrant absorption center in the 1990s, when he immigrated from Russia. He is now working on a feature film about his immigration, and, with Ms. Ben Zeev, he’s making two films set in the Galilee, where the family recently moved.

And of course, there is their daughter Nina, now a year and a half old. “Raising a child is the biggest production ever,” Ms. Ben Zeev said.

Do professional filmmakers take videos of their own children?

“A lot!” she said. “I never believed I would be one of those people who says about their children, ‘Wow! She’s walking!’ and yet….”

What: Screening of short film “Nine Moons” followed by a conversation with the director