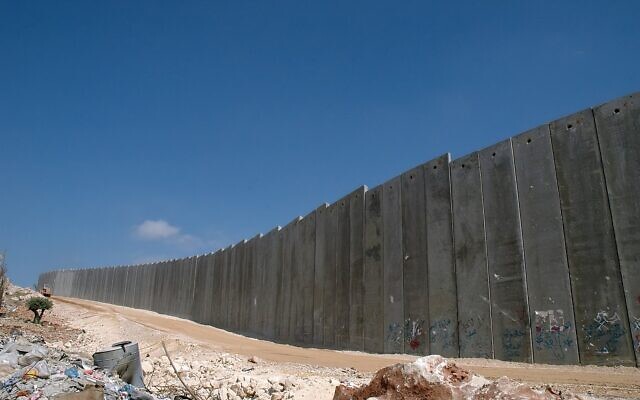 Israel hawks both in Israel and the United States must have been shocked to read Daniel Pipes’ New York Times  op-ed at the end of last week in which he declared his opposition to any move by the Israeli Government to proceed with annexation of the West Bank after July 1.  Pipes who is the head of  the Middle East Forum, an American right-wing pro-Israel think tank based, has been one of the leading intellectual voices in the States in support of Israeli right-wing Governments in general and Prime Minister Binyamin Netanyahu in particular.

Specifically, Pipes laid out six reasons why Israeli annexation of the West Bank was bad policy for Israel and, even more significantly, could be dangerous for Israel’s relations with the U.S.  Pipes was coming from a very different place; although in reading his piece it seemed as if he was expressing many of the concerns and policy perspectives that have been presented by the left of center Israel Policy Forum (IPF), which has opposed many of the action taken by Netanyahu, especially since the beginning of the Trump presidency. This included most recently the Trump-Kushner peace proposal, which supported Israeli annexation of 30% of the West Bank, while not insuring the creation of a Palestinian State.

A recent IPF sponsored study promoted by the Commanders for Israel’s Security–a group of more than 100 former Israeli generals, other high-ranking military officers, and officials from the intelligence community–actually could have been used to support certain portions of Pipes’ recommendations; certainly its conclusions. In studying Israeli citizens, the study reported that only 26% of Israelis supported annexation of certain areas of the West Bank which was advocated in President Trump’s Middle East proposal. Meanwhile, 40% favored a two-state solution, 22% supported unilateral separation, and 13% backed maintaining the status quo.

What is curious about Pipes’ op-ed is it appears to have left most of the Israel’s right-wing supporters in the U.S., except for Mort Klein and the Zionist Organization of America, dumfounded. Pipes makes so many of the arguments that had already been made by many American Jews who previously also had challenged much of the Trump Administration’s politics towards Israel. This included moving the U.S. Embassy to Jerusalem, recognizing Israeli sovereignty over the Golan Heights, and cutting economic aid to the Palestinians. Pipes was now observing that Trump could come down on Israel if Bibi overreaches. He indicated that both the Democrats who may return to the White House in 2021 as well as Western European Governments will be greatly provoked by Israeli annexation to say nothing of the quiescent Israeli left. Most importantly, Arab leaders whom Bibi has so effectively cultivated as well as the Palestinians could erupt in numerous ways so that annexation will be very disruptive for Israel. None of these responses will help Netanyahu as his new Government faces the challenges of stabilizing the economy in light of the pandemic or insuring that it does not provoke a major security flare-up. All of this would be occurring as Bibi will be focused on his own personal legal battles.

Netanyahu could do well to follow Pipes’ advice. Israel’s right-wing American supporters ought to think long and hard before they attack Pipes’ argument.