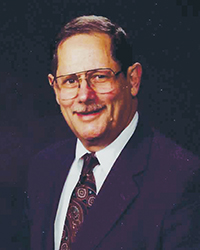 From 1960 to 1966, Rabbi Fogel was assistant/associate rabbi at Temple Sinai in Roslyn Heights, N.Y. In 1966, he became the senior rabbi of North Shore Synagogue in Syosset, N.Y., where he served for more than 30 years. Upon retirement, he continued as rabbi emeritus.

He graduated from the University of Michigan with a degree in political science, and was elected president of Hillel. He received his rabbinic ordination and Master of Hebrew Letters from Hebrew Union College in 1960. He also received an honorary Doctor of Divinity.

He was at the forefront of the Civil Rights movement in the United States, marching in St. Augustine, Fla., at the request of Rev. Dr. Martin Luther King Jr. with 15 other rabbis. Together they were jailed as part of the largest mass arrest of rabbis in history. He also actively supported refuseniks, Soviet Jews who were denied permission to emigrate; he traveled to the Soviet Union to meet with them and help provide for their basic and religious needs. He encouraged activism within his community, developing a social action committee at North Shore Synagogue. His contributions were honored by Anti-Defamation League, United Jewish Appeal, and Long Island Committee for Soviet Jewry, among others.

He also served as a marriage and family counselor and chaplain at the U.S. Merchant Marine Academy.

He is survived by his wife, Eleanor; his son, Kenneth (Nancy); his daughter, Caren (Douglas); two sisters, Miriam and Dorothy; and six grandchildren.