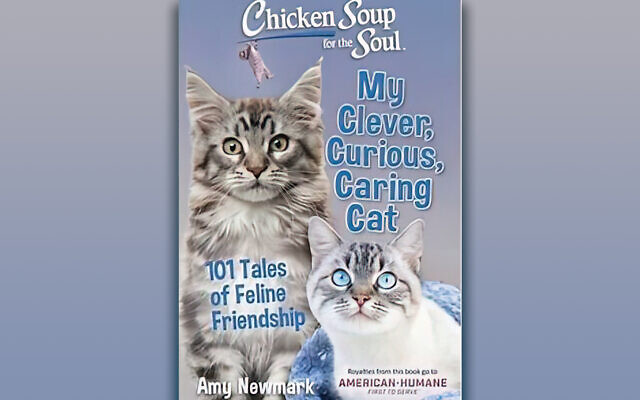 Robert Grayson of Randolph has written a story about his cat that is in the new book “Chicken Soup for the Soul: My Clever, Curious, Caring Cat.” The book was released in September.

Mr. Grayson, who is Jewish, is a former member of the Mount Freedom Jewish Center in Randolph. Robert’s wife, Diana, is a co-president of the West Morris section of the National Council of Jewish Women. Together they coauthored a book called “Jewish Threads: A Hands-On Guide to Stitching Spiritual Intention into Jewish Fabric Crafts” (Jewish Lights Publishing).

“People have all sorts of stories about the antics and habits of their wonderful animal companions,” Ms. Grayson said. An award-winning former daily newspaper reporter, he is the author of many young adult books. This is his first story to appear as part of the “Chicken Soup for the Soul” series.

Royalties from the book go to American Humane, which was founded in 1877 and is committed to ensuring the safety, welfare, and well-being of all animals, as well as strengthening the bond between animals and people. The book is available in bookstores and online.