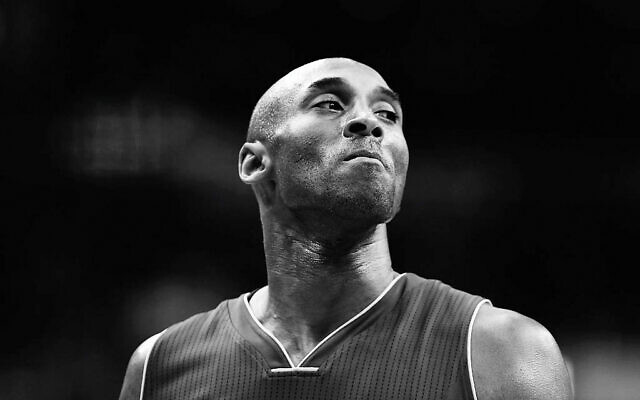 Somewhere hidden in my scattered possessions is an old CD, laptop, external hard drive, or some other kind of electronic record of a March 2, 2005, interview with Kobe Bryant.

It’s from my former life as a sportswriter on the NBA beat, and he had been in Boston with his L.A. Lakers speaking to a gaggle of reporters minutes before tip-off of a 104-101 loss to the Celtics. Despite my never-wavering devotion to all-things Boston sports, I took my job seriously and did my best to act like a professional and divorce myself from my fandom so as to ensure unbiased coverage. But I was so stunned to see him that it took me a moment to remember to turn on my recorder.

Not that I could really blame myself for the lapse. I mean, it was Kobe Bryant!

Now the late Kobe Bryant, after Sunday’s tragic helicopter crash that killed him, his 13-year-old daughter, and seven other people (my sincerest apologies to their families: The other victims deserve to be more than a footnote in a famous person’s death), was for a long stretch the most famous basketball player in the world, and his overall celebrity so widespread that he need only be referred to by his first name, particularly impressive in that it’s not altogether uncommon. (The chances you will ever meet someone named Elvis, Madonna, LeBron, Tupac, or Barack is remote, whereas many of us already know someone who goes by some spelling of Kobe.)

On the days I wasn’t wearing my press fedora I confess to despising Kobe, at least the younger version who enraged his teammates and coaches alike with his selfish play and surly attitude. The brash 18-year-old who inspired opposing crowds to don replica Bryant jerseys whenever the Lakers came to town, a testament to the teenager’s flashy, if not winning, plays. I didn’t need any convincing, by the way. In addition to the well-known and deep-seeded animosity for all things New York Yankees, native New Englanders are taught to hate the Lakers even before they’re out of the womb. How I reveled in Kobe’s gloom when the Celtics beat the Lakers to win the NBA championship in 2008, and how despondent I was (fine, still am) that he won the finals’ MVP and the championship at Boston’s expense two years later.

Even so I couldn’t help but respect him. Anyone who plays in an NBA game is among the world’s most talented athletes, but Bryant set himself apart through a skill set that comes along once in a generation — his was a combination of sheer determination and a maniacal work ethic. Undeniably handsome, unusually self-aware, and whip-smart in spite of not having had a formal education beyond a high school degree — he was fluent in English, Italian, and Spanish, and reportedly learned to trash talk in several other languages to get into the heads of foreign-born players — when he wasn’t wearing a uniform, Kobe’s million-watt smile made him seem relatable, even though he was nothing like us.

The collective attitude toward Bryant transformed as his 20-year career wound down and he became the league’s elder statesman, mentoring younger players, most notably superstars LeBron James and Dwyane Wade when the three played together in the 2008 Summer Olympics in Beijing. One couldn’t help but admire his grit when, minutes after rupturing his Achilles tendon in 2013, he sank two free throws to tie up a game up late in the fourth quarter before limping to the locker room, a year of rehab in front of him. And with God as my witness, in 2016 I found myself rooting for Kobe as he finished the game, and his legendary career, with a 60-point masterpiece. It’s difficult to imagine a more incredible finale.

But here’s the thing: Most of the world is acting like that’s the whole story — a tale of redemption for someone drafted into a league of professionals before he could vote who evolved into a five-time champion, 18-time All Star selection, and one of the most respected players ever. It’s not, however, and leaving out that one critical chapter renders the Kobe narrative nothing less than a lie of omission.

In 2003 Bryant was accused of sexual assault and false imprisonment of a 19-year-old woman at a hotel in Vail, Colo. The criminal charges were eventually dropped when the accuser decided not to testify against the young NBA champion, 24 at the time. No one will ever know if Kobe truly raped the woman as she claimed, but these facts are not disputed: When he was initially questioned about the incident, Bryant told the police three separate times that nothing of a sexual nature occurred.  Only after he was informed by the police that the woman submitted to a physical exam — we later learned that her injuries were “not consistent with consensual sex,” according to the nurse who conducted the examination — did he admit that they had sexual intercourse, but insisted it was consensual. He asked police whether he could quietly pay the accuser in return for her silence, and he also fessed up to having an extramarital affair with another woman “a lot.”

As a condition to dropping the criminal charges, Kobe eventually offered a public apology, saying that “Although I truly believe this encounter between us was consensual, I recognize now that she did not and does not view this incident the same way I did.” He and the accuser eventually settled a civil case out of court, and Bryant’s wife, Vanessa, was seen sporting a $4 million, 8-carat diamond ring, no doubt penance for her husband’s multiple indiscretions.

It feels dirty, even callous, to bring this up now before funeral arrangements for Kobe and his daughter have even been announced. Yet just as it would be wrong to lead Kobe’s obituary with the allegations, it’s equally inappropriate to leave those details out altogether, however uncomfortable it feels.

There can be no doubt that Kobe matured over time, morphing into a leader and making friends around the NBA. He seemingly learned from his early experiences and turned his focus, outside of basketball, on his family in the years since the settlement. We can also debate whether anyone guilty of such serious allegations is ever truly redeemable, but none other than King Solomon wrote in Proverbs that “A righteous man falls down seven times and gets up.” He would know, as some Jewish scholars have interpreted that King David’s affair with Bat-Sheva — Solomon’s parents — amounted to rape, and the Book of Samuel unambiguously states that David deliberately placed his mistress’ husband on the front lines of battle to ensure he would be killed.

God forgave David, but he kept the story of his grave failings in the Torah so that his people could learn from it forever. Kobe was not better than David and we are certainly not better than God, so let’s remember Kobe for all that he was, even the parts we’d just as soon forget.