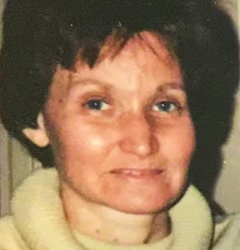 Ms. Seagull worked in public affairs and communications throughout her career. As a writer-researcher at WMAL TV in Washington, D.C., she wrote a documentary on the C&O Canal that won a local Emmy Award, one of two she received in less than three years. She continued as a newswriter-reporter at an NBC News Chicago affiliate and then in public relations at Swarthmore College in Pennsylvania. In New Jersey, she worked in public relations for Montclair State University, Wiss & Co., and the Newark Arts Council. She also worked for Child Assault Prevention (CAP) for years, leading workshops in schools for children.

She was an early leader in the Secular Humanistic Judaism movement, serving almost 20 years as president, then as principal, of the Jewish Cultural School and Society, formerly Suburban Jewish School. After earning the designation of Madrikha by the International Institute of Secular Humanistic Judaism, she led events in New Jersey and Florida while officiating weddings, funerals, and baby-namings throughout the East Coast, specializing in customized wedding rituals for interfaith marriages.

She contributed to charities whose causes range from animals to Jewish culture to children.

She is survived by her daughter, Fanya Seagull (Mark Goldberg) of Virginia Beach; her son, Amon Bolasny (MyLinh) Seagull of McKinney, Texas; a brother, Sheldon Bolasny of Bethesda, Md.; and four grandchildren.

A future memorial service will be planned. For updates and a list of organizations for memorial contributions, visit rheabseagull.com.