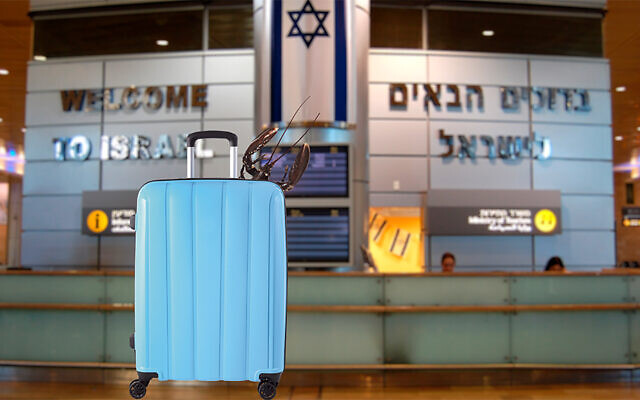 If you were thinking of stuffing 350 lobsters into your suitcase the next time you travel from Scotland to Israel, and then not reporting your crustacean cargo at customs, Israel’s Ministry of Agriculture and Rural Development wants you to think again.

The ministry announced last week that it had apprehended 350 lobsters imported in a suitcase and without a license.

In its press release, the ministry noted that it is illegal to import lobsters that are not certified disease-free — particularly free of white spot disease, caused by a parasite that can infect a wide variety of aquatic creatures — and it threatens Israel’s agricultural economy.

The release did not note, unfortunately, how the crime was detected (though it reports that the perpetrator left the airport with the lobsters undetected in his suitcase), what the precise motive was (was the perpetrator opening a lobster farm or a lobster restaurant), the consequences for the perpetrator (beyond confiscation of the Scottish shellfish), and how long 350 presumably not full-sized lobsters can stay happily ensconced in a suitcase.