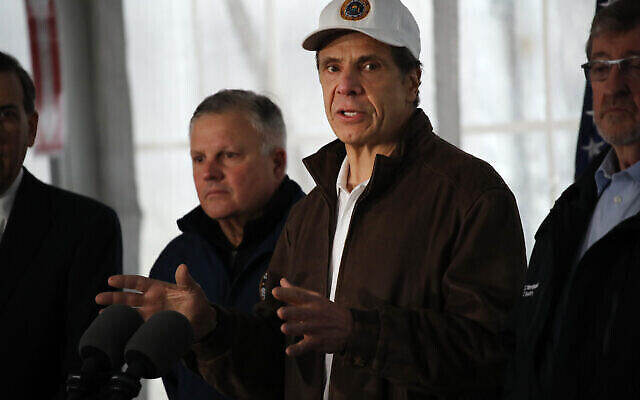 For those who have been participating in Daf Yomi, the page-a-day study of the Talmud, they might have been taken aback by the timeliness of Tuesday’s “daf,” Shabbat 11a. That’s where two rabbis quote the sage Rav: “Even if all the seas would be ink, and the reeds that grow near swamps would be quills, and the heavens would be parchment upon which the words would be written, and all the people would be scribes; all of these are insufficient to write … all the considerations with which a government must concern itself and deal.” (Thanks to Sefaria.org for the translation.)

If Americans were in need of that lesson, they got a crash course in the past few days, as we saw governments at all levels, in all countries, struggling to keep up with all the “considerations” surrounding the spread of the coronavirus. Some of these governments acquitted themselves admirably, others abominably. But the contrasts served as a case study in the importance of responsible governance and a rebuke to those who try to discredit the very idea of public service and accountability.

In Israel, where the number of COVID-19 cases rose to 324 by Tuesday, Prime Minister Benjamin Netanyahu has earned high marks for his words and actions. Even in the midst of an electoral crisis (or perhaps energized by his legal and political woes), Netanyahu has been firm and forthright in talking about the outbreak and the impact it could have on his small country. “I say ‘crisis’ but it must be understood that we are in the midst of a global pandemic,” Netanyahu said March 4, before the World Health Organization came to the same conclusion.

In response, his government launched strict containment measures as early as the last week of February. Public gatherings were strictly limited and schools were shut down. Actions that once seemed draconian — like a 14-day quarantine of people returning from abroad — now seem prescient.

President Donald Trump, by contrast, has been neither clear, decisive, nor empathetic. He took too long to acknowledge the true scope of the outbreak, seeming to be more concerned with how the crisis would reflect on him than how it would impact a population of over 300 million. His assurances flew in the face of what scientists understood at the time, and his own public appearances — including a disastrous Oval Office address that was riddled with inaccuracies and delivered robotically — neither helped nor reassured.

None of this should come as a great surprise, coming from a White House that regularly denigrates science, disparages global cooperation, and ridicules the very idea of federal government solutions to common problems. (When Trump urged governors to try to source their own ventilators, both Democrats and Republicans howled with frustration.)

By Monday night it appeared that the truth had gotten through the fog of spin, and the president acknowledged that COVID-19 won’t be licked until well into the summer. Now we hope this acknowledgement of reality is matched by a commitment to public health, smart policy, and reliance on real experts, not on polls or toadies, or the ups and downs of the stock market.

In a commentary this week on Shabbat 11a, Rabbi Avi Strausberg, the director of national learning initiatives at Hadar, offers this prayer: “In a modern democracy, it is my prayer that we elect leaders with the depth of heart needed to make decisions of real consequence, as they hold lives in their hands every day.”

For all of us looking for strong leadership in perilous times, let us all say, Amen.