Usually we don’t do that. Looking at another person deeply without being in a relationship that permits that kind of looking is called staring, and it’s rude at best, actionable if taken too far. It’s a gross invasion of privacy.

Listening to someone carefully isn’t rude or invasive, but it does take the kind of attention, care, and time that most of us don’t have to give, most of the time. 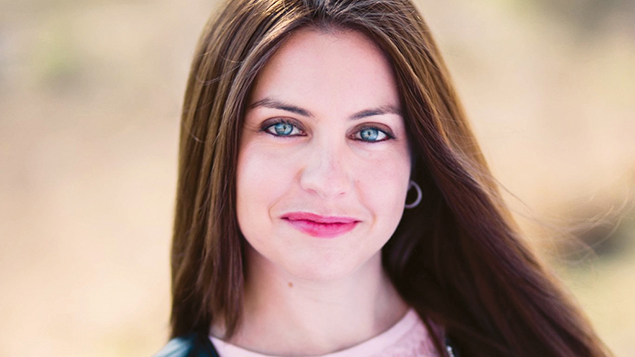 Shira Lankin Sheps is a photographer, which allows her to look, and she’s a social worker, which means that she knows how to listen.

She’s just published a book, “Layers,” that puts together photographs of Israeli women with essays that each woman wrote and then Ms. Lankin Sheps helped edit, refine, and polish.

Ms. Lankin Sheps lives in Jerusalem now, with her husband and children, close to her parents and siblings, but until three years ago she lived in Fair Lawn.

When she lived in New Jersey, she started a blog that became an online magazine, thelayersprojectmagazine.com; it told the stories of Jewish women, including her own. 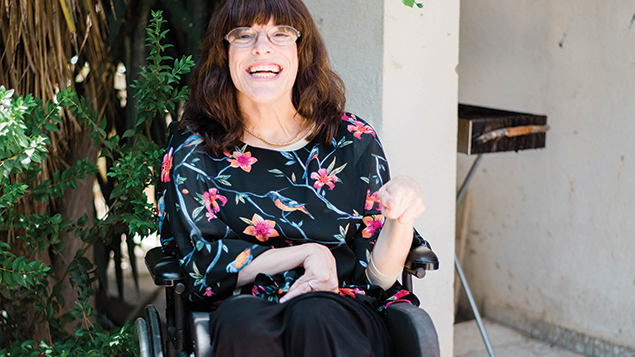 Malka, who has cerebral palsy, uses her formidable brain and social skills to live life on her terms, which include marriage and children.

“The book was a natural outgrowth from the magazine,” she said on a Zoom call from Jerusalem; it was during what with luck will be the last covid lockdown, and she was vivid in red lipstick and a brightly colored headscarf that included some of that same red. “For most of my life, I was bedridden with chronic illness, and I was in a lot of emotional pain.” Some of the pain came from her knowledge of what she was missing, and some of it came from shame “for not being the person I wanted to be,” she said. “I thought that everyone else had everything right in their lives.”

That was in the mid-2010s, she said; people carefully curated their online presence to make their lives look flawless, and “social media back then highlighted only those images.

“It’s definitely different now, but then I literally didn’t know that anyone else suffered. It looked like everyone was happy in their marriages, healthy in their bodies, and had perfect kids. I felt like the only person who wasn’t perfect, and perfectionism was important to me. My community taught me that you had to be perfect in every way — in your marriage, in your body, in your family — and there was no space to be different. No space to experience anything other than perfection.”

That wasn’t true, of course, but “that is how I understood it — and so did other people,” she said. 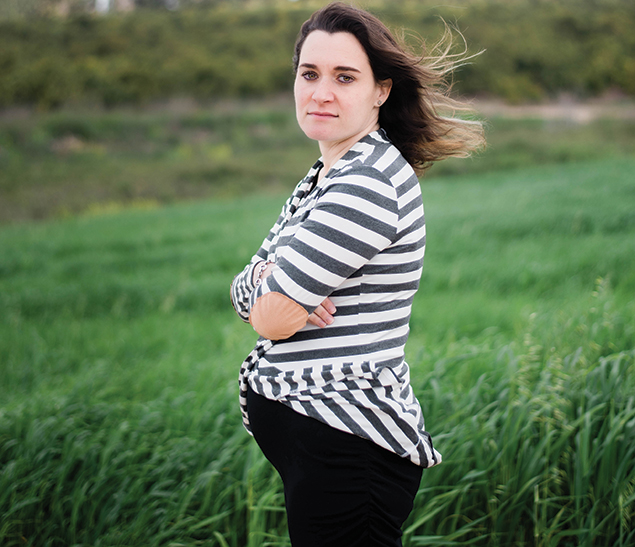 Rebecca faced infertility, miscarriage, and the truth that no matter who good a healthcare system is in theory, the lack of human kindness can cause great pain.

“I didn’t know if it would be okay, but I knew that I had to try my best to throw out that yoke of shame that held me down, and that would kill me faster than the illness.

“So I posted it on the second night of Chanukah, and I got a deluge of support and love. 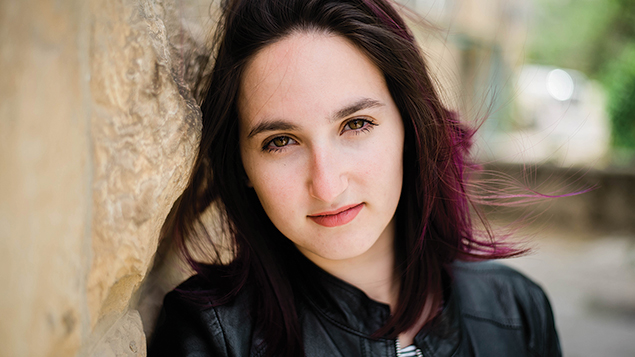 Avital struggled with eating disorders as she made a life for herself in Israel.

“So people saw it.

“And they reached out to me. They said, ‘I’m going through something like what you’re going through.’ I started going to the supermarket or the pool, and people would pull me aside in the chicken aisle and say, ‘I have an eating disorder’ or ‘I’m getting a divorce’ or ‘I was diagnosed with cancer.’

“Thank God that I’m a social worker, and I was equipped to contain these things. So when I got somewhat better” — according to the introduction to her book, Ms. Lankin Sheps got better because someone who read her blog had suffered from symptoms similar to hers and was able to direct her toward the correct diagnosis of her as-yet-incorrectly-diagnosed condition — “I decided to see what I could do.

“I was working as a photographer — I wanted to photograph beautiful things, because I’d missed so many of them — so I said, ‘What can I do for the community?’ I posted it on Facebook, and I wrote ‘I have an idea about photographing Jewish women. Does anybody want to do it with me?’ Within the first hour, 25 women reached out to me, and I was like ‘Huh. That’s something!’ 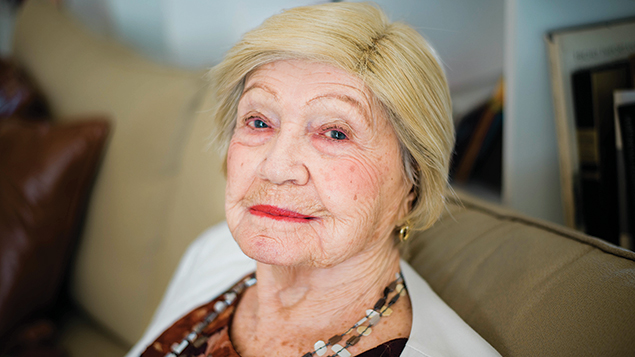 Leah survived the Holocaust, and rarely talked about until she told her story for this book. She made aliyah in her mid 80s.

“And that’s when I started the Layers project.”

The name comes with the truth that women — all women, and particularly Jewish women — are multilayered. “There are so many elements to us,” Ms. Lankin Sheps said. “There are so many layers we hide.” And religiously observant women make that abstract idea a physical reality; “we wear a lot of layers,” she said. “And it’s evocative of the differences between private and public personas.”

Ms. Lankin Sheps began to work on the book “Layers” three years ago. “I started working on it the month that I landed here, in Israel,” she said. “We made aliyah on a Tuesday, and on Sunday someone reached out to me and said, ‘You should write this book.’ And I said, ‘But I just made aliyah this week!’

“But I really couldn’t say no.” 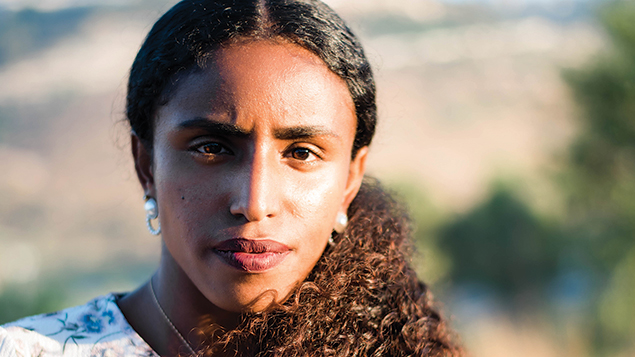 Sewalem talks about her aliyah from Ethiopia that split her family, and her advocacy for Ethiopian Jews.

The book tells the stories of 34 women. “They’re about Jewish women living in Israel; it’s about the challenges and triumphs of their lives. It takes on some taboo subjects and demystifies them.

“The stories are diverse. The women in them are diverse. They’re from all over the world; 95 percent of them are either immigrants or refugees.” (The math’s not exact, she added; she’s a photographer!) “They’re of diverse ages and from different places and have had different life experiences, and they have a huge amount to offer.”

The photos and the stories combine so that both are more effective, Ms. Lankin Sheps said; you can look the woman in the picture in the eye, and then read her words, and it feels “as if you’re sitting in a coffee shop with this woman, or you’re together on a Shabbat morning, and she is telling you her story.”

Most of the women in the book had been strangers to Ms. Lankin Sheps at the beginning of her project, although by the end of her chapter some of them had become her friends. “Usually — almost always — the women come to me,” she said. “Sometimes I’ll just post online. I’ll say that this time I want to talk about infertility. Or the BRCA gene. Or anxiety. And people see it, and they reach out to me. 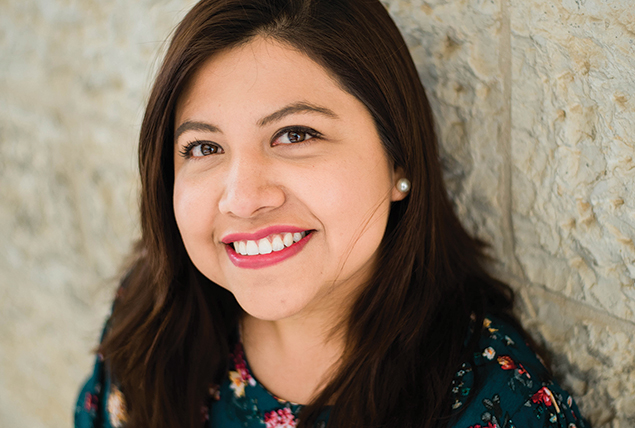 Chaya grew up in Mexico, with a family tradition of Judaism. She converted and made aliyah.

“These stories are written in the women’s own voices. I transcribe them, but it’s their voices.

“They are in charge of everything, in terms of creative control. Nothing goes out that wasn’t approved by them. And that’s important.

“The purpose of this project is not just storytelling. It is storytelling with the purpose of connecting. Of healing. Of catharsis for the storyteller. I think that from a clinical perspective, the power of sharing a personal narrative, especially when it works to break stigma, has to be on your terms. They storyteller’s terms. You are overexposed and vulnerable.”

When she, as the photographer and stenographer, takes the pictures and records the stories, she and the woman who is telling the story to her “develop an intense connection,” Ms. Lankin Sheps said. “I think that I’ve developed lifelong friendships. Once you sit with somebody, and you hold space for their pain, you create a bond that is extremely powerful. 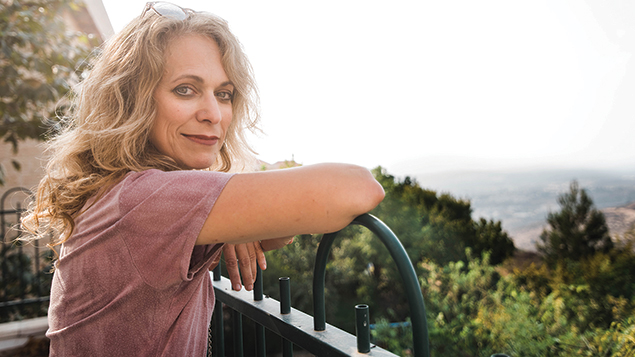 “I never ask someone to participate. I don’t call someone and say hey, I know you have this problem, do you want to talk?”

Although “Layers” the book is done, Layers the online magazine is an ongoing project. “This year, we featured a lot of essays by people processing covid — the issues of loss and grief. It gave people a way to process what’s happening to them.”

The book is meant to function not only as a piece of art and a repository of stories with personal, psychological, historical, sociological, or even theological resonance, but also as a tool for self-knowledge. “At the end of every chapter, we have a reflection space, where I ask the reader questions, offer group discussion questions, and pullout quotes,” Ms. Lankin Sheps said. “I also provide exercises — guided imagery, breathing, gratitude.”

Zoom interviews pose their own problems, but they also make it possible for people to speak across oceans without words. For this interview, Ms. Lankin Sheps sat on Zoom in front of a wall of her photos from her book. Just about every time she was asked a question about the women in the book, she turned around to look at the wall, sometimes zeroing in on a particular woman, sometimes sweeping her gaze across a row of them.

She takes strength from them.

“They are my muses,” she said.