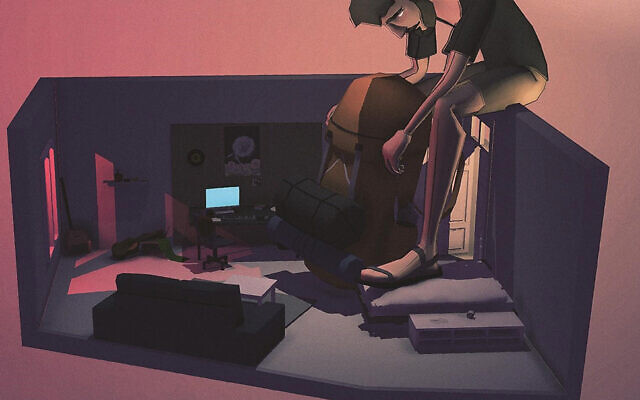 “The Shadow of the Sun”

“The Shadow of the Sun” is a short animated Israeli film that charts the story of Boaz, who years before cut all ties with his family and friends, and tracks the surreal journey into the memories he left behind.

The short documentary “The Mitzvah,” made in the United States, was created with the aim of inspiring people to do kind deeds that will bring them closer to God.

In the short comedy/drama “Hurricane Forecast,” two sisters go through their dead mother’s belongings before shiva and become immersed in an emotional storm of loss, laughter, and love.

“Determined: The Story of Holocaust Survivor Avraham Perlmutter” is a documentary autobiographical feature that chronicles a remarkable story of suffering and survival and pays tribute to human kindness bestowed in even the darkest of hours.