Rabbis Roundtable brought area rabbis from across denominations to study with Dr. Erica Brown on Zoom.

Twenty New Jersey rabbis gathered on Zoom last month to learn Torah and study together, in the first activity of a new Greater MetroWest Rabbis Roundtable organized through the Jewish Federation of Greater MetroWest NJ.

The rabbis heard a presentation from Dr. Erica Brown on the idea of covenant in the thought of Rabbi Jonathan Sacks, the influential author and former British chief rabbi whose first yahrzeit was recently marked. Dr. Brown, who is Orthodox, is the resident scholar at Congregation Etz Chaim in Livingston. (This week Yeshiva University announced her appointment as its vice provost for values and leadership.)

“It was great,” Rabbi Laurence W. Groffman said. Rabbi Groffman, of Temple Sholom of West Essex in Cedar Grove, a Reform congregation, chairs the steering committee of the Rabbis Roundtable that plans the group’s events.

“The idea is to transcend denominational differences and focus on what we have in common: our love of Torah, our love of serving the Jewish people, and our desire to build strong relationships with one another,” Rabbi Groffman said.

The rabbis on the Zoom session included Conservative, Orthodox, Reconstructionist, and Reform rabbis. The same diversity is reflected on the steering committee.

According to Sarah Kroloff Segal, director of synagogue initiatives at the federation, there are 80 synagogues employing 95 rabbis in the federation’s five-county county catchment area. 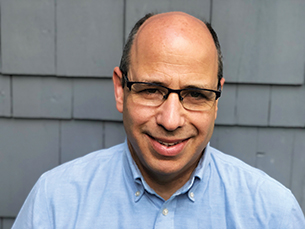 The new Rabbis Roundtable builds on the federation’s longstanding synagogue president roundtables, where synagogue leaders discuss common concerns during seminars — as well as meetings arranged between rabbis and the federation’s CEO, Dov Ben-Shimon.

“The impetus for the roundtable came from the rabbis,” Ms. Segal said. “There’s been interest from the rabbis in meeting among themselves and getting to know each other.

“One of the most rewarding aspect of working at Federation is bringing together a diverse group of Jews who because of differing religious practice might not otherwise associate together,” she said. “This is one example of that. Federation is often a convener, and we are honored to be able to play that role in convening the rabbis.”

She said the rabbinic roundtable “is not issuing official statements or things like that. It’s about building collegiality so when we have to work together, relationships are already created.”

“It was wonderful learning together,” Rabbi Groffman said. “My hope is that as we continue to do events throughout the year, we will continue to get to know each other.”

Plans are under way for a December meeting. Rabbi Groffman said the rabbis hope to hold three or four get-togethers each year, in addition to the semiannual meetings with Mr. Ben-Shimon. 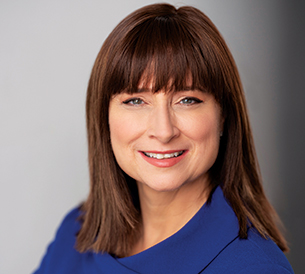 Rabbi Groffman praised the diversity of the group that gathered to study with Dr. Brown, and of the 12-member steering committee.

Rabbi Groffman said that this is his first sustained contact with rabbis from other denominations. “I’ve participated in community events and programs here and there, but not as an ongoing thing,” he said.

While this session was on Zoom, he hopes the roundtable will — safety permitting — move beyond the virtual.

“I’d love for us to be connecting and getting to know each other in person,” he said.