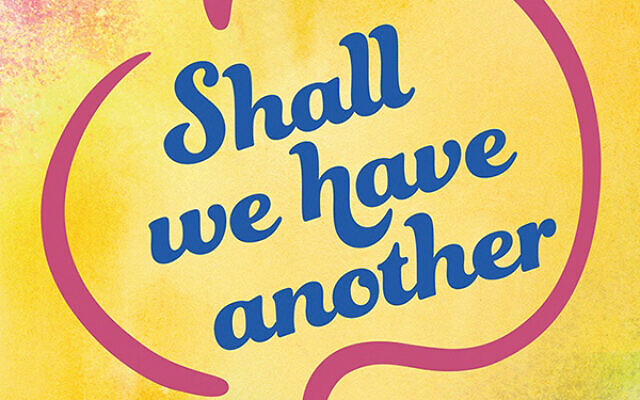 Rabbi Mendel Dubov, in his early 30s and a father of five, has been on the receiving end of plenty of raised eyebrows, smirks, and inappropriate comments about his large family.

“Often people would say to me, ‘Rabbi, you’re having another one?’ And I would reply, ‘yes,’ and then you know, [the conversation] kind of ended,” he told NJJN in a telephone interview. “I didn’t feel I was able to articulate the value, the reasons to continue to have children.”

So, he wrote “Shall We Have Another?: A Jewish Approach to Family Planning.” Released this fall by Mosaica Press, the book is his marshaling of reasons for having a large family from a Jewish perspective.

It’s an enlightening read for those interested in understanding why ultra-Orthodox Jews frequently have so many children, and a useful resource for those who also want to explain their large families. But it’s not a quick list of rejoinders to dismiss naysayers. Rather, the book offers a serious, religion-based answer to a practical question. 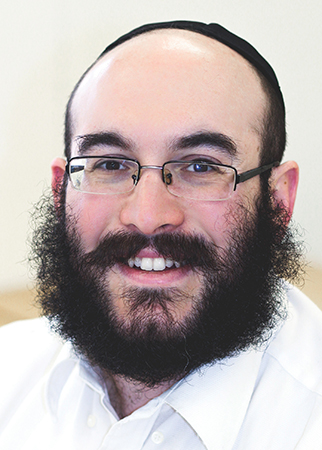 Rabbi Mendel Dubov, who leads Chabad of Sussex, looks at the underlying reasons for the religious imperative to have large families.

The Chabad of Sussex County rabbi, who runs the organization with his wife Chava Mushka, is interested in religious imperatives, so he analyzes texts from the Torah and other Jewish sources, from the commandment to “be fruitful and multiply” found in Genesis to esoteric kabbalistic and Chassidic teachings about the purpose of our souls. He approaches the material knowing that “the position of Torah is unequivocal: children are a blessing,” he writes. His book is a quest to explain the why.

Ultimately, the crux of his argument is that “The entire purpose of creation, set in motion with the giving of the Torah, rests entirely on each individual Jew doing their part,” as he wrote in the book. That means every Jew must have the opportunity to be born in the first place. He writes that God spoke privately to every Jew at Sinai, “including the one who, after thousands of years, is now ready to be born.”

There is no room for a non-Torah approach, although Dubov makes a good-faith effort to capture secular objections and reservations that arise in conversations about family planning, such as financial costs, people’s desire for material comforts, and one’s emotional well-being. Along the way he explores why large families have fallen out of favor in Western culture. (Yes, the availability of contraceptives and the alleviation of poverty play a role.)

But he also worries about how that has led to a kind of “me” focus when it comes to numbers of children, timing, and spacing. He offers his concerns about what he calls the “decentralization” and “desanctification” of having children. By that he means that having children has stopped being the central organizing principle of marriage, and that people no longer treat having children as a sacred task, but rather a choice they can make or put off, one entirely within their own control.

But in Dubov’s passionate search for understanding, he sometimes comes off as tone deaf to contemporary issues and touchstones. This occurs when he glibly dismisses oral contraception as something “all agree is at the very least unhealthy.” (Basic research reveals that most physicians consider oral contraceptives beneficial despite possible side effects.) 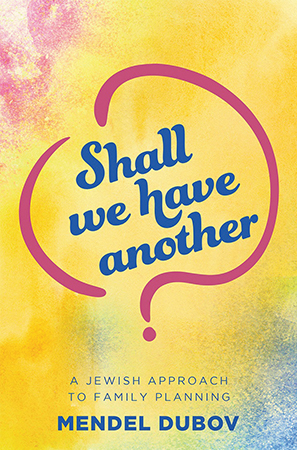 He also overlooks the stress on a marriage of raising children. In a section on the laws of the sotah, a woman accused of adultery, Dubov comments about the reward a woman proved innocent will receive — easy childbirth or beautiful children. He then extrapolates that children can heal a broken marriage, disregarding modern scholarship debunking this idea as a harmful myth and failing to acknowledge contemporary struggles with this biblical subject.

Also, the topic of abortion and government regulation of choice is dropped into the appendix without introduction or further discussion. He writes, “Governments and enterprises would do much better in promoting and glorifying the nuclear family, rather than endorsing the mentality of ‘choice’ that has been so instrumental in the destruction of the family.”

He told NJJN that the choice to terminate a viable pregnancy is an example of the “desanctification” of family planning.

“There are many couples — or non-couples — who did not plan for a baby to be conceived, and being that that runs so strongly against their [life] ‘plan,’ they wind up having an abortion,” he said.

Whether or not you look to this book to help make decisions about having children — or how many — it’s useful to have all the texts in one place. Or maybe you’re just a little curious.

And the next time the author has one of those uncomfortable interactions, he’ll have a response at the ready.