An aerial view of the excavation. (Vladik Lifshits/Israel Antiquities Authority)

The Israel Antiquities Authority got into the Chanukah spirit this week. It announced an excavation linked to the wars fought by John Hyrcanus, the nephew of Judah Maccabee, more than 50 years after Judah liberated Jerusalem in the victory that the holiday celebrates.

Archaeologists working in the Lachish Forest, some 30 miles southwest of Jerusalem, uncovered the ruins of a fortified Hellenistic structure. They found burnt wooden beams, along with weapons and dozens of coins.

“The excavation site provides tangible evidence of the Chanukah stories,” the excavation directors said in a statement. “It appears that we have discovered a building that was part of a fortified line erected by the Hellenistic army commanders to protect the large Hellenistic city of Maresha from a Hasmonean offensive. 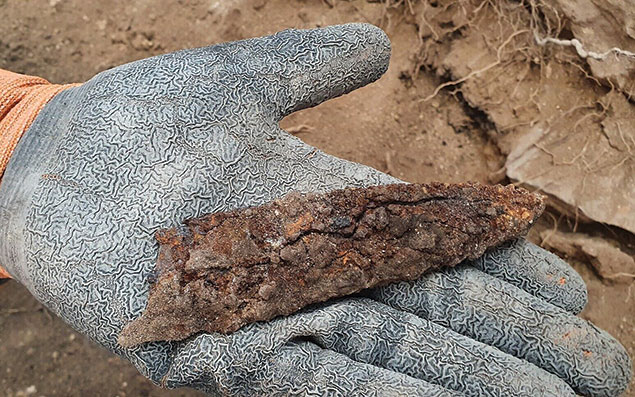 A weapon uncovered in the excavation
(Saar Ganor/IAA)

“However, the finds from the site show that the Seleucid defenses were unsuccessful; the excavated building was badly burnt and devastated by the Hasmoneans,” they added.

The site was on the summit of a hill that gave a view of the ancient main road, which ran along the Nahal Lachish streambed and would have served as an artery connecting the central area to the coastal plain.

In a statement, the IAA said the fort was roughly 50 feet square and built around 112 BCE. The walls were 10 feet thick and built with large stones arranged in a slope on the outer side, to prevent attackers from climbing them. 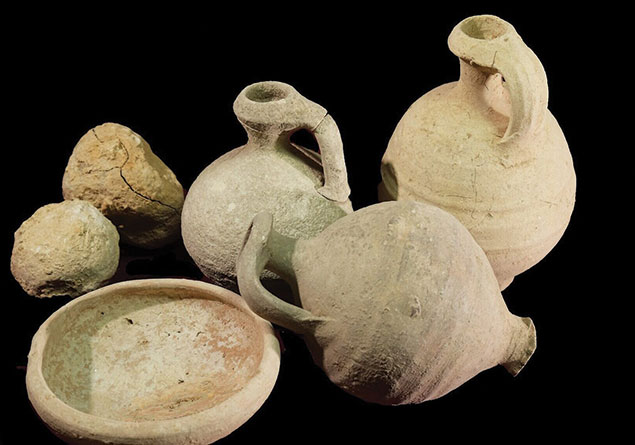 Inside, there were seven rooms and a stairwell leading to a second floor, which was not preserved. The archaeologists estimated that the building would have stood at around 15 feet high.

“Based on the finds and coins, the building’s destruction can be attributed to the Hasmonean leader John Hyrcanus,” the archaeologists said.

Hyrcanus’ wars of expansion came two decades after he oversaw the surrender of Jerusalem to Antiochus VII Sidetes, great-nephew of the Antiochus of the Chanukah story. The younger Antiochus enlisted his vassal Hyrcanus to fight alongside him against the Parthians. Antiochus died in battle; the political chaos that resulted in the Seleucid Empire gave John Hyrcanus room to expand the Hasmonean Kingdom, including across the Jordan River. The ruins found in the Lachish Forest show what he was up against — and what he and his soldiers overcame.