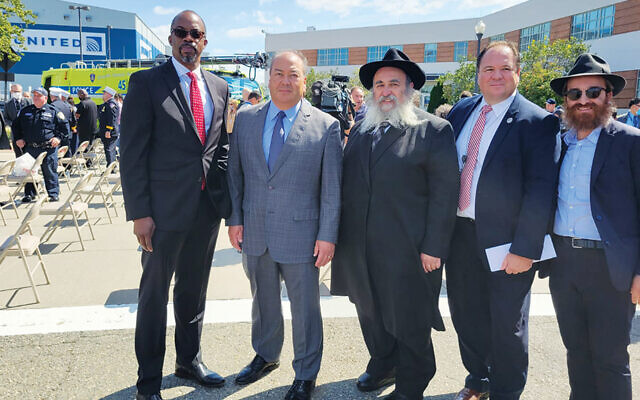 The Port Authority of New York and New Jersey invited Bris Avrohom rabbis Mordechai and Rabbi Avremy Kanelsky to deliver the invocation at Newark Liberty International Airport for the 20th anniversary memorial commemoration of the September 11 attacks. The Kanelskys joined many Port Authority employees, rescue squad members, and 9/11 survivors at the September 10 ceremony, which included the unveiling of a monument created from 30,000 pounds of steel that was salvaged from the World Trade Center’s South Tower.

Rabbi Mordechai Kanelsky said in his Invocation that a fitting memorial for the 3,000 who died on September 11, people should do eight good deeds a day for a year, resulting in 3,000 good deeds. After the invocation, Rabbi Avremy Kanelsky, director of EWR’s Jewish information stand, led the memorial service.