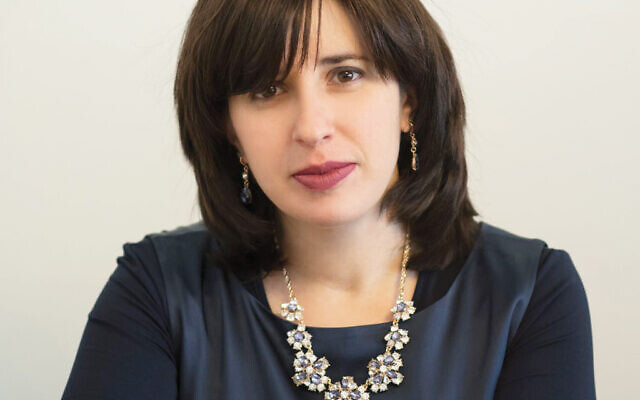 Rebecca Cypess, a professor at Rutgers’ Mason Gross School of the Arts, said there was a lot of musical integration between non-Jews and Jews in 16th- and 17th-century Italy.

A concert at Rutgers University will provide more than a musical interlude; the program will explore history through period compositions and, in the process, upend some long-held assumptions about Jewish ghettos in early modern Europe.

“The idea of the ghetto as a closed space is misleading and a misunderstanding of what was going on,” said music historian Rebecca Cypess, a professor of musicology and associate director of the Music Department at Rutgers’ Mason Gross School of the Arts.

Speaking to NJJN in her office on Jan. 31, Cypess said that although some scholars have assumed that ghettoized Jews lived separately from non-Jews, new evidence suggests that Jews did mix with their neighbors — in varying degrees. “In 16th-century Italian cities, ghettos were usually at the center of a city, and the gates were open during daylight hours,” she said. “Jews would go out, and non-Jews would go in, and there was a lot of integration.”

The concert will explore Jewish musical culture in early modern Europe, spotlighting its encounters with other traditions. Incantare, a Boston-based period-instrument ensemble, will perform along with Cypess, who is also a historical harpsichordist and fortepianist.

The title of the concert was chosen to reflect what trombonist and teaching artist Liza Malamut, a cofounder of Incantare, said was a “double diaspora,” referencing the Jews’ exile from Israel and then the continual wandering to many other regions. “Jews would be settling in and integrated into their society,” said Malamut, “and then exiled from that place where they had made their home.” 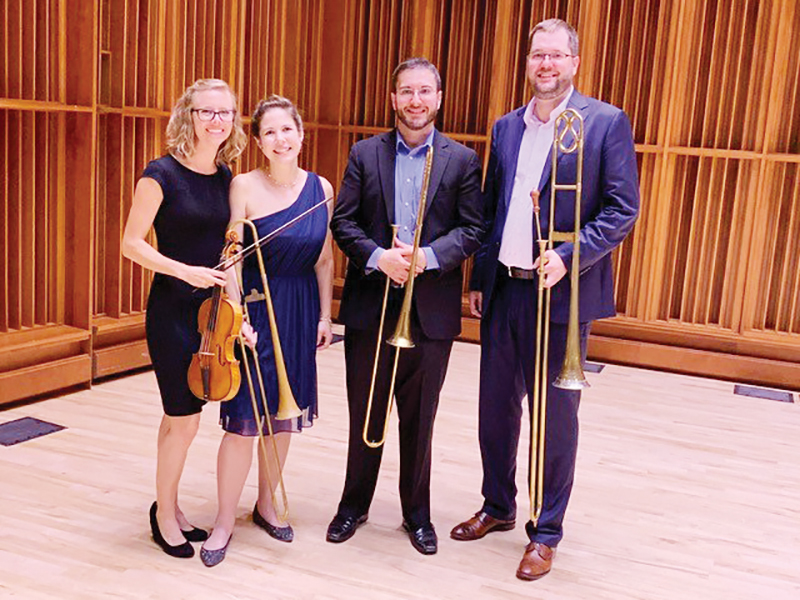 The Incantare ensemble will perform music of the early- modern Jewish diaspora at Rutgers University on Wednesday, March 25.

Cypess said the historic wandering meant that in terms of cultural expression, “there is a cross-fertilization and a rich and robust cultural influence that works both ways….”

The performers will show that “Jews absorbed elements of musical culture in Italy and across Europe and influenced non-Jewish musical practices and composition and also instrument building.”

The ideas behind the concert are developed in a forthcoming book, “Music and Jewish Culture in Early Modern Italy,” coedited by Cypess, Malamut, and Lynette Bowring.

By juxtaposing “music by Jews, music that Jews adapted and performed, and music by non-Jews who worked with Jewish music, it will be interesting to see how much overlap there is in those populations of people,” Malamut said. “We can see non-Jews influenced by Jews and vice versa.”

When Jews were expelled from Spain, for instance, many migrated to Italy, and Jewish instrument builders brought with them Spanish traditions that they fused with the Italian practices in their new home. Many important violin and lute builders were either Jews or Jews who had converted to Christianity — either as crypto-Jews (secretly maintaining their faith) or practicing Christians, Cypess said.

“It is impossible to know the precise ways in which Jews influenced non-Jews and vice versa.” However, she said — citing such cases as Italian-Jewish violinist and composer Salamone Rossi (ca. 1570-1630); his sister, known as Madama Europa, who may have been the first professional Jewish woman opera singer; composer Mutio Effrem; and the Bassanos, a large family of musicians — these “and many others point to Jews, active involvement in musical activities of the wider Italian and European communities.”

One particularly striking example of cultural sharing is evident in the work of Rossi, who published the only Hebrew polyphonic music for multiple voices from that period. Rossi served as court musician in the Gonzaga court in Mantua, where he would have interacted professionally with non-Jewish composers like Claudio Monteverdi.

“The Gonzagas would throw huge theatrical events for which they would hire both Jewish and non-Jewish musicians to compose music, perform, and oversee theatrical activities,” Malamut said.

To reflect Rossi’s involvement in the ducal court, the concert will include instrumental pieces and Italian madrigals by the composer. The program will also feature excerpts from Rossi’s “Hashirim Asher Lishlomo” (the title includes a play on the composer’s first name — Solomon is Shlomo in Hebrew — and the biblical “Song of Songs,” also known as “Song of Solomon”), including familiar texts like Ein Kelokenu and settings of some Psalms texts.

In a preface that echoes some disagreements today over the use of music in synagogues, Rabbi Leon of Modena, a cantor, scholar, and writer in 16th- 17th-century Venice, defends Rossi’s musical choices in “Hashirim.” Cypess said, “Some people in the Jewish community thought that this went against the Talmudic prohibition on music-making as a sign of mourning for the Temple. Modena argued that music had always been a component of Jewish culture and that it aided in the praise of God and inspiring Jews to prayer.”

Modena himself, in the manuscript of one poem, indicates that it is to be sung to the tune of “Tra verdi campi,” a secular madrigal by composer Orazio Vecchi.

“He specifically writes the poem in the exact form of the madrigal; it is clearly meant to be sung to that tune, which has four parts,” Malamut said.

And the madrigal, Cypess added, “comes out of the majority culture; it is popular music.”

In the concert they will perform the original music of Vecchi’s madrigal, but will use Modena’s lyrics instead of the original Italian poetry. “That’s what Modena indicated that performers could/should do with his poem,” Cypess wrote.

Malamut said Incantare concentrates on performing works by composers who don’t get enough exposure, including those of members of marginal populations — like the Jews in that time period. “We’ve also done programs on composers who maybe became refugees in war … and disappeared into obscurity,” she said.

The difference between musicians who are successful and those who vanish, she added, often has more to do with funding and opportunity than talent.

“We find this really relevant today because there is so much displacement and moving around and so much art in danger of being lost, and we want to make sure we preserve the art and that people get to hear it.”

The program will also be presented on Thursday, March 26, at 8 p.m. at the Center for Jewish History in New York City.