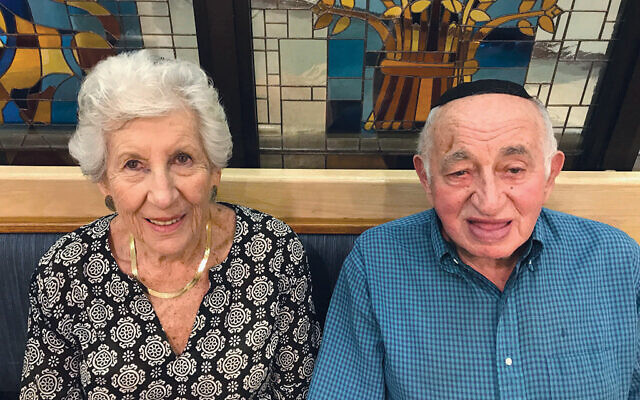 CONGREGATION AGUDATH Israel (CAI) in Caldwell will host two concerts this spring that will do more than provide lively evenings of musical entertainment; they will also honor the memory of Nat Taubenfeld, the beloved “soul” of the congregation.

Taubenfeld was a onetime CAI president and gabbai for over six decades. He was also the “candy man,” dispensing lollipops to delighted kids at services; a frequent commentator on the Shabbat sermon who delivered his observations in a booming voice colored by his Old World accent; and a generous purveyor of acts of loving-kindness to untold recipients of his largesse.

After coming to Caldwell in the early ’50s, Taubenfeld, a Holocaust survivor, “was passionately determined to rebuild his family life and the life of his synagogue and larger Jewish community,” said CAI’s Rabbi Alan Silverstein.

Two years ago, when CAI presented the popular a cappella group The Maccabeats at a community-wide Yom Ha’Atzmaut celebration, Taubenfeld was so moved by the enthusiastic response of the audience that he pledged, along with his wife, Bea, to sponsor an annual concert marking the anniversary of Israel’s independence.

Last year’s event — featuring Six13, the New York-based a cappella band — was also a tribute to the Taubenfelds, who were honored, said Silverstein, “for their leadership, friendship, and vision,” particularly “Nat’s vision for these concerts to engage all ages in the celebration of our pride in being Jewish.”

This year’s Yom Ha’Atzmaut event — the first without Taubenfeld, who died last erev Rosh HaShanah at the age of 91 — will spotlight the a cappella group Y-Studs, appearing Tuesday evening, April 28. Originally from Yeshiva University, the 10-man ensemble’s repertoire is at once Jewish in theme and universal in message.

And on Wednesday, June 10, CAI will present a program, also sponsored by the Taubenfelds, featuring The Shuk, an acclaimed ensemble of musicians and educators performing Jewish fusion, Israeli, traditional, progressive, and world music.