On Sunday morning, May 10, 13-year-old Shai Nissel, who has a brain injury, and his family gathered outside their West Orange home. First they heard the wail of the sirens, then caught a glimpse of a caravan of cars, vans, police cruisers, ambulances, and fire trucks making their way to their house.

In decorated vehicles, volunteers held up signs, cheered, and called Shai’s name. Ruby Schechner, 21, dressed as Cookie Monster, threw mini chocolate chip cookies to the Nissels from her family’s festive convertible, with blue, orange, green, and purple balloons taped to the doors. Soon after, there was a car featuring two dogs with their heads out of the windows; another was draped in brightly colored squares and rainbow flags and with volunteers wearing sequin hats and Mardi Gras beads, holding signs that said “Love.” Police officers, pleased to be part of a celebration instead of breaking one up, waved and blared their sirens.

And then they were gone, headed toward another home but leaving wide smiles and cheerful memories behind.

“It’s just a moment to lift their spirits,” said Rabbi Zalman Grossbaum, executive director of the Friendship Circle of New Jersey, which organized the car parade and two others like it in Livingston and Short Hills in previous weeks to reach families stuck at home since the lockdown began. At many of the stops, he would jump out of his van, and dance and move his arms as if throwing hugs to the families. “It just helps them to see familiar faces, and it can make them feel special.” 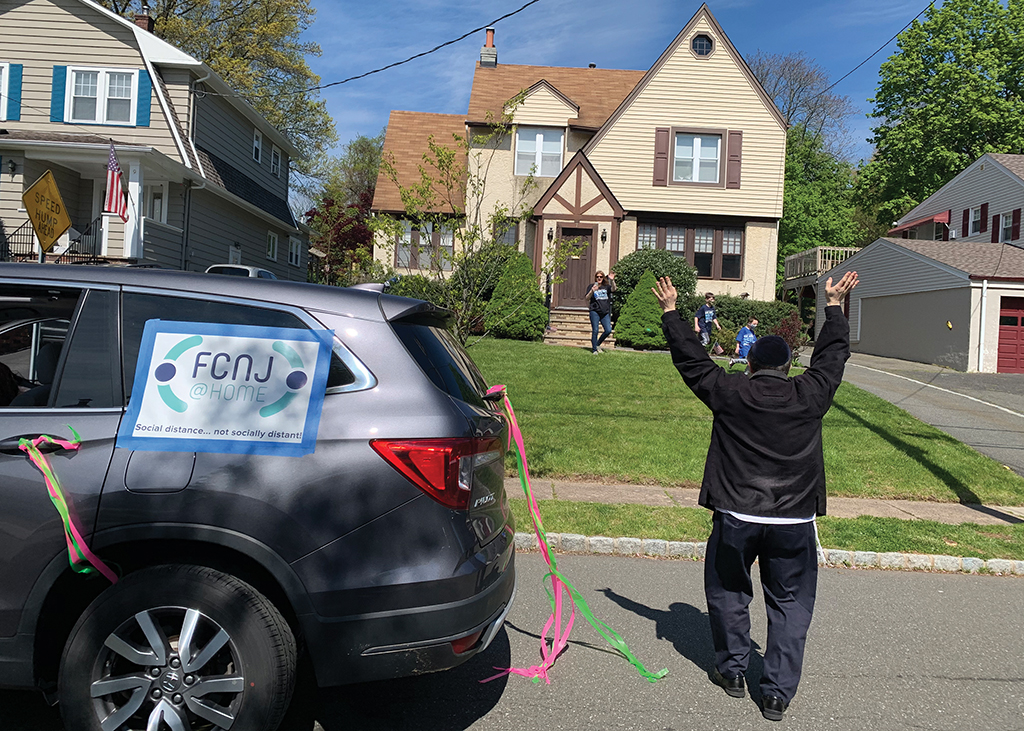 During Friendship Circle parades, executive director Rabbi Zalman Grossbaum often jumps out of his van and dances in front of the families they are visiting.

Headquartered in Livingston, the Friendship Circle of New Jersey, an initiative of Chabad-Lubavitch and The Rabbinical College of America in Morristown, the N.J. headquarters of the Chabad-Lubavitch Movement, offers programming and activities for children and teens with disabilities, respite for their families, and volunteer and educational opportunities for teens. Its recently opened LifeTown, a 53,000 square-foot “town square” for teens and adults with autism and other disabilities, includes essentials like a grocery store and bank, and recreational activities like a bowling alley and a zero-entry swimming pool.

The Friendship Circle serves about 350 families annually, and Grossbaum has tried to keep as much of the programming as possible going during the Covid-19 pandemic, bringing programs like music and cooking online and sending art packages home along with Shabbat meals and activities. But as he pointed out, the lockdown can be particularly difficult for families with children with disabilities, since the kids lose the structure they have come to rely on, along with the social interaction those programs provide.

Inspired by the local police and fire trucks who were offering to come by people’s homes for birthdays and other occasions, he called Livingston and other towns to see if they would participate in a Friendship Circle parade. It was not a hard sell — the West Orange township even decided to use the idea to promote Autism Awareness Month, which they had missed in April.

“Despite the limiting circumstances of home confinement, we want to take a moment to remember Autism Awareness in a meaningful way,” said West Orange Mayor Robert D. Parisi in a prepared statement. “The car parade will not only show support, but it will be a focal point of civic pride for the entire West Orange community.” 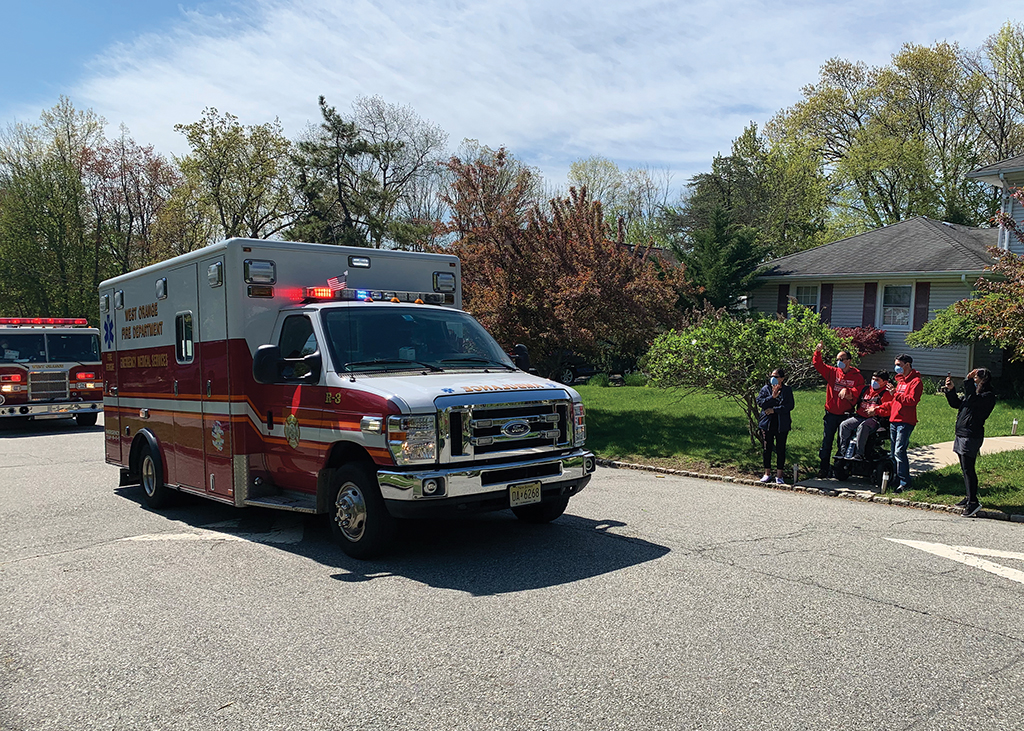 Shimon Nissel said that after the parade featuring police cruisers, an ambulance, and fire truck, his son Shai mimicked the sound of the sirens for the rest of the day.

The lockdown has been particularly difficult for the Nissel family. Shai, who uses a wheelchair and is mostly nonverbal, from complications from a seizure he had when he was about 2 years old, is, as his father Shimon put it, “bored out of his mind.” Usually Shai has a variety of activities throughout the week, including Sundays with Friendship Circle swim therapy twice a week at the Horizon School in Livingston; a visit from Ben, a Friendship Circle teen volunteer, every Shabbat afternoon; and other events from the Friendship Circle, like the megillah reading the Nissels attended on Purim. But once N.J.’s stay-at-home order was issued, there was no swim therapy, no Friendship Circle, and no Ben. According to his father Shai has barely left the house since the start of the lockdown, and he spends most of his time on an iPad or bowling at home with plastic pins. As a result, there is little respite for the rest of the family.

And although the parade by their home lasted just a few minutes, the family built up the event to get Shai excited, and Shimon said that for the rest of the day his son mimicked the sounds of the siren. “It made his day,” said Shimon.

Including the Nissels, the parade visited 10 families in West Orange. At Eitan Minsky’s house, Jack the dog got into the action, and after the parade passed, Eitan commented that he really like the ambulances and the fire trucks, which often “rescue cats from trees.”

The parade ended at the home of Yitzi Rosenbaum, and he and his mom had their own sign ready for the volunteers: “We miss and love you Friendship Circle!”