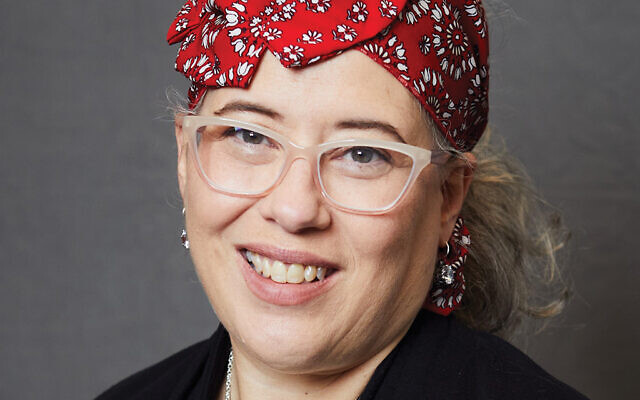 It used to be that sometimes Jennifer Geretz would walk into a patient’s room and the only response was a terse “Nope.” She’d leave, understanding that not everyone wants a chaplain, and, if nothing else, patients need the power to control who comes in the room.

The West Orange resident and soon-to-be-ordained rabbinical student at Yeshivat Maharat in the Bronx had started working as a chaplain at Saint Barnabas Medical Center in Livingston in February and was finally getting her sea legs. One of nine chaplains employed by Jewish Federation of Greater MetroWest New Jersey, Geretz was learning how to be present for people in the hospital, often sitting in silence with them in their rooms and helping them navigate the liminal space of hospitalization. But like everything else in its path, Covid-19 upended her chaplaincy.

Now, Geretz is learning to assess patients’ needs over the phone. And so far, nobody has hung up on her.

“I feel like people are really scared and just grateful that anybody is checking in on them,” she said. “It’s a totally different type of interaction than we would have had before.”

No longer able to enter people’s rooms, chaplains are adapting, finding novel ways to help patients, family, and health-care workers, as they, like everyone around them, work longer hours under challenging conditions. 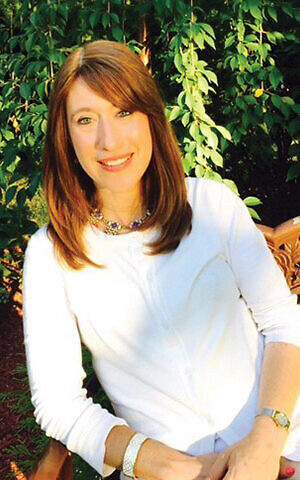 “These are excruciatingly, agonizingly hard moments that people are having to face,” Geretz said, pointing out that patients’ sense of danger, along with potential loss, is especially heightened. “Patients are facing the fact that they may not make it back out of the hospital,” she said, and knowing that if they have to go on a ventilator, they may never speak to their loved ones again.

Under any circumstances some percentage of patients have similar questions, but nearly everyone admitted to the hospital during the Covid-19 crisis is in the same position. No one is admitted at an anxiety level of one or two or three, Geretz said, “They’re all coming in at a 10.”

Before the pandemic, she worked four days a week, about 16 to 20 hours in all. Now the work is endless.

“The hours that exist seem to be, more or less, the hours that I’m working,” said Geretz, who goes into the hospital’s pastoral care office a few days a week and makes phone calls from there. The other days she calls patients from home, and is often on call at night. But she doesn’t mind. “This is an emergency,” she said. “It’s more or less all hands on deck. We’re not really limiting our hours — we’re responding as people need us.”

Other local chaplains have increased their hours, as well. Though Debby Pfeiffer is supposed to work six hours a day at Morristown Medical Center, she finds herself working much more. She still heads into the hospital regularly, but she’s so busy she doesn’t bother bringing lunch with her anymore, she said, adding that if she’s lucky she might have time to eat a cucumber. Rabbi Stephanie Dickstein, a Highland Park resident and chaplain who visits homebound seniors, now calls each of the 35 households on her list several times a week, rather than visiting in person once every three or four weeks.

All three are spending more time talking to family members than in the past, which is some of their most difficult work, as families are forced to say goodbye from a distance. “People not being able to say ‘I love you’ that one last time, to hold somebody’s hand, or look them in the eye and say ‘thank you,’ ‘I love you,’ is so impactful and so, so challenging,” said Geretz. Sometimes, she said, she listens to people cry all day long.

Chaplains often help people pray for complete healing, or a refuah shleimah, and some patients will recover fully and go home. For others, a refuah shleimah may be limited to healing the soul, not the body.

The dilemma of what to pray for is amplified in the current
situation.

“Sometimes people say to me, ‘My loved one is suffering, and how do I pray for them to heal if that’s just going to cause them more suffering?’” Geretz said. She tries to help them reconcile the dissonance: “When we’re praying to God for complete healing, we have to let go of an expectation of what that looks like,” and when people pray she advises them to say, “I don’t know what the right thing is, but you know, God, and I’m asking for your help and that this person should be healed.”

“Being in that spiritual space of asking for healing and letting the healing be whatever it’s going to be is the work that we’re all trying to do together,” she said.

The chaplains’ respective responses to the increased load vary, but all involve some combination of resilience, gratitude, and exhaustion. 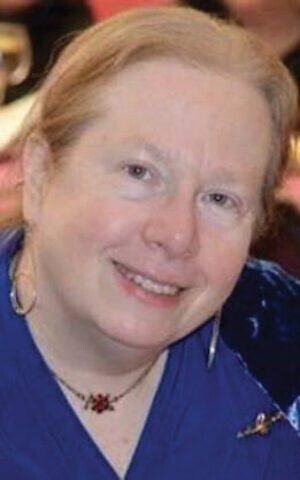 “There are days at the end of the day when … I’m kind of like a robot,” said Geretz. “All capacity to function is dimmed.” But no matter how draining, she calls the work holy and a privilege. “It’s not as challenging as having this virus, it’s not as challenging as knowing that you’re never going to see your loved one again or be able to talk to them or say goodbye to them,” she said. “So, I’m actually grateful because at the end of the day, I can go to sleep, and I can wake up again and I can, you know, do the work again the next day.”

To get through it, she has committed to 10 minutes of yoga, 20 minutes of exercise, and plenty of fresh air every day. Pfeiffer, who has long relied on meeting friends for coffee as part of her self-care regimen, now takes walks, recites passages from the Book of Psalms at night, and uses her 45-minute ride home to unwind. “If it took me five minutes, I’d be in big trouble,” she said.

The chaplains have also had to be creative for their interactions with colleagues, in addition to their patients. In pre-Covid-19 days, chaplains at Saint Barnabas might walk around the floors and chat with nursing staff and others in an informal approach to assessment.

“We could see when people were stressed or needed a minute,” said Geretz. Now chaplains have to use phones to reach the constantly busy doctors and nurses. “For us to call on the phone and invite them to share their emotions — they can’t really do that,” she said. Chaplains have started using the chapel space to counsel staff, because it’s now empty, available, easy to social distance in, and accessible by drop-in anytime nurses and doctors have a moment. They are also considering recording short videos as a source of inspiration and solace for the staff.

Dickstein, who, through a program of the Federation’s chaplaincy, counsels Holocaust survivors and their children, said the responses of survivors to Covid-19 has been notable. Often, she said, among this group the initial response may be, “I’ve been through worse,” but their behavior also hints at earlier trauma. One of her seniors is too afraid to go anywhere but also too afraid to have someone shop for her. Others feel abandoned by their families, even though they know their children are caring for them by staying away. That said, she noted, “People don’t make it into their 90s without tremendous resilience.”

And chaplains are addressing needs they haven’t focused on before. Take cell phone chargers: As the pandemic first took hold of the local communities, many patients were unprepared to be admitted to the hospital and left their chargers at home. With their phones as their only lifeline to family and friends, some of the chaplains at Saint Barnabas arranged for charger donations. Now every floor has chargers available. It wasn’t what the chaplains trained for, but it was what was needed.

But some elements of chaplaincy are unchanged. They are still the people who will hold patients’ hands, metaphorically if not physically, to provide spiritual healing as they navigate a difficult journey, while doctors and nurses work tirelessly to heal their bodies. Pfeiffer said prayer is just a small piece of their work. “It’s about providing support, being that compassionate, non-judgmental, safe space where you can vent, cry, yell.”