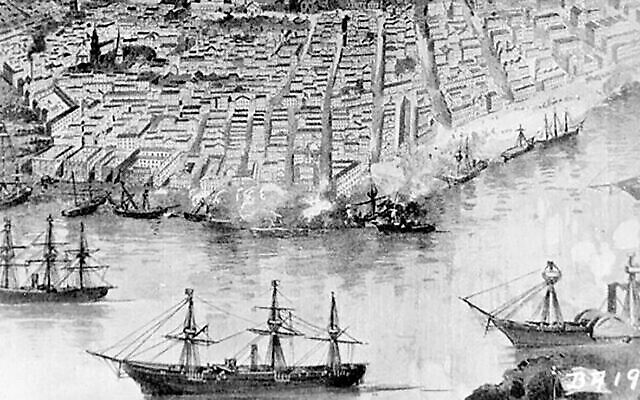 In the fall of 1861, New Orleans suffered many shortages, including a ritual object central to Sukkot. Rabbi Bernard Illowy improvised a solution. Wikimedia Commons

What if the coronavirus had struck the Jewish community, not on the eve of Pesach, but right before Sukkot?

How would we build a sukkah? And what about the “arba minim” — the “Four Species” of plants that are central to the holiday that commemorates the fall harvest and the Israelites’ 40 years of wandering in the desert? (They are the lulav, etrog, hadasim, and aravot; in English, the palm branch, citron, myrtle, and willow branches.) “Taking” the Four Species, at least on the first day of Sukkot, is nothing less than a biblical obligation, and has been a deeply held and observed tradition for all branches of Judaism for many centuries. (Rabbinically, we extend enjoying the Four Species throughout the holiday.)

What would we do without our lulav and etrog?

In fact, we have been there before, coming face to face with the problem in New Orleans in the 1860s, when a series of events endangered the communal celebration of Sukkot.

In the Civil War, the Deep South city of New Orleans was, in fact — due to historical reasons not relevant to this story — a northern city. For that reason, all communications
between it and northern cities were cut off. Shortages abounded.

As Sukkot neared in 1861, there was not one etrog to be found in the city. There were plenty of hadasim, aravot, lulavim — all indigenous to the southern soil — but no indigenous etrogim that would pass halachic muster, and none that could be imported. For the Jews of New Orleans, and especially for their rabbis, it was a crisis.

The rabbi of the community was Bernard Illowy, a talmid chacham (rabbinic scholar). A native of Bohemia, Illowy had arrived in the United States around 1850 and taken up the New Orleans pulpit in 1861. Contemporary reports indicate that he was immediately successful in his ministry and understood well the nature of his American-Jewish community.

Illowy’s response to the etrog crisis was straightforward: Take the lulav in hand, he said, and use a lemon — but without a bracha, the required blessing. Illowy was concerned, legitimately, about the possible loss of a beloved ritual, even for a year. Would people, especially the young, forget about the etrog? Using the lemon, even though the substitute was not acceptable under rabbinic law, was the answer.

And it worked. For Jews in the Big Easy, Illowy’s approach ensured that the etrog would not be forgotten. 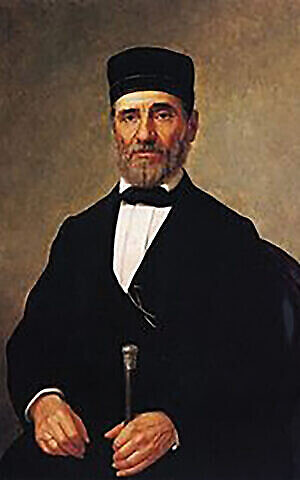 A century-and-a-half later, we have our own crisis. Yes, it’s vastly different qualitatively and in scope, but a disaster that, among other things, tests our rabbinic leadership. And it does so across denominational lines. Our rabbis are called upon to develop creative and courageous solutions to a myriad of halachic dilemmas resulting from the pandemic and the social distancing rules, and indeed isolation, that it has forced upon society.

We have models from Jewish history for responding to extreme situations. In the depths of the cholera epidemic of 1848, a disaster that devastated much of Eastern Europe, Rabbi Yisrael Salanter made kiddush and ate on Yom Kippur morning in front of the synagogue in Vilna. Salanter, one of the great 19th-century rabbinic leaders but then a young rabbi, knew that fasting would put lives in danger. And he understood that it would be a desecration of Judaism if Jews died by observing the fast. He appeared to be acting on the Jewish principle of “pikuach nefesh,” which mandates that the preservation of life supersedes all other religious obligations. Salanter took his lumps for his action, but it was the right thing to do.

The Holocaust, of course, forced similar agonizing decisions on the rabbis who were serving beleaguered communities throughout Eastern Europe. The visionary Rabbi Ephraim Oshry of Kaunas, Lithuania, author of “The Annihilation of Lithuanian Jewry,” comes to mind. With Jewish life all but ground to a halt because of the Nazis, he and other rabbis wrote numerous responsa (rabbinic answers to halachic questions) on the broadest conceivable range of issues affecting traditional Jewish life. They preserved Jewish lives and preserved Judaism.

Our rabbis, especially in leadership positions across denominational lines, are doing a good job in responding to our current crisis. But there is still much for them to learn from the New Orleans experience. Rabbinic leadership ought to ponder ways to be more flexible — indeed to relax certain strictures — within halachic parameters. In particular this would apply to situations that are by nature public events: providing a minyan for the se’udat mitzvah (festive meal) during a brit milah, saying Kaddish, and other group-related activities for which there is already rabbinic writing on “remote” participation. Other situations include certain matters related to Shabbat observance, and, of course, the mikvah, the Jewish ritual bath, crucial to the lifecycle of traditionally observant families. The list is endless.

A step in this direction was the controversial decision by a group of Orthodox municipal chief rabbis in Israel to permit Zoom conferencing — under certain restrictions — of Pesach seders in order to allow families separated by the pandemic to connect with one another during this “sha’at ha-d’chak” — a halachic construct for addressing times of emergency. The Conservative movement’s Rabbinical Assembly has likewise put forth a more lenient position permitting remote minyanim.

Where are our Rabbi Illowy, Rav Salanter, Rav Oshry? We are finding them in our midst.

Jerome A. Chanes is the author of four books and numerous articles on Jewish public affairs and history. He is working on a book about 100 years of Israeli theater.