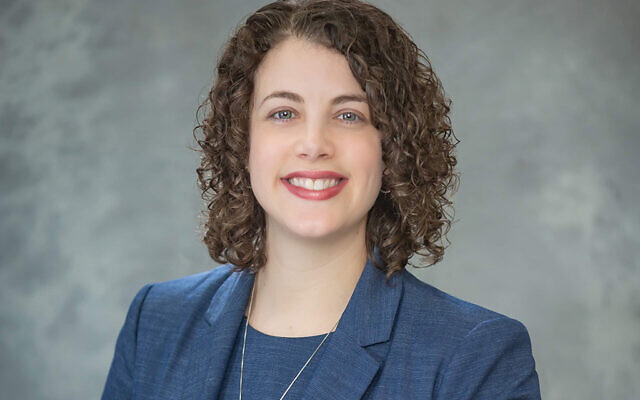 Under certain circumstances and conditions, Rabbi Adena Blum, the newly appointed senior rabbi of Congregation Beth Chaim in Princeton Junction, will officiate at interfaith weddings. She said her sensitivity to issues of inclusion was shaped by her family when she was growing up.

“Not all families have two Jewish adults in the family — my father was not Jewish, and that’s why I am so passionate about this,” she said. “We’re really focusing in on inclusion at large, trying to create a community everyone can feel at home no matter what their challenges are.”

Blum will assume her new position on July 1. The Lawrenceville native has served as assistant rabbi for Beth Chaim, the largest Reform synagogue in Mercer County, since 2014. Though Rabbi Brian Beal has served as the congregation’s interim senior rabbi for the last year, Blum is effectively succeeding Rabbi Eric B. Wisnia, who retired in January 2019 after 42 years at Beth Chaim.

“It’s never easy, in any synagogue, when a congregation has to replace a senior rabbi,” said Beth Chaim president Ken Pogrob, a Plainsboro resident who works in financial services. “The transition was especially true for our congregation.” Of Beal, Pogrob added, “We have been blessed to have his leadership, knowledge, and involvement with our temple community.”

Blum is certain to continue the Wisnia legacy, as she grew up attending Har Sinai Temple — at the time the congregation was in Trenton but it has since relocated to Pennington — where David Wisnia, Eric’s father, was cantor. And “then I had the experience of working with his son,” she said. “Eric took me under his wing and wanted me to assume his mantle. It’s amazing how things fell into place. Because I am from here, I care so much about this community and I wanted it to have success and thrive.”

Pogrob said that the search process to find Wisnia’s successor included surveys, town hall meetings, and speaking with as many congregants as possible. At the end of the day, “Rabbi Blum was our unanimous choice,” he said. “She had been with us since 2014, identifies well with both our younger and older congregants, and fits what we need.”

Since joining Beth Chaim, Blum has led the congregation’s transition to the Reform movement’s latest Shabbat and festival prayer book, “Mishkan T’filah.” She restructured the b’nai mitzvah process to provide more engagement with families, and has also established an annual interfaith family Shabbat service to honor the non-Jewish members of the congregation who are raising Jewish families.

Prior to coming to Beth Chaim, Blum — who lives with her husband, Sean, and their sons Jonah and Ari — served as the rabbinic intern at Beth Haverim Shir Shalom in Mahwah and Anshe Emeth Memorial Temple in New Brunswick. Blum is a member of the Association of Reform Jewish Educators, the Association of Reform Zionists of America, the Women’s Rabbinic Network, and the Central Conference of American Rabbis. She’s also a faculty member at URJ Camp Harlam, a role she plans to continue.