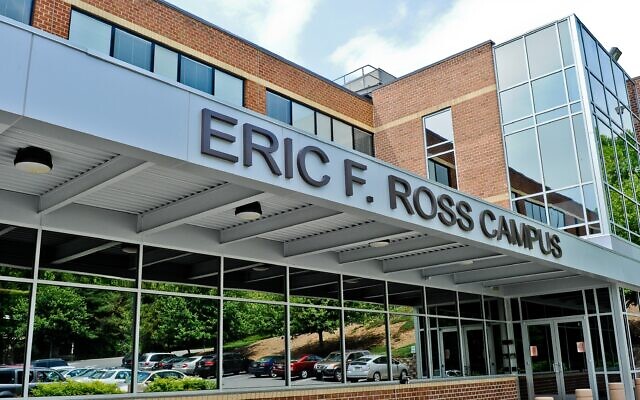 Nineteen students from the upper school of Golda Och Academy in West Orange are in self-quarantine through Sunday, March 8.

Yeshiva University (YU), which closed its Washington Heights campus and its affiliated boys high school yesterday because a student there had been diagnosed with Coronavirus, announced today that two students had tested negative for the disease.

“Some good news. Two tests of students who were considered at risk due to proximity [to the infected classmate], including roommate, came back negative,” Rabbi Ari Berman, YU president, stated in a Twitter message.

The student who had tested positive for Coronaviruswas part of a New Rochelle, N.Y., family, several members of which are in quarantine because they too tested positive.

In Elizabeth an Orthodox leader announced that a member of the faculty of the Jewish Educational Center (JEC) attended the Feb. 23 funeral that members of the Westchester family also attended. The faculty member will not return to school until after a quarantine period, Rabbi Pinchas Shapiro, executive vice president of the JEC, wrote in an email.

In addition, Shapiro wrote, a number of members of the Elizabeth Orthodox community attended a bat mitzvah on Feb. 23 where members of the Westchester family were also in attendance. “None of these individuals have presented with symptoms and none have exhibited any signs of illness,” wrote Shapiro, adding “they are considered low-risk. There is no reason at this time to assume that there has been any exposure or risk as a result of contact with these individuals.”

Nineteen students from Golda Och Academy in West Orange attended the Jewish Canadian Youth Model UN in Montreal March 1-3, which included a delegation from the Salantar Akiba Riverdale Academy in Riverdale (SAR), the school that the 14-year old daughter of the New Rochelle family attends. The Golda Och students are in self-quarantine and will not be allowed to return to school until March 9th, pending test results of potentially exposed students.

In an email sent to members March 5, JCC MetroWest said it’s “requiring” staff, members, and visitors who have traveled to a country listed by the CDC with a Level 2 or 3 advisory to “self-quarantine for 14 days even if you are asymptomatic.” So far, those countries include China, Iran, South Korea, Italy, and Japan. The restriction applies to the traveler’s family members as well, according to the email.

Anyone who has been in physical contact with travelers to those countries are asked not to enter JCC MetroWest. “Our one and only goal is to keep our JCC MetroWest community as safe and healthy as possible,” wrote CEO Stuart E. Raynor.

In addition, Rutgers Hillel and Rutgers Chabad sent a joint letter urging Rutgers University students not to host students from Yeshiva University over Shabbat for the weekends of March 7 and 14.

The Anti-Defamation League, which warned last month about the spread of anti-Jewish conspiracy theories related to the virus, repeated the alert this week after the father of the Jewish family in New Rochelle was hospitalized with the disease and various Jewish institutions closed down as a result.

A 32-year-old resident of Fort Lee became the first New Jersey resident to test positive for the Coronavirus. State officials hadn’t determined whether the New Jersey man’s illness was linked to any of the cases in New York. And this afternoon, Lt. Gov. Sheila Oliver announced a “second presumptive case,” a 30-year-old male who is in stable condition at Englewood Health Hospital. State officials said that the individual is not believed to have had any direct or indirect connections to the family in New Rochelle.

Meanwhile, the American Israel Public Affairs Committee (AIPAC) said some attending its policy conference in Washington, D.C., earlier this week were “potentially in contact prior to the conference with an individual who contracted coronavirus.”

At least three Passover travel programs — two in Italy and one in Thailand — have been cancelled because of concern over the virus, JTA reported. Others are keeping a wary eye on the situation.

Nefesh B’Nefesh, which promotes immigration to Israel, canceled a March 15 aliyah fair in Teaneck, citing general concerns, and Jewish Insider reported that a Jewish school in Baltimore sent home three students who may have had “indirect contact” with a member of the Westchester family.

At last count, 159 people in the country are known to have contracted the virus that has killed over 3,200 worldwide.

The following is a partial list of the various steps several local synagogues, schools, and other Jewish institutions are taking to limit the spread of Coronavirus: