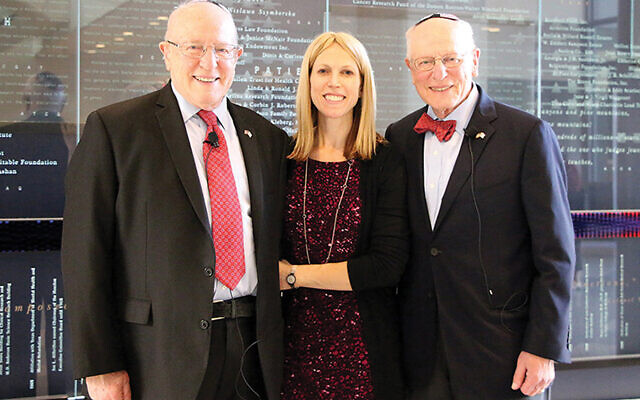 As part of the “Stories Survive” series at Manhattan’s Museum of Jewish Heritage — A Living Memorial to the Holocaust, Henry Schanzer of West Orange and his brother, Bernard Schanzer of Edison, will tell their story of survival, courage, compassion, and rescue, on Zoom, on Thursday, May 27, at 2 p.m.

The twin brothers were born in Belgium in 1935. When the Nazis invaded Belgium in 1940, the Schanzer family escaped to Saint-Étienne in the south of France, which soon fell under Vichy rule. After living openly as Jews in Saint-Étienne for almost two years, in 1942 the 7-year-old brothers went into hiding on a farm in Saint-Pal-de-Mons. With the assistance of several Catholics—including a local dressmaker and a count and countess who were part of the French resistance—the brothers, their sister, and their mother survived until the end of the war. Their father, who wasn’t able to hide in the countryside with his family, was sent to Auschwitz. After emigrating to the United States in 1946, Henry Schanzer became an attorney and Bernard Schanzer became a doctor.

For more information, go to mjhnyc.org/events/stories-survive-henry-and-bernard-schanzer.