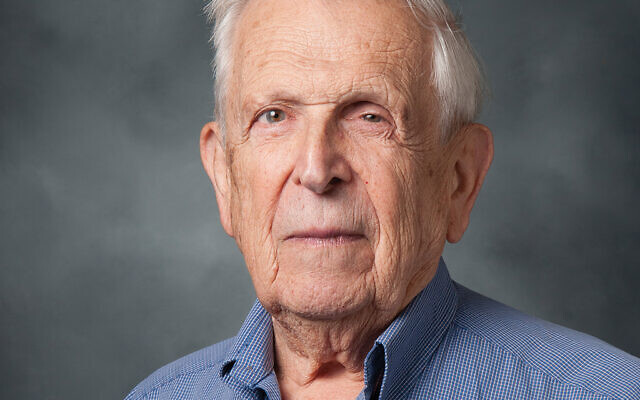 Martin Fox was considered a brilliant leader and mentor to Jewish communal professionals. He died April 8 from complications of the coronavirus.

What would Marty do?” That’s the question Max Kleinman said he always asked himself when a difficult situation arose during his tenure as CEO/executive vice president of Jewish Federation of Greater MetroWest New Jersey.

Kleinman was referring to Martin Fox of Millburn, who died April 8 of complications from the coronavirus. He was 95.

A son of Newark, Fox was a lawyer, Air Force veteran, civil rights advocate, statesman, Israel supporter, and avid fisherman. Kleinman, who called Fox a mentor, knew him from the numerous local and national leadership positions Fox held. He was president of federation from 1972-74 when it was known as the Jewish Community Federation of Metropolitan New Jersey, and even into his 90s he continued to play a role in its charitable work. He served as a United Jewish Appeal campaign chairman and president of the Jewish Telegraphic Agency, and he was also a board member of the Council of Jewish Federations, the Hebrew Immigrant Aid Society, and the New Jersey Historical Society. He was one of the early (possibly the first) recipients of federation’s Julius and Bessie Cohn Young Leadership Award.

Howard Charish, another former federation leader, told NJJN about a time he was faced with an employee strike. He described watching colleagues marching outside the building in East Orange, where it was then located, as “tense,” but he knew exactly who could help him navigate the crisis: Martin Fox.

“He was our moral compass,” said Charish. “He saw the way things needed to be and helped decision making take the path to get us to the goal without real strife.”

Charish said Fox’s advice led to finding a balance that embraced employees’ demands while preserving federation’s goals. “He helped me have an open mind but understand there were limits,” said Charish. In the end, the healing was quick, Charish said, and “we went back to work together.”

Friends and colleagues remembered Fox as a “brilliant leader,” but also someone principled and unafraid to speak his mind. His daughter, Rachel Fox, recalled that at Oheb Shalom Congregation in South Orange, where he was a lifelong member, he often raised questions about the rabbi’s dvar Torah — during the dvar Torah. 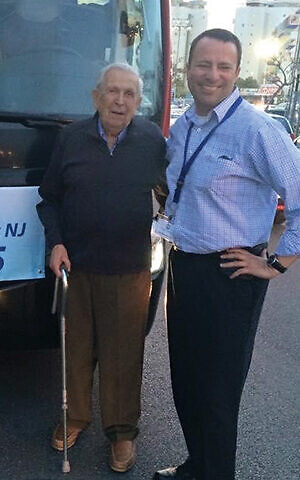 Fox maintained certain religious practices. He went to synagogue nearly every Shabbat, and belonged to three congregations — one in Martha’s Vineyard, Mass., where he had a home; the Conservative Synagogue of Fifth Avenue in Manhattan, where he had an apartment; and Oheb Shalom. And every year, Rachel said, he led a traditional Passover seder. When a friend asked why he hewed to the strict format, his response was, “That’s what a Jew would do.” She added, “He believed Jews are a people and culture with ideas that have remained consistent over time with something unique to offer.”

He was committed to Jewish values and to instilling them in his two daughters. Rachel recalled that he always gave 20 percent of his income to charity because he believed in providing for others “before you buy yourself stuff,” she said. “He just felt that part of being Jewish was taking care of other people.”

But he could be tough. “When I was president he’d beat up on me,” said Jimmy Schwarz, a close friend and former federation president. And when Schwarz asked him why he did that, Fox would respond, “‘Because you were wrong.’ But I respected what he had to say.”

“He was very principled,” Schwarz said. “He did not suffer fools easily, but he was very committed to the Jewish federation as a means for distributing charity,” and added that Fox was a “clear, good thinker.”

Fox was a great supporter of Israel, and took his last trip there in 2015. An advocate for pluralism, Rachel said he was dismayed at ways Jews could not get along.

He also insisted the country should become world-class in the arts and sports. When the Israel Philharmonic Orchestra performed in Newark for the first time, Rachel said her father stepped onto the stage to introduce them and remarked on what a “breakthrough” it was to have this honored cultural representation from Israel.

Martin Fox was born in Newark in 1924 to Jacob and Mae Bonda Fox. The oldest of four brothers, he attended Weequahic High School and went on to receive a bachelor’s degree from Amherst College and a law degree from Harvard Law School.

He served as a lieutenant and worked as a meteorologist in the U.S. Air Force during World War II. Fox later joined his father’s Newark law firm, which became Fox and Fox, from which he retired at age 66 so he could spend more time fishing.

Fox started fishing as a young man in Belmar, where his family had a home, and later in Martha’s Vineyard, where he won first place in a 1991 fishing derby. Perhaps it was all the time he spent as a surf fisherman — fishing from the beach with a pole that could cast bait far into the ocean — that enabled him to think so clearly; surf fishermen typically spend long hours waiting for a nibble, with little else to do.

He also loved playing poker. He claimed that he played poker at least once per week since he was in the Air Force, and his family can attest to weekly games going back to the 1960s, and twice per week in recent years.

An advocate for civil rights and social justice, Fox served as vice president of the Essex County Chapter of Americans for Democratic Action, and ran as the Democratic nominee for the U.S. House of Representatives in 1952 and 1954, narrowly losing both contests. But his passion for politics never wavered. He was appointed to the New Jersey State Board of Education in 1960 by Gov. Richard J. Hughes and in 1970 by Gov. William T. Cahill.

In 1963, he traveled to St. Augustine, Fla., the battleground for the civil rights movement, to provide pro bono legal services for activists. Family members recalled that he often slept in the offices of a local dentist while helping peaceful resisters, including Dr. Martin Luther King Jr., get out of jail.

He is survived by his wife of almost 70 years, Muriel Kaplan Fox; his daughters, Sarah (Steven Lofchie) and Rachel; and three grandchildren. A graveside service was held April 10 with arrangements by Bernheim-Apter-Kreitzman Suburban Funeral Chapel, Livingston.

“What truly inspired me about Marty was his sense of Jewish community, and of our shared responsibility,” said Dov Ben-Shimon, executive vice president/CEO of Jewish Federation of Greater MetroWest NJ. “I watched as he guided not only professionals like me, but also senior lay volunteers and federation presidents who followed in his footsteps, and listened intently to his guidance and insights…. We’re grateful for everything that he did for our community — because so much of our success came from leaders like him and the example he set.”