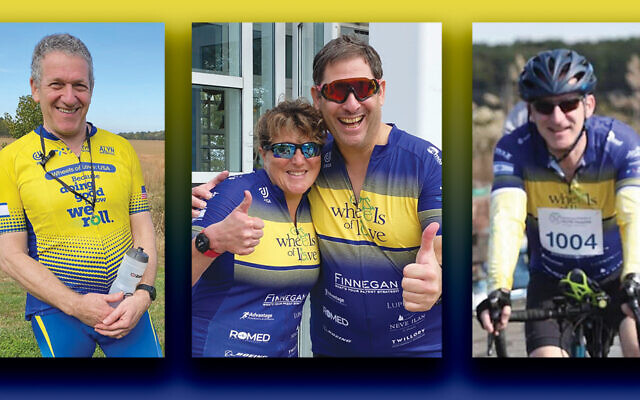 More than 70 cyclists, including several riding in memory of loved ones, raised nearly $2 million for Alyn Hospital during its first multiday Wheels of Love charity bike ride in the United States. The October 24-26 ride, on Maryland’s Eastern Shore, was in conjunction with a similar ride in Israel.

Riders cycled more than 130 miles each day on a carefully curated route through the scenic backroads of Cambridge, including the Blackwater National Wildlife Refuge.

Local participants included Michelle and Jonathan Lupkin and Dr. Larry Stiefel, all of Teaneck, and Sam Alexander of Springfield.

While many supporters attended the event in Maryland, some rode on the Long Island fundraising team “Friends of Kevin,” in tribute and memory of long-time board member and Alyn supporter Kevin Leifer, who died of cancer two years ago.

Wheels of Love is the largest fundraiser for Alyn Hospital and has been a tradition in Israel for 22 years. To date, this year’s ride has raised almost $2 million, and the riders’ fundraising efforts will continue into December. All funds raised go directly towards the hospital, helping to provide Alyn’s patients with innovative and attentive care.