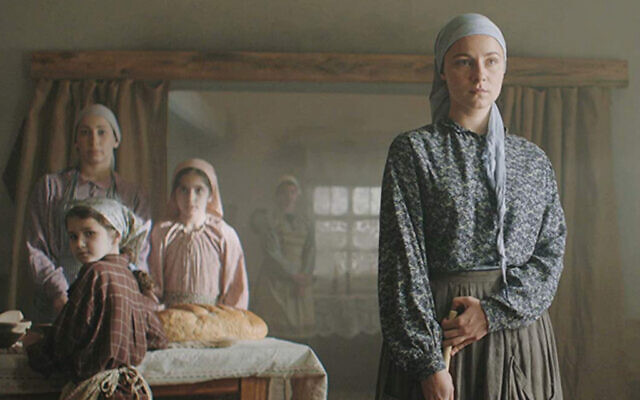 From “Tevye and His Daughters”

A DOUBLE FEATURE of particular interest to the Jewish community is among the offerings of the Spring 2020 New Jersey Film Festival.

Taking place through Feb. 28, the festival is presented by the Rutgers Film Co-op/New Jersey Media Arts Center, in association with the Rutgers University Program in Cinema Studies.

The festival’s Sunday, Feb. 16, program will begin with “Anne” (USA, 2019), a short film written and directed by Vijay Renga that offers a modern musical take on a love story inspired by Anne Frank’s diary.

It will be followed by “Tevye’s Daughters” (Ukraine, 2018,120 minutes; in Russian, with subtitles). Directed by Vladimir Lert, the film tells the story of Sholem Aleichem’s most famous character and the central player in “Fiddler on the Roof,” Tevye the Dairyman. As he struggles to keep his family intact and placate his wife Golde, their daughters are tempted to stray from Jewish traditions upon entering the marriage market, while growing anti-Semitism threatens their lives and homes. Legendary Russian actor Evgeniy Knyazev stars as Tevye. The film is set in authentic Ukrainian locations, and its story line hews to Sholem Aleichem’s original tales.