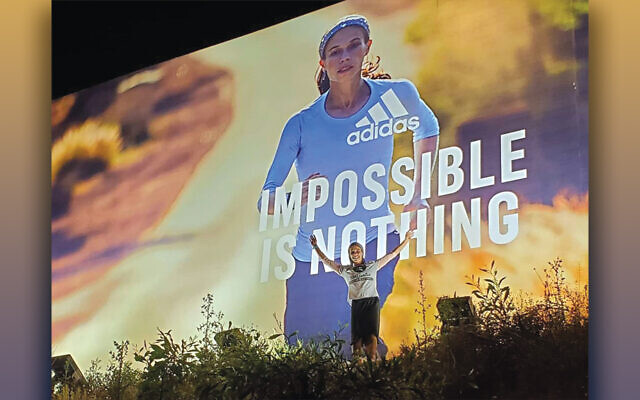 In 2016, Beatie Deutsch placed sixth in the Jerusalem half marathon. Watching Deutsch, an Israeli born in America, you would have never guessed that she had taken up running only four months earlier. The following year she ran the Tel Aviv Marathon while seven months pregnant with her fifth child.

Even while running, the charedi Orthodox Deutsch dresses modestly, following the charedi understanding of what Jewish law demands. She wears a headscarf, an elbow-length shirt, and a knee-length skirt covering her leggings. It’s an unlikely outfit for a star athlete.

Just a few short years after her first race, Deutsch placed first in the 2018 Jerusalem Marathon. In 2019, she won Israel’s National Championships Marathon in Tiberias, and she quickly became the Israeli national champion in the marathon and half marathon. Most notably, she qualified for the 2020 Olympics by ranking among the top 80 women runners in the world.

And while she ultimately couldn’t compete in Tokyo — the postponed games required another qualification race, in which she didn’t make the top 80 — she has now reached another runner’s pinnacle. She is featured in a new Adidas advertising campaign. The sportswear company is featuring Deutsch in Adidas’ “Impossible is Nothing” campaign, which hopes to unite people through sports and expand the limits of human possibilities.

Within Israel, the campaign is hard to miss — it’s online, and there’s a giant billboard of Deutsch on the Ayalon highway near Tel Aviv.

“I couldn’t believe it,” she says. “It was a beautiful opportunity to make an impact as a proudly modest woman, and Adidas chose to highlight that aspect of me.

“I was so surprised that they wanted to highlight the fact that I’m a religious runner and that my faith is what moves me. It’s not necessarily what you’d expect from a big sports company.”

Deutsch sees running — and sports in general — as a way to connect to Judaism.

“Here I am teaching Judaism through sport,” she explains. By dressing modestly while running and still maintaining her compliant with halacha, she shows people that you can be an observant Jew and still compete at the highest level.

“We don’t have a lot of female athlete role models in Israel,” she says. “I want to see more girls becoming athletes and pursuing that passion. My ultimate goal in life is to share the beauty of Judaism, and impact people to spread light in that way because I did not dream about being an athlete, ever. I wasn’t like, ‘Oh, when I grow up, I want to be a professional runner.’ I didn’t know that was such a thing,” she said.