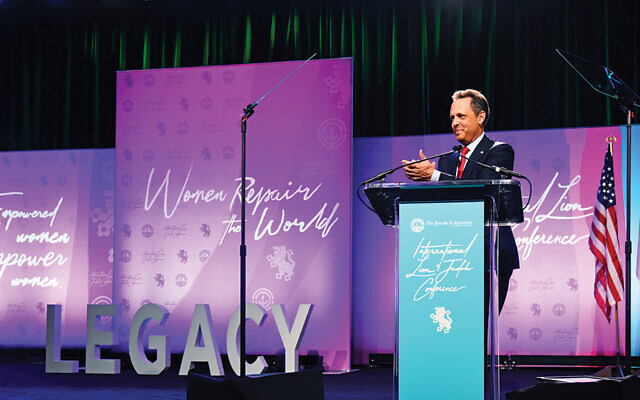 The Wilf Family Foundations has just given $15 million to the Jewish Federation of Greater MetroWest.

That is a massive gift. It’s jaw-droppingly large.

So how did it happen, and why? Who are the Wilfs, anyway?

“Our family has a long connection with the federation,” Mark Wilf said. Mr. Wilf, who lives in Livingston, is the son of Joseph and Elizabeth Wilf; a businessman and lawyer, he, his brother Zygi, and his cousins run the family business, the real estate development and management company called Garden Homes. The Wilf brothers, along with their cousin Lenny Wilf, also own the Minnesota Vikings; Mark is the president of the football team, and Zygi is its CEO.

The Wilfs’ American dream story began with nightmare in Poland. Both of Mr. Wilf’s parents, as well as his uncle, Harry Wilf, and Harry’s wife, Judith, were Holocaust survivors.

“My mother was born in Lvov,” Mark Wilf said. “Her mother, my Baba Miriam Fisch, was a hero. She had Christian papers, and she and her young children escaped from the ghetto and worked on a farm in the German-occupied area of Poland. A Polish lady owned the farm, and she did not know that they were Jewish. They lived there for almost two years. My grandfather was there as well, but he did not have those papers, so they hid him under the floorboards. 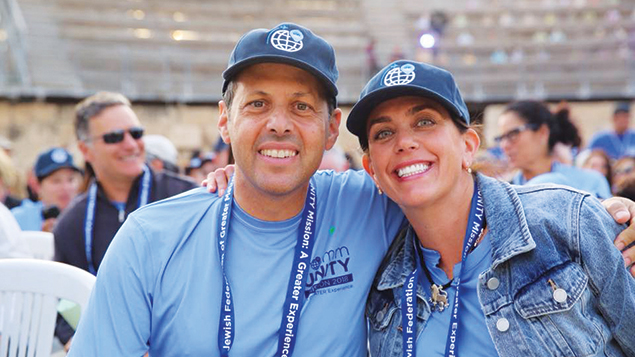 Mark and Jane Wilf are on a MetroWest
Federation community mission.

“They all survived; they were in a DP camp in Germany after the war, and then they came to the United States.”

Joseph and Harry Wilf were born in Poland but escaped to Siberia, where they were in a labor camp, Mark Wilf said. One sister stayed in Poland, where she was murdered; the rest of the family survived.

“My father and mother met in Germany and got married there, and my brother was born there. And then the Alabama Jewish community sponsored them, so they lived for a year in Alabama,” Mark Wilf said. Once they came north, the elder Wilf brothers started Garden Homes in 1954. “My father and uncle were very close. They really were inseparable, from their war years. They were a great example of a strong family bond. They had their desks back to back, they were that close.”

Joseph and Elizabeth Wilf began their East Coast life in Forest Hills, then a Jewish survivor enclave in Queens; in the mid 1950s, they moved first to Elizabeth and then to Hillside.

“A lot of survivors went to Elizabeth because Rabbi Teitz was a strong influence,” Mr. Wilf said. “He was a great leader.”

That was Mordechai Pinchas Teitz, who founded the strong Orthodox community in Elizabeth that is still flourishing, and that is home to the schools known as the Jewish Educational Center. “It was a bonded community,” Mr. Wilf said.

“I grew up my whole life, and my brother for most of his life, in New Jersey,” he continued. His father died in 2016, in New Jersey, and “my mother has lived in the same community for 62 years.

“We went to the JEC then; now, I belong to Etz Chayim in Livingston,” he added. 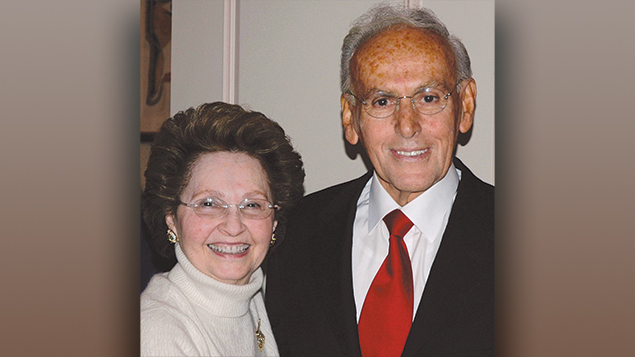 Elizabeth and Joseph Wilf survived the Holocaust and thrived in New Jersey.

The family’s dedication to Israel predates the war. “My father and my uncle were very Zionistic,” Mr. Wilf said. “They went to Zionist youth camps. They also were very driven, throughout their lives, to education, and they felt very strongly about giving back.”

When they came to the United States, like many survivors, perhaps most, and certainly most of the ones he knew in Elizabeth and Hillside, “they just rolled up their sleeves, and worked,” Mr. Wilf said. “They didn’t talk much about it. Some wrote a little about it, but mainly they were just living, moving, moving forward. They were driven to make a better life for their families.”

“So in 1964, my father and uncle created the Wilf Family Foundation. Not many people had established foundations then, but they wanted to perpetuate philanthropy for our family.

“The foundation is a way to provide support for Jewish causes. Its mission is to support charitable organizations in the United States, Israel, and abroad. It was set up to provide funds and to make sure that there would be a long and steadfast commitment to Jewish organizations.

“A nice byproduct is that it’s a vehicle where our family can continue the legacy of Joe and Harry in terms of giving and supporting their main causes, primarily Jewish causes. And we give to other organizations as well as to perpetuate memories of the Holocaust.”

Mr. Wilf talked about the $15 million donation that is the lead targeted gift in the federation’s centennial campaign, its most ambitious to date. “The community is hugely important to us,” he said. “We are very strong supporters of the community that once was Central and now merged into Greater MetroWest. We support many of the things it does — Holocaust education, care for the survivors, Jewish educational leadership, community security, and social justice all are very important to us. 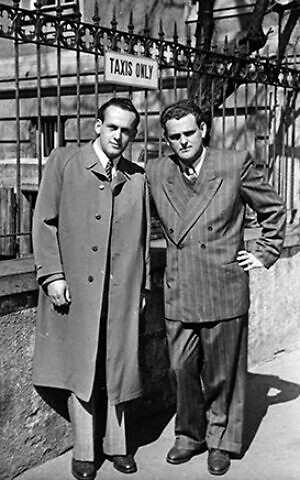 “I am a huge believer in the primacy of the annual campaign. I live it. I give my own time to it.” He’s now, among other things, chair of the board of the Jewish Federations of North America, the umbrella group to which the Greater MetroWest federation belongs. “It is hugely important that we have a strong infrastructure and a body that can respond to things that come up.

“When things are going smoothly, that’s one thing, but when there is a crisis — when there is a Tree of Life shooting in Pittsburgh — we learn about our vulnerability as a community, as individuals, and as the Jewish people.

“When covid happened, it affected the entire world. The Jewish community was able to respond because there is a strong federation and an annual campaign. There was a way to get smart professionals to implement strategy.

“We do all that we can in our family because we want a legacy ensuring that our kids and our grandkids and everyone in our community and future generations will have a strong state of Israel and a strong Jewish community.

“My parents felt the same way. That is the inspiration behind the gift. The federation is just one organization, but it directly affects so many others — the schools, the Holocaust remembrance family service, the care for vulnerable people, and so much more.

“My wife, Jane, is chairing the Centennial,” Mr. Wilf said. “We want others to join to help maintain a vibrant, stable community.”

As for community work and philanthropy, “it is very rewarding,” Mr. Wilf said. “You can’t predict what’s going to happen, or how it will happen, but one thing that is pretty consistent in Jewish communal life is that the thing that you don’t expect to happen does happen.

“Look at Pittsburgh. Look at Colleyville. Look at covid. I am so very proud of all the people who are really brave, who have such an incredible work ethic. Look at the work they did to provide comfort to people who were lonely, who were isolated. During covid, the community provided hundreds of millions of dollars of support and literally saved thousands of synagogues and schools and day camps and family services. Without a federation and without a communal response, they would not have been able to survive the incredible challenges of the last couple of years.

“I am very proud of the work of the federation, and that is part of why we want to make sure that it continues.”